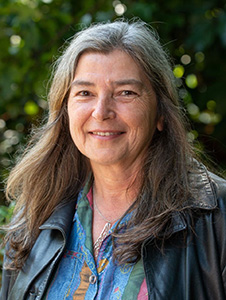 The number of people hospitalised because of assaults over the weekend reduced significantly following restrictions on late-night alcohol sales, new research from the University of Otago shows.

Following the introduction of regulations in 2013, which saw all bars and clubs close at 4am and no takeaway alcohol sales after 11pm, the number of assault-related hospitalisations reduced by 11 per cent.

Lead author of the study, Professor Emerita Jennie Connor from the University of Otago, says the decline was the largest among 15 to 29-year-olds, who made up more than half of those hospitalised, at 18 per cent.

The research, published in the international scientific journal Addiction, is part of a larger University of Otago project to evaluate the Sale and Supply of Alcohol Act 2012, funded by the Health Research Council of New Zealand.

The new law, which came into force in December 2013, abolished 24-hour alcohol licences and set maximum trading hours for all alcohol outlets. Now pubs, bars and clubs with an appropriate licence can be open between 8am and 4am and bottle shops and supermarkets can sell alcohol between 7am and 11pm.

As well as hospitalisations, the study looked at data from the New Zealand Police on the number of night-time assaults coming to Police attention. That analysis also showed a substantial reduction in assaults at the time the hours changed.

“The findings were heartening and were consistent with both reduced numbers of assaults and reduced severity of injuries, due to lower levels of intoxication late at night,” Professor Connor says.

“More than 90 per cent of alcohol outlets were not affected by the changes, as they were already operating within the maximum hours. Those that were compelled to close earlier had been disproportionately contributing to alcohol-related assaults.”

Professor Kypros Kypri from the University of Newcastle, Australia, who co-authored the paper says most of the previous research in this area concerned the effects of extending opening hours, finding that assault and other harms increased.

“There have been few studies of restrictions in hours or on the effects of such changes at a national level.”

Professor Connor would like late night alcohol sales to be further curtailed.

“There is a range of harms other than violence that are caused by late night heavy drinking including unintentional injuries and involvement in crime, and there are considerable social impacts,” she says.

“New Zealand’s alcohol regulations are still very permissive and further reductions could provide many benefits with little downside. California is an example of 2am closing being compatible with a vibrant nightlife.”

The article is published in Addiction https://onlinelibrary.wiley.com/doi/10.1111/add.15206