The study, just published in international journal Tobacco Control, tested the validity of industry assertions around the importance of tobacco sales to convenience stores.

Tobacco manufacturers and retailer groups have argued the product drives significant foot traffic into stores, and that those who buy tobacco spend almost twice as much on additional products as non-tobacco buying customers. 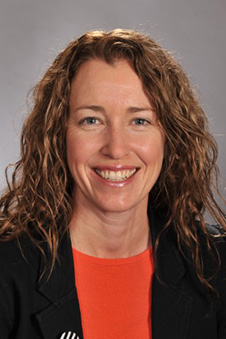 Dr Louise Marsh, of Otago’s Social and Behavioural Research Unit in the Department of Preventive and Social Medicine, says these assertions are a barrier to the Government developing policies to regulate tobacco supply and availability.

“To meet the New Zealand Government’s goal of reducing smoking rates to minimal levels by 2025, new measures are required to accelerate reductions in smoking prevalence, including tobacco retail reduction measures.

“Our study did not find evidence to support claims made about tobacco footfall in convenience stores, instead it supports policies to reduce tobacco availability,” she says.

For the Lottery Health-funded research, which was supported by the Cancer Society of New Zealand, and Hāpai Te Hauora (the National Tobacco Control Advocacy Service), researchers undertook random surveys of more than 3,300 people (aged over 12) outside 100 convenience stores in two New Zealand cities.

Tobacco was included in a minority of transactions (14 per cent) and was more often bought by itself (8 per cent) rather than with other items (5.5 per cent).

“Reducing tobacco availability is a key strategy in the Achieving Smokefree Aotearoa Action Plan as there is good evidence that reducing access to it supports many people who want to quit.

“This research calls into question industry claims about the importance of tobacco to convenience store businesses.”