Infectious diseases continue to be major causes of illness and death in developing countries.

Professor Crump’s work focuses on those that cause fever, a very common syndrome in the tropics and one that is often equated with malaria. 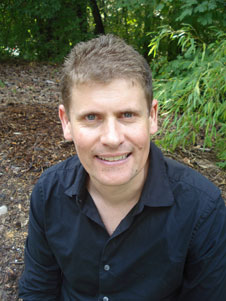 “However, malaria is not evenly distributed across the tropics and malaria has been declining worldwide since 2004. In many parts of the tropics malaria is over-diagnosed, and the majority of patients actually have an infection other than malaria.

However, whereas malaria can be diagnosed widely by microscopy or newer rapid diagnostic tests, laboratory infrastructure to diagnose other causes of fever is often lacking,” says Crump.

“When we look using enhanced laboratory capabilities, we find that invasive infections like typhoid fever and animal-associated infections like leptospirosis are often far more common than malaria among patients sick enough to end up in hospital. However, healthcare providers rarely consider these infections and patients often end up getting treated with antimalarials anyway. It is not surprising that patients with fever and malaria tend to be more likely to survive their illness than those with an infection other than malaria.”

Professor Crump graduated from the University of Otago in 1993 with MB ChB degrees.

He trained as an infectious diseases physician and medical microbiologist in New Zealand, Australia, the United Kingdom, and the United States, before joining the Epidemic Intelligence Service of the US Centers for Disease Control and Prevention, a role that took him to investigate infectious diseases outbreaks all around the world.

“This was my introduction to infectious diseases in the tropics. Afterwards, I jumped at the opportunity to lead a health research and capacity building programme in northern Tanzania.”

Professor Crump was based in northern Tanzania for 10 years leading a collaborative research programme between Duke University and Kilimanjaro Christian Medical Centre. “It soon became apparent that there was a real need to generate the data needed to improve the lot of patients with fever in the tropics. This eventually became my primary area of research interest.”

He returned to the University of Otago in 2011 as McKinlay Professor of Global Health and Co-Director of the Centre for International Health.

His work on causes of fever involves engagement with veterinarians, diagnostic experts and a wide range of infectious diseases specialists.

“Where ever we look, we find a different range of infectious diseases causing fever,” explains Crump.

“The ongoing work in Tanzania focus on animal-associated infections, and we are excited about new work getting underway through the University of Otago’s collaboration with University of Medicine (1), in Yangon, Myanmar (Burma).”