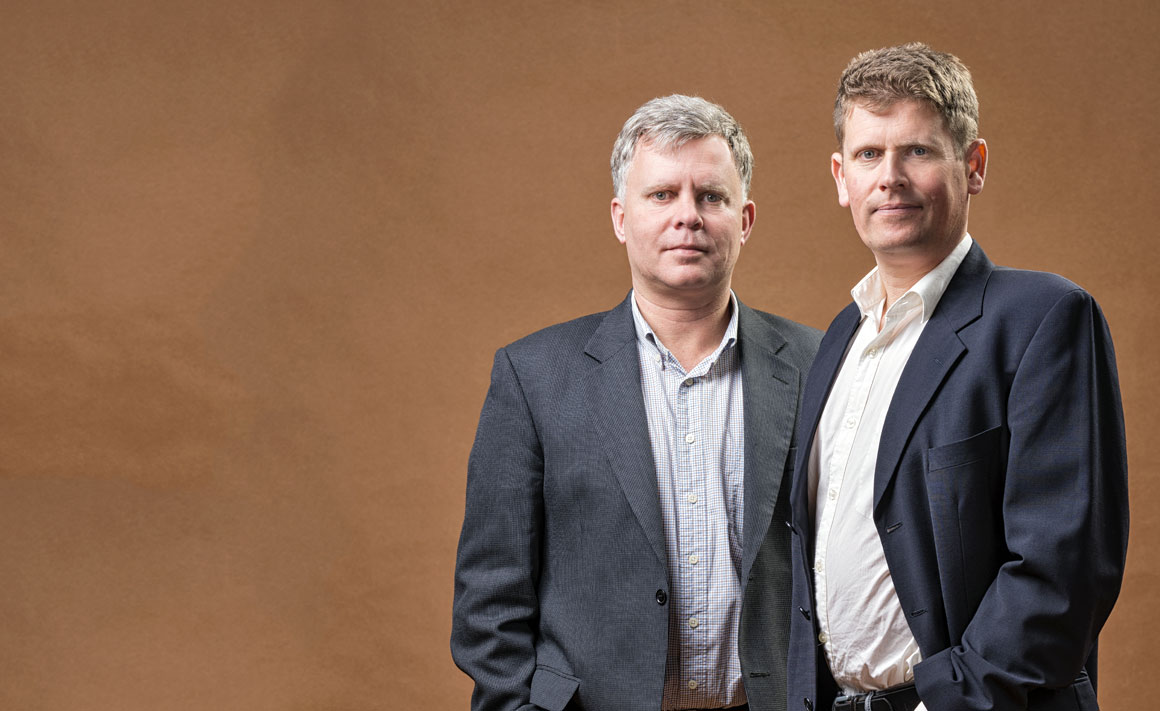 The Centre for International Health plays a significant role in projects in Africa, Asia and the Pacific, with partners from across the University and collaborators from around the globe, addressing some of the most pressing health issues facing the developing world.

In their work – from Tanzania to the Gambia, from Myanmar to Indonesia and beyond – they tap into a wide range of expertise from across the University, including clinicians, microbiologists and molecular microbiologists, public health experts, economists and mathematicians. They have also forged relationships and collaborations with research and aid agencies around the world.

For the past seven years Professor Philip Hill has been part of a collaborative tuberculosis research project in Indonesia, with the University of Padjadjaran in Bandung, West Java, undertaking European Commission-funded research into the causative links between infectious and non-communicable diseases – in this case tuberculosis (TB) – and diabetes mellitus. The €6 million ($NZ9.5 million) TANDEM (Tuberculosis and Diabetes Mellitus) study comprises a multidisciplinary consortium linking field sites in four TB-endemic countries – Romania, Peru, South Africa and Indonesia.

Involvement in a multi-site global project is also examining ways to shorten the treatment for people with a latent TB infection – that which has not yet developed into TB disease, but with the potential to do so.

"We have been working to develop a public-health framework around the roll-out of a new treatment regimen that stops the TB infection progressing to disease,” Hill says. “Whenever there is a policy around such preventive treatment, it usually doesn't get implemented very well, particularly in developing countries."

The project has now progressed to exploring the best way to roll out the regimen as part of a new $8 million programme funded by the Canadian Institutes of Health Research.

Running multiple projects in Indonesia does challenge human capacity, but Hill says their aim, along with partners in the Netherlands in particular, has always been to build local research capacity. There are now four Indonesian TB researchers with international PhDs and, next year, the first Indonesian Otago PhD student will come here on an Otago scholarship.

Hill says there is a need to understand more about how the disease is moving around the population. A large multi-million-dollar programme is being developed between the USAID and European agencies to undertake research into such transmission in Indonesia, which they are bidding to host.

“We are now seeing more partnership between aid organisations and research organisations such as the US Agency for International Development and US National Institutes of Health.”

One of the special features of the Centre for International Health’s work is the relationship it has developed with Myanmar.

"Beginning during the British colonial period, it was a very prominent medical school in South-East Asia with a proud tradition of excellence."

A memorandum of understanding was signed between the two universities in November 2012 (and formally re-signed in 2015) to develop collaborative activities in training, particularly focused on postgraduate training of early-career faculty members, research and capacity building, including infrastructure development.

"It is recognition of Otago's dedication to the relationship and also the fact that Myanmar has become much more open to collaboration in research and a potential source for students seeking postgraduate education opportunities," says Crump.

Fever is a common clinical presentation in the tropics and, Crump says, the tendency is to assume malaria is the leading cause. However, better and more widely-available diagnostics show that, in many places, only a small minority of patients with fever actually have malaria.

"Perhaps more worrying, if you look at the inpatient setting, patients with malaria actually have a lower risk of dying than patients who have fever but don't have malaria. That probably reflects the fact that you're very likely to get malaria treatment, but you're unlikely to have your cause of non-malaria fever identified and treated."

Dr Tin Ohn Myat, a PhD student from Myanmar, is looking among fever patients at Yangon General Hospital (the city’s leading teaching hospital) to see how much fever is malaria-related and how much is caused by blood poisoning or infections such as leptospirosis.

The aim, Crump says, is to position the University of Medicine (1) in a large multi-centre fever aetiology study that will provide a snapshot of causes of non-malaria fever worldwide.

A key development is the recently launched e-ASIA Joint Research Programme. A collaboration of mostly Asian and South Pacific countries, including New Zealand, Japan and the USA, it is designed to develop collaborative health research in the Asia region through multilateral joint-research programmes.

Applicants needed to have an existing collaboration involving three countries so Otago was able to use its Indonesia relationship and developing Myanmar relationship to create a project around TB which was chosen for funding.

"For us this was a fantastic triangulation of two major existing collaborations, linking Philip's expertise in tuberculosis with that of Professor Greg Cook and Dr Htin Lin Aung* in the Department of Microbiology, and also bringing external funding to the Myanmar relationship, which represents the first externally-funded project for that important collaboration."

The project will look at whole-genome sequencing in relation to drug resistance in TB which is an increasing problem worldwide.

New DNA testing using patient sputum enables the bacteria to be checked quickly for resistance to particular antibiotics, rather than waiting weeks for more traditional tests for drug resistance.

Hill says the field is advancing rapidly and it may soon be possible to sequence the whole genome using equipment that is not only more portable, but more affordable for developing economies where TB is prevalent. This also enables researchers to see the links between strains and even trace the sources of infections.

* Aung recently received a New Zealand–ASEAN award for his role in the collaboration between the University of Otago and Myanmar health sector institutions, contributing to New Zealand’s strengthening relationship with the South-East Asia region.

These are collaborative projects involving multiple partners within the Zoonoses in Emerging Livestock Systems (ZELS) programme. Funded by the UK Biotechnology and Biological Sciences Research Council and UK Department for International Development, they are linked to veterinary collaborators at the University of Glasgow and long-standing Tanzanian partners.

Crump is scientific principal investigator on one project and co-investigator on the other two. He leads the project examining Campylobacter and Salmonella – major causes of diarrhoea and blood poisoning in Africa – in the meat pathway and is closely aligned with Otago's One Health strategic relationship with livestock experts at Massey University, set up to investigate the interplay among human, animal and ecosystem health.

He says Tanzanian tribes, such as the Maasai, raise mixed herds of cattle, sheep and goats for their own use, but increasingly they are selling them to markets and abattoirs for wider distribution, meaning food-borne infections could be spread.

“So we're looking at how these risks for Salmonella and Campylobacter are changing as livestock systems transition in places like Tanzania, with a goal of improving human health and trying to improve the economic opportunities for poor farmers. This is an area where New Zealand has obvious strengths with world-class scientists and can contribute to a low-resource country.”

Another of the three projects is focused on brucellosis, a livestock disease of cattle and goats that can also be transmitted to humans, to see how it is being transferred and to develop animal vaccines, both to protect human health and improve livestock production.

The third project focuses on the milk pathway, trying to understand how milk is transitioning from being a subsistence product within villages, to something that is being commercially distributed.

"That involves a lot more social science and economics, trying to understand value chains, and we also have geographers involved. They are all multidisciplinary projects and they all build on long-standing relationships between long-term partners," says Crump.

"It is another example of the spirit of our vision for global health and how we'd like to see New Zealand and the University engage across disciplines."

Hill continues to collaborate on TB research in the Gambia, seeking to understand why some people who come into contact with TB do not end up getting the disease – work linked to research he is undertaking in Indonesia.

"If you find characteristics of certain individuals who don't seem to get infected, then it is quite good to validate your findings in that research on another population."

Pneumococcal disease – and the bacteria that cause a large proportion of pneumonia – is another significant focus.

"We now have effective vaccines, but because they don't cover all the sub-types of that pneumococcus organism you can get a phenomenon called replacement, where those types not covered can take over the niche."

The Gambia has the largest recorded number of different potential replacement pneumococcal serotypes so, several years ago, a surveillance system was established, funded by the Bill & Melinda Gates Foundation, and that has had extended funding totalling $US10-12 million.

Seven years of surveillance information is now being analysed and is showing promising results, including a reduction in disease caused by the pneumococcal bacterium of around 50 per cent, despite the replacement phenomenon.

In the Pacific, Crump is using his expertise in febrile illness, as part of a multidisciplinary team working with the Fiji Ministry of Health, to establish the best method of typhoid control.

He is working with vaccine specialists from London and Melbourne, and geneticists who are tracking the spread of strains through the Pacific. The project also includes ecologists from Perth who are looking at environmental degradation issues and contamination of surface water.

Crump says this is an excellent example of the One Health concept, bringing together both human health and environmental health expertise.

"This is a unique project because there really hasn't been work on the relationship between environmental degradation, contamination of surface water with human faeces, and typhoid risk."

Otago is contributing to running a community case-control study with the Fiji Ministry of Health to see what exposures and activities put people at risk of typhoid.

"If typhoid's all about surface water then the interventions would be quite different than if there was a problem with food contamination among attendees to weddings and other community events."

Fiji is also interesting from the vaccine development perspective, he says, because it is a small, geographically isolated country with potential to trial new vaccines.

Meanwhile, a community-based Chlamydia prevalence survey of sexually-active women carried out with the National University of Samoa has helped give a clearer picture of infection rates.

Hill says it has been valuable in developing a research relationship there and the focus now is on what Samoa wants to do next.

The Centre for International Health has established a service arm: Global Health Link Otago. Through this, Dr Susan Jack has taken part in a number of consultancy projects, including World Vision Otago work on a water and sanitation project in Vanuatu.

Hill says masters’ and summer students from Otago go to Vanuatu to assess the effectiveness of the World Vision project. Jack has also been instrumental in evaluating New Zealand's rheumatic fever programme.

"So we have expanded that service arm to be involved in issues around the poorest communities in New Zealand, as well as the poorest people in other parts of the world."