The Royal Commission of Inquiry into Abuse in Care shows New Zealand has failed to protect a generation of children and alternatives to foster care need to be seriously considered, an Otago researcher says.

A newly-released study, Fostering the family not just the child, argues residential intervention programmes for women and their children have the potential to change families’ lives for the better, and are worth investigating robustly as an alternative to state care. 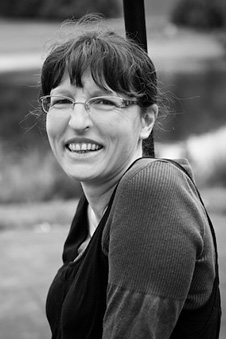 Co-authors Dr Charlene Rapsey and Cassandra Rolston, from the Department of Psychological Medicine, based their study on in-depth interviews with women using a residential programme, as well as the staff supporting them.

The North Island intervention they examined, which runs each year, requires women and their children to undertake an intensive 6–12 month structured support programme and participate in therapeutic and parenting skills-based initiatives in order to avoid parent-child separation.

Women interviewed by Dr Rapsey’s team said they had all experienced childhood abuse or neglect, and several had backgrounds that included alcohol abuse, family violence, and mental illness.

Women admitted to the programme would have otherwise had their children removed from their day-to-day care and placed in foster care. Some women had already lost care of their children and had other children in different care settings.

The women in the study described how their perspective changed when they entered the programme, from a place of resistance and defensiveness, to trust and vulnerability.

“I didn’t think it was my fault,” one woman said. “I didn’t think I needed to be here. So everyone has that, everyone I talk to who comes in, new mums are like ‘I don’t know why I’m here’.”

Another said, “Throughout my addiction I still thought I was there for my children, but I can see now that maybe I wasn’t there so much as what I should have been.”

They described their increased parenting confidence after participating in the programme.

“I now look at my children in a different way,” one woman said. “I’ll be their mum, not their best friend…I can draw the line between mother and best friend.”

Dr Rapsey said the women credited the programme with huge changes in their lives but also that the women brought with them a strong love for their children that made change possible.

“My strength for my children is what’s kept me clean throughout the programme… It’s for my kids, it’s for my family, for my kids and that’s all there is to it”, said one woman.

“I didn’t trust them at first because I was like, “I don’t know, I could still lose my children’,” said one woman.

Programme staff described how the overarching concept of awhi (to embrace, support and nurture) was expressed by staff members.

Instead of judging the women and telling them what to do, it was important to support their parenting journey and praise their progress, role modelling a positive family environment, staff said.

Dr Rapsey says her team’s research provides initial evidence that long-term intensive interventions with mothers, allowing them to continue caring for their children in a safe environment, may be of greater benefit than removing a child into foster care.

“It is expensive in the short term but if it is effective it would result in long term cost-saving,” she says.

“However one of the barriers to this research is that children in foster care are seen as a small group and that research in this area won’t have wide-spread impact.

“Although this is a small group, they carry a disproportionate burden of poor outcomes,” she says.

She says additional research to determine the long-term benefits of this type of intervention is essential.

Fostering the family not just the child: Exploring the value of a residential family preservation programme from the perspectives of service users and staff will be published in Child and Youth Services Review in 2020.

The residential programme was located in a large urban city in northern Aotearoa/New Zealand and run by a non-governmental organisation.

Participants were most commonly referred to the programme by child protection services and while taking part in the programme children were under joint guardianship of the parent and the State (this is the legal status of children when placed in foster homes).

Referrals were accepted from throughout the country, thus a woman and her children may have relocated some distance to be in the programme.

The women were not mandated to attend but the alternative was that their children would be removed from their custody.

They typically remained in the programme for 6-18 months, living together in small private units with communal cooking and dining facilities.

There was a strict daily routine with children in child care or school, while the women took part in group therapy, individual therapy, parenting classes with a focus on attachment theory, and family violence class.

Once participants graduated, staff remained in contact and provided various levels of support.