Boxing: what lies beneath

Repetitive head trauma is found to be a risk factor for Alzheimer's disease and is considered to be the primary cause of Chronic Traumatic Encephalopathy (CTE) according to a study published in the British Medical Journal in 2015, where researchers found repeated head blows sustained by fighters could lead to slower cognitive processing speeds as well as shrinking certain areas of the brain. 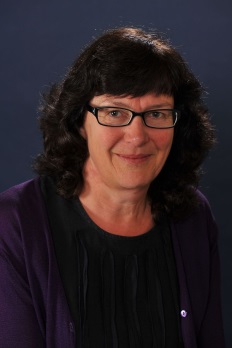 Dr Jane Millichamp (right), a professional practice fellow and registered psychologist within the Dean’s department of the Dunedin School of Medicine, agrees that CTE is associated with repeated injuries to the brain, and is especially prevalent in sports such as boxing, rugby and wrestling.

"Boxing is the sport that appears to have the highest rate of CTE. This may be due to the fact that boxing involves a deadly combination of repeated blows and the application of extreme rotational forces to the brain.

"While research on CTE is in its infancy at present, there are some generally observed symptoms, involving: cognitive malfunctioning (problems with attention, concentration and memory, disorientation, confusion, etc); emotional and behavioural problems (irritability, apathy/lack of motivation, anger, suicidality); movement and motor disorders (slurred speech, poor gait)."

The symptoms appear gradually and progress over time, Dr Millichamp explains. The onset of CTE is usually in mid-life, sometimes many years after the initial trauma has occurred.

"One of the most worrying aspects of this disorder is its delayed onset and the fact that it is often difficult to detect or diagnose at the time when the damage is being done. The most conclusive evidence of CTE is only available after the individual has died and pathological analysis is possible."

A person who has been concussed can suffer from problems with balance, vision, fatigue and cognition, all of which increases the likelihood of a subsequent accident or misjudgment. Additionally, a concussed brain is more susceptible to being damaged again. Hence the related problem of "second-impact syndrome", when a person suffers a further concussion before the initial one has healed.