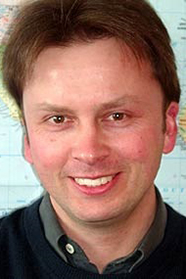 Alan’s current research interests primarily relate to the application of time-series modelling techniques (in particular, cointegration and unit-root tests) to a variety of applications. These include: modelling the determinants of international trade flows, testing the income convergence hypothesis, investigating the behaviour of expectations in the presence of an inflation target, and modelling the determinants of carbon emissions. His main area of teaching interest is international economics – in particular, open economy macroeconomics.

Take a look at Alan’s selected publications below:

King, A. and Ramlogan-Dobson, C. (2014) “Are income differences within the OECD diminishing? Evidence from Fourier unit root tests.” Studies in Nonlinear Dynamics and Econometrics, 18: 185-199.