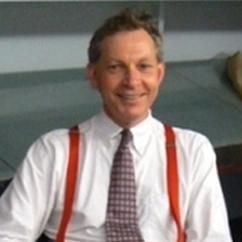 Andrew joined the Department in December 2010 on a half time basis, spending the rest of the time as an economist in Wellington, most recently at the New Zealand Treasury and Motu Economic and Public Policy Research. In 2010 he was a member of New Zealand's Saving Working Group.

Andrew currently researches intergenerational economic issues, with a particular focus on New Zealand Superannuation, housing, and taxation. In recent work, he develops dynamic heterogeneous agent models to analyse the relationships between taxes, and urban land markets. His current work is focused on how the tax system affects the way transport infrastructure is capitalised into land values. He also is using the department's 1000Minds software to investigate what New Zealanders want from government pension programmes.

Andrew's earlier work also was more focused on how transport systems determined the patterns of prices and economic activity through time and across space. One branch of this work uses disaggregated computer based models and historic data sets to analyse how transport networks affect spot and forward commodity prices in different locations. Another examines the relationship between interest rates and exchange rates, with a particular interest in the way that exchange rates were determined during the Gold Standard era when gold was shipped between countries

Take a look at Andrew’s selected publications below:

Coleman, A.M.G. 2009. “Storage, slow transport and the law of one price: theory with evidence from nineteenth century U.S. corn markets,” Review of Economics and Statistics 91(2) 332-350.