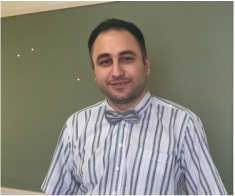 Murat’s research and teaching are mainly focused on the area of international macroeconomics and trade, with an interest in growth and development. His recent work has been centred on the analysis of China’s structural transformation and economic growth performance, with a view to a) establishing the role that trade and other liberalization policies made in this process, and b) assessing the impact that China’s development and openness have had on the de-industrialization of the world’s mature and developing economies.

His current research investigates the quantitative consequences for the structural transformation of employment and output, and for the optimal pattern of trade in goods and services, in a country experiencing productivity driven economic growth which favours some sectors more than others.

Another avenue of current research is to bring together elements from disparate strands of literature and ask why the process of structural transformation, regarded as an important feature of the development process, has been slow in Africa.

Take a look at Murat’s selected publications below: