In 1800, poet and playwright Joanna Baillie dedicated her Series of Plays to her physician brother Matthew Baillie for his “unwearied zeal and brotherly partiality”; Matthew himself had recently edited the anatomical research of their uncles, John and William Hunter. At century’s end, Oscar Wilde cited his mother Jane Wilde’s translation of Sidonia the Sorceress (1849) and his great-uncle Charles Maturin’s Melmoth the Wanderer (1820) as his “favourite romantic reading when a boy.” Family played an important role in the literary and artistic productions of the long nineteenth century, from the Burneys to the Brontës, and the Rossettis to the Doyles. Critical approaches ranging from Noel Annan’s “Intellectual Aristocracy” to Bruno Latour’s Actor-Network-Theory have provided useful ways of assessing and contextualising the role of family in the creative production of writers and artists, but still the role of the family remains underexplored.

"Family Ties” is a three-day symposium at the University of Otago, Otago Museum, and the Dunedin Public Art Gallery, focused on British literary and artistic families in the nineteenth century. 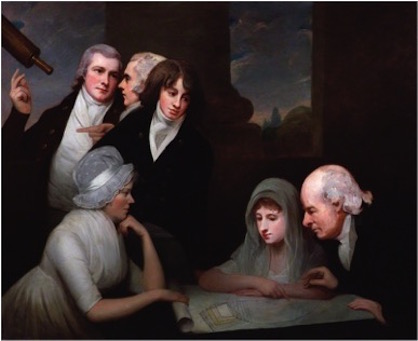 The final schedule of the symposium is now available.

The symposium coincides with “Keeping it in the Family: British and Irish Literary Generations 1770-1930,” an exhibition at Otago’s Special Collections, and precedes the 16–19 February RSAA conference in Wellington, New Zealand. There are direct flights between Dunedin and Wellington, and we hope many participants will attend both events. “Family Ties” is made possible by generous support from the Royal Society of New Zealand Marsden Fund. It will be an opportunity to share the first results of the three-year Marsden funded project, “Global Romantics: How the Porter Family Shaped Nineteenth-Century Art and Literature.”