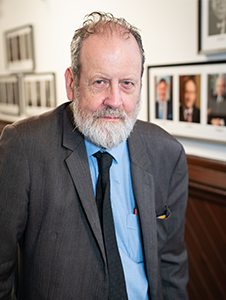 He’s an Otago graduate, a life member of the Otago University Students’ Association, a former senior tutor, and for the past 33 years has told the stories of the University.

Otago Daily Times reporter John Gibb is retiring at the end of June, and we thought it was about time we reversed the roles and asked him the questions.

In an interview peppered with anecdotes, and quotes from authors and philosophers, John Gibb is a reminder that there is more to journalism than clickbait and headlines. And that a constant voice playing the long game can make a lasting impact.

Otago has been lucky to have this thoughtful, inquiring mind telling its stories.

Q. Could you walk me through your time here at the University of Otago, as a student in humanities, your work with Otago University Students’ Association (OUSA) and subsequently as a reporter on the University round for the ODT?

After my first year at the University in 1971, I became a BA (Hons) student, initially joint honours in English and Philosophy, switching to English honours only after my second year, but continuing philosophy for a third year.

My first year at Otago was also the year of a massive University registry sit-in, one of the biggest, if not the biggest, in New Zealand university history, in a dispute about University discipline regulations.

It was an exciting time to be a student, with a continuing debate about the Vietnam War in the background and plenty of lively visitors to the University Union main common room, including a younger Tim Shadbolt.

In my third year I became a student literary editor, editing the back poetry page of the-then broadsheet student newspaper Critic, after having the previous year had the good fortune of meeting poet, friend and later Burns Fellow Peter Olds, who did a superb job of editing the page in 1972, the previous year. In 1974, I co-edited the OUSA publication Review, and edited it in 1975.
I also guest edited several issues of Critic in 1976 when the editor, Bronwyn Evans, was touring China.

After completing my degree I tutored part-time for several years in the English department and spent a year on the OUSA executive in 1977 as publications manager, later becoming an OUSA life member. I also did many other things that year, including serving as selector-coach of the University’s successful, televised University Challenge quiz team.

After working for several years at the University Bookshop, I went to the-then Wellington Polytechnic journalism school in 1984 and worked at the Whanganui Chronicle for several years before starting at the Otago Daily Times in early 1988.

I initially held the main university round for more than 10 years, later shifting more into the research side, and also covering some other things, such as Otago Museum and later Toitū Otago Settlers Museum and ACC.

Q. Were there any teachers that stood out for you?

Today, English and linguistics, Philosophy, History and foreign languages have their own brightly shining stars, but when I began at Otago in 1971 there were many brilliant people to engage with and admire: in English, Professor Alan Horsman, Professor Colin Gibson, Professor Margaret Dalziel, Professor Jocelyn Harris, among many others; and the legendary Professor Ray Stone and other memorable figures in French; in Philosophy, Professor Alan Musgrave and others, including the wonderful Dr David Ward and Gwen Taylor; and in History, Associate Professor Gordon Parsonson, among others. 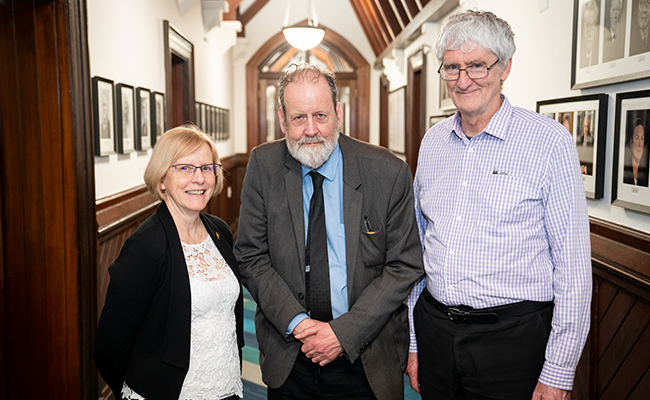 Q.Of all the University stories that you have written, are there any that stay in your mind?

Many stories come to mind, including about Associate Professor Lynnette Jones, in the School of Physical Education, Sport and Exercise Science, who has for many years been helping make an important difference, through tailored exercise programmes, to the life chances of former patients recovering from breast and some other cancers.

Otago geologist Associate Professor James Scott also told me about finding a piece of peridotite rock in Wanaka that is 2.7 billion years old, more than five times the age of the previously oldest-known New Zealand rocks; and Professor Ewan Fordyce’s stream of discoveries of ancient fossil marine creatures, including in North Otago, has also been remarkable. And I've had the pleasure of interacting with some of the university's finest academics over the years, including Professor Sir Alan Mark, Professor Warren Tate, Professor Craig Rodger and many others.

Q. Why do these stories resonate with you?

It’s the power and delight of new things and new insights, some of which, in the health field, can help people live longer and with better quality of life; or to discover more about the richness of life.

Economically the University has helped Dunedin enormously, but there’s also the excitement of ideas – not only the excitement of scientific ideas but also in the humanities. Science has a very important part to play in our future but humanities also has a huge role in that it teaches people how to communicate and helps to grow awareness about empathy and values.

Q. There will be many people in Otago who only know the University through your stories. What is it about university stories that interest people?

The University is the biggest employer in Dunedin and often has the biggest building programme, and all of that, involving jobs, working lives and money, generates interest.

In research, where I have been operating mostly, there’s something in a German word for curiosity ‘‘neugierig’’, which could be translated semi-literally as ‘‘eagerness for the new’’. Some university research projects and related stories are, a bit like certain science fiction, offering an early guide to the future, and future everyday technological applications, as, in Otago physics, Professor Robert Jack undertaking the first New Zealand experiments in transmitting voice and music via radio in the early 1920s, Keith Dawber in his later wind energy work helping pave the way for wind turbines and farms, and Professor Gerry Carrington and his work on thermodynamics, helping improve energy efficiency and contributing to the eventual rise of domestic heat pumps.

The poet W. H. Auden once said of poetic talent that it was ‘‘the power to make personal excitement socially available’’. In some university stories there's an excitement about the future, and about hopes for a world to come that might be improved in various ways, as well as being fairer and healthier.

Q. What do you enjoy about journalism as a profession?

Journalism has given me a chance to be exposed to a lot of ideas. I’ve met a lot of striking people and that’s been fantastic. I’ve had a lot of experiences I wouldn’t have had if I hadn’t been a reporter. And I enjoy listening to people.

Writing can be a very challenging job – there's a line often attributed to Samuel Johnson: “what is written without effort is in general read without pleasure”. Sometimes writing can be a very painful task, so it’s not the easiest job in the world, but I think it’s a rewarding job. I wanted to do something that was morally satisfying.

Q.How have things changed since you began reporting University stories?

Early on in the process there wasn’t quite so much printed material and I think there was initially a desire by the university to try to not produce all that much in writing, and then micro-manage what had been produced. In the old days sometimes stories would come out in an overseas scientific journal, and at the weekend people would be scratching around trying to find out what was going on, whereas now the University is a lot better about not having those stories slip through the cracks.

With internet publishing what’s sometimes happening now is that stories are being published on the internet before the ODT has even had a chance to publish them, so I think there’s a desire for us to find original material that doesn’t appear in press releases, so we’re still trying to dig things up.

I think gradually we’ve seen New Zealand become much more culturally inclusive and diverse, and you see that at the University.

There’s a lot more Otago Daily Times coverage of the University now than when I was a student and there’s a lot of interest in what goes on at the University. One of the things I’ve been doing is translating some aspects of University research for the general public and that’s a job that I’ve enjoyed.

I’ve been doing what I’ve been doing for something like virtually a third of a century. I think the university now is a lot better organised about telling its stories, and also has a lot of academics who are engaging well with the public. 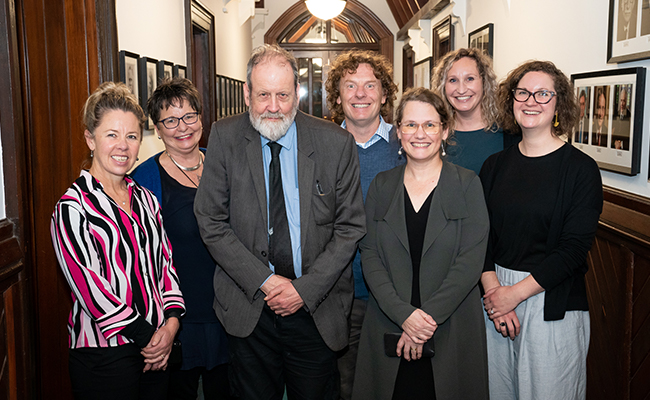 Q. How would you describe the relationship between the University and the ODT?

Having news media around acts as a check and balance – each of each other, they’re a good combination. I think the University and newspaper contribute to creating a richer society.
The University and media need each other, and I think it’s actually been a pretty good marriage – like many marriages there can be awkward moments, but it hasn’t ended in divorce so far.

Q. How do you view the University’s place in the city and region?

The newspaper maintains an overall neutral, watch-dog role, and continually digs for sometimes inconvenient information, and when issues arise, say, over a staff restructuring, will publish voices of dissent as well as of those supporting such changes. That is simply a key part of the role of the Fourth Estate.

Nevertheless, what the university is doing, in general, is life affirming. It’s helping individual people and some key groups of people advance themselves, and this is a positive transformative thing. It also contributes to making life a lot more colourful and vibrant and rich. Education is a powerfully liberating thing.

The University has brought many positive benefits, in research and health, to make New Zealand and Dunedin and Otago a better place.

I think the last sentence in Sam Elworthy’s book Ritual Song of Defiance where he talks about what students are contributing, he used the phrase ‘a welcome spirit’ and I think students - despite their occasionally irritating habits –are a welcome spirit for Dunedin, and so is the University.