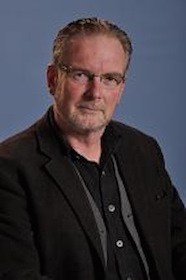 My main area of writing and research is the eighteenth-century literary titan, Samuel Johnson, and his friend and biographer, James Boswell. My edition – the first ever – of a selection of Boswell’s journalistic writings was published in June 2014 by Yale University Press. My fourth-year “Grub Street” paper explores some of these interests, and I would welcome the chance to supervise honours and postgraduate work on these subjects.

I have an abiding interest in the twentieth-century Oxford-based literary group, the Inklings, particularly C.S. Lewis and J.R.R. Tolkien. These two writers are best known respectively for the Chronicles of Narnia and The Lord of the Rings, and I am interested in “golden-age” fantasy generally. In 2011 and 2012, my accounts of my discoveries concerning Lewis (an unreported interview for television) and Tolkien (the illustrations for The Lord of the Rings that he almost approved for publication) were featured in the Times Literary Supplement.

I am interested in the ongoing transformations of writing and media, and the neglected place of non-canonical genres, particularly the essay, in the history of reading. The essay is the focus of my popular undergraduate papers in writing.

The four authors who are my main research subjects were all in their own times writers for a popular readership, and still enjoy a considerable non-academic following. I consider myself a professional apologist for literate culture, and seek opportunities to address audiences outside scholarly institutions and publications. I have written for newspapers and magazines, and spoken on radio and television, in Australia and New Zealand.

The exceptionally curious may wish to see my entire CV.

Samuel Johnson's "Designs": A facsimile of the Manuscript, with a New Transcription and an Introductory Essay (New York: The Johnsonians, 2008).

“Free Verse and Traditional Form in Eliot, Lawrence and Hope,” AUMLA: Journal of the Australasian Universities Language and Literature Association, 93 (May 2000), 37-50.

“The Rambler's Second Audience: Johnson and the Paratextual 'Part of Literature',” the Bulletin of the Bibliographical Society of Australia and New Zealand, 24: 4 (Fourth Quarter 2000), 239-56.

I have written by invitation eighteen reviews of scholarly titles for academic journals.

I believe it is important for scholars – and particularly for me, as a teacher of writing – to write for non-specialist audiences; so I continue to write reviews and other articles for publication in The Age (Melbourne), The Australian, Eureka Street, Quadrant, The Southern Johnsonian and (recently) The Otago Daily Times.

Those who have too much time on their hands may wish to see and hear me in the following:

Literary Detective: interview in The University of Otago Magazine
http://www.otago.ac.nz/otagomagazine/issue34/profiles/otago048763.html