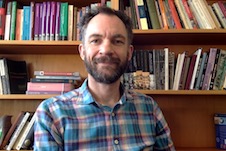 My research interests have two main threads. Firstly, Amazonian languages, in particular those of northwest Peru, and their historical connections with other Amazonian and Andean languages. Secondly, my work in grammatical description relates to larger concerns with how individual and cultural knowledge are expressed through language, and what are the interpersonal and cultural factors that interact with diachronic processes of language change.

I have extensive fieldwork experience with Aguaruna (known to its speakers as Iiniá Chicham), a language in the small Chicham family (formerly known as Jivaroan), spoken by about 55,000 people in Peru’s Amazonas and Loreto regions; and Kandozi-Chapra (Candoshi-Shapra), an isolate spoken on the Morona and Pastaza rivers in Loreto, Peru.