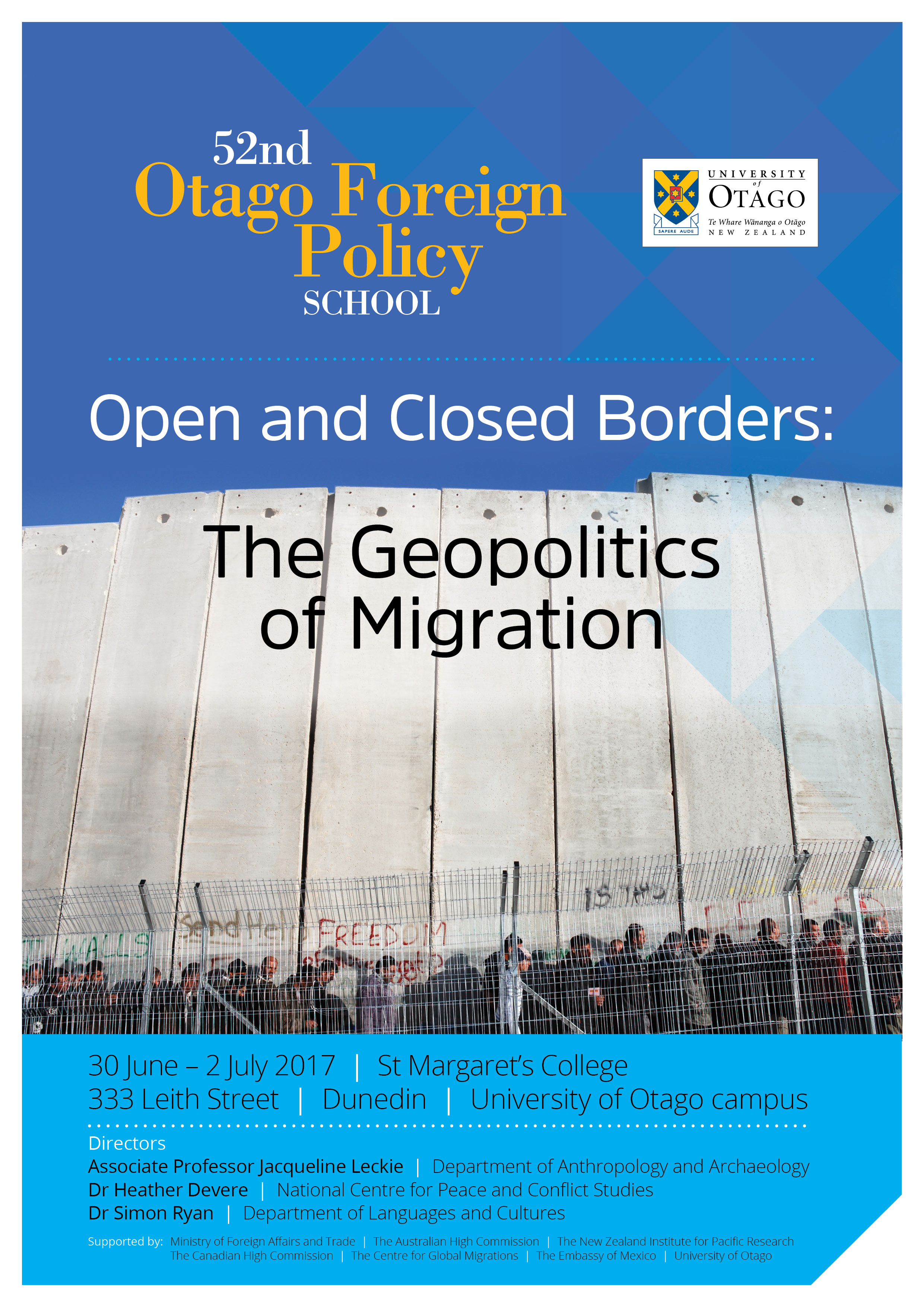 Media  channels deliver a daily flood of reports on forced migration events occurring  in many parts of the globe. Whether forced migration is induced by disasters, development programmes, climate change or armed conflict, at every point national and international boundaries and borders - political, economic, legal and ethical - are being challenged, often acutely.  Geopolitical responses to the current scale and depth of the human suffering which stems from forced migration range greatly in kind and in their level of commitment to workable solutions. These responses involve a broad range of governmental and non-governmental agencies. No territory, including Aotearoa/New Zealand, remains unaffected by the web of consequences that links forced migration events, including the immiseration of victims, people smuggling, human trafficking, and the real and imagined impact on the places and populations through which the displaced transit or where they hope to settle.

The venue is St Margaret’s College, 333 Leith St, Dunedin, University of Otago campus.
The School begins Friday evening at 5:30 pm with a cocktail function and finishes Sunday at 5:00 pm.