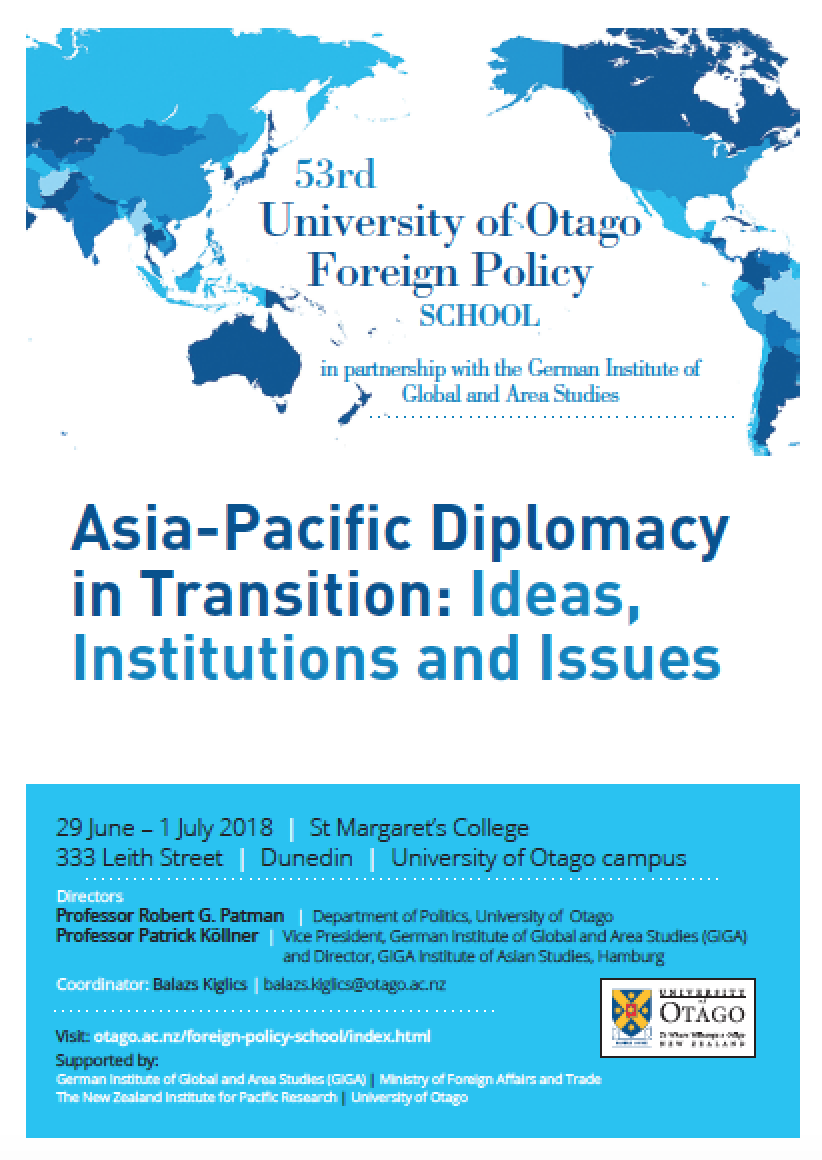 In the 21st century, the Asia-Pacific region has been affected by a growing tension between deepening globalization – a process powered by revolutionary changes in communication and information technologies that have made states more interconnected and more vulnerable – and the revival of great power rivalry, a development which presupposes that the capacity of great powers to determine events remains as strong as ever. This uneasy co-existence between globalising forces and enduring Westphalian principles is creating new and difficult challenges for diplomacy in the Asia-Pacific. The 53rd University of Otago Foreign Policy School addresses this issue by bringing together an international team of scholars, policy practitioners and observers to explore five inter-related themes:

- The Diplomacy of US, China and India
- The Diplomacy of Economics and Trade
- Institutions and Regional Diplomacy
- Civil Society Context: Autocracy, New Actors and Democratization
- Security Dynamics of Contemporary Asia-Pacific

In addition, the 53rd School will convene two Roundtable Sessions on:
- The Challenge of Institutional Adaptation for Foreign Ministries in the Asia-Pacific
- New Zealand and the Asia-Pacific 75 years after the establishment of the Ministry of Foreign Affairs and Trade (MFAT)