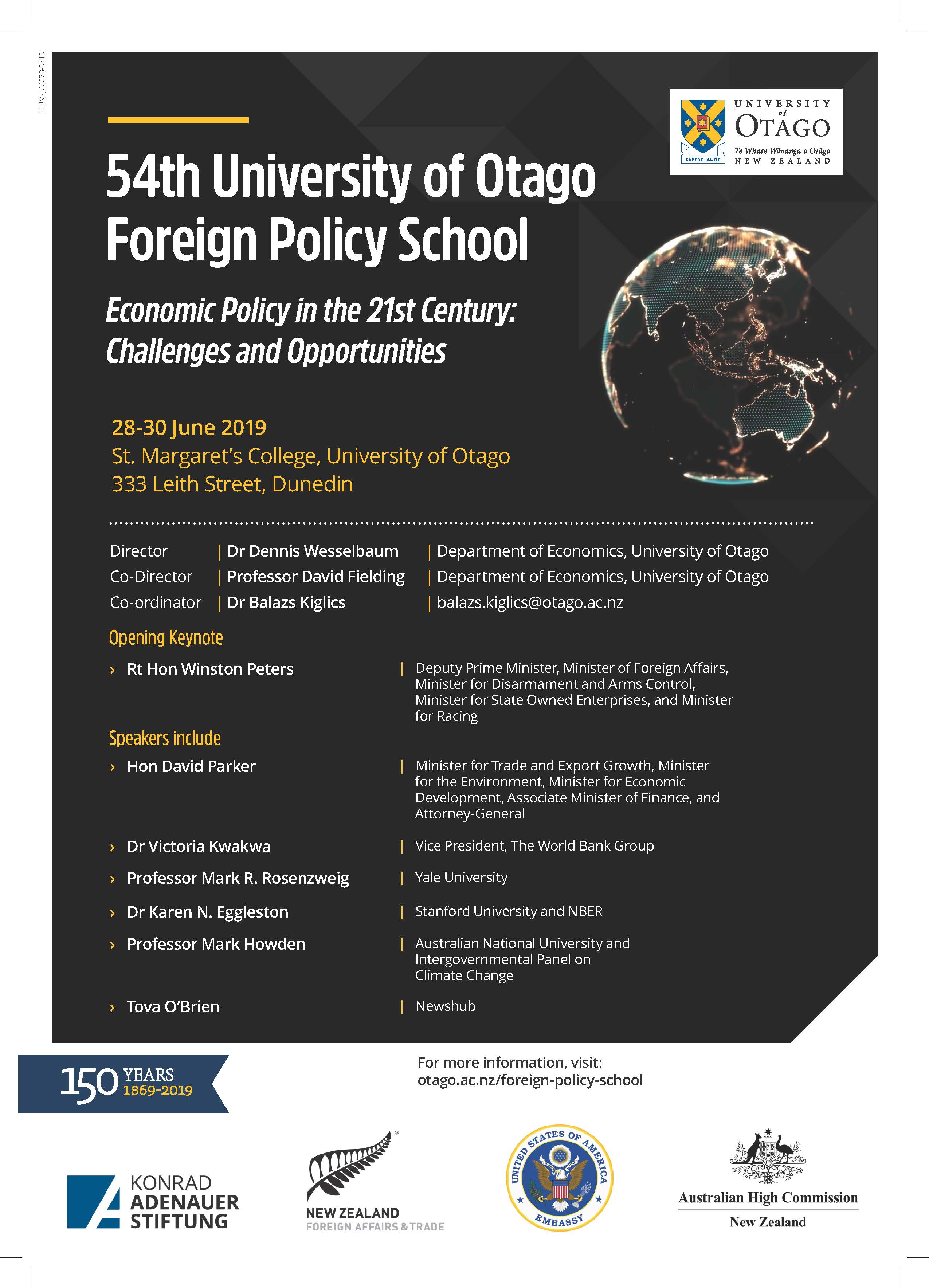 The 2019 edition of the Foreign Policy School aimed at providing a framework for thinking about the challenges economies face in the 21st century and which policy options exist.

During the second half of the 20th century, the world economy experienced a continued phase of expansion in output, trade, and increasing living standards in many parts of the world. This development was driven by stronger global integration, macroeconomics stability, and international economic policies from multilateral cooperation. We have seen that economies have become more connected and that the structure of the international economy has changed.

The world also has become more complex and new challenges emerged making policymaking more demanding. Since the beginning of the 21st century, we have experienced turbulent times with the Global Financial Crisis, a major recession, increased political uncertainty, the return of tariffs undermining the positive global growth effects of trade, and threats to multilateral co-operation with the return of beggar-thy-neighbour policies.

At present, the challenges for economies are several, and this School will explore five interrelated themes:

While the global economy is facing an uncertain and challenging time, opportunities exist, that can strengthen policy co-operation and foster a new era of sustained global economic growth that sees benefits for all not just a few.