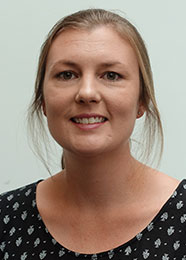 Public Lecture: Vitamin C for the prevention and treatment of disease.

Principal Investigator Dr Anitra Carr gave a public lecture to the Geraldine U3A on Vitamin C for the prevention and treatment of disease.

Professor Hampton spoke at the conference held at the Kolling Institute of Medical Research about Peroxiredoxins as markers of mitochondrial oxidative stress.

Dr Pearson presented a poster at the conference.

AussieMit is a biennial Australian conference for mitochondrial research.

Professor Margreet Vissers was invited to speak at the Diagnostics, Drugs, Devices, Discovery (D4) Conference at the Forsyth Barr Stadium in Dunedin.

Professor Vissers discussed Ascorbate as an anti-cancer therapy? Investigations into feasibility and potential mechanism of action. 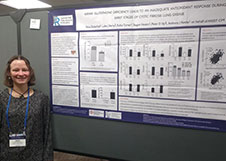 Dr Nina Dickerhof was a recipient of a Young Investigator Travel Award for her poster presentation.

Professor Christine Winterbourn gave two talks at the conference on Oxidants, free radicals and redox reactions in biology and Positives and negatives of oxidant formation by neutrophils. 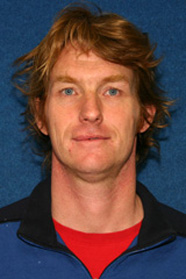 Dr Turner also came third in the Department’s Limerick Competition which was held in conjunction with the symposium.

The departmental symposium was held on 17-18 November in the Beaven Lecture Theatre and presenters were invited to speak on any topic of their choice – science or otherwise.

Principal Investigator Professor Mark Hampton has been awarded almost $80,000 over two years from the latest University of Otago Research Grant funding round.

The funded project will investigate oxidative stress and ageing in the Dunedin study.

Professor Margreet Vissers travelled to Jakarta, Indonesia to speak at the International Meeting of Hypoxia and Oxidative Stress held on 26-27 October 2016.

Her presentation was about Exploring the relationship between hypoxia and vitamin C in cancer.

The Centre for Free Radical Research took the opportunity to showcase our research and laboratories to the public at the UOC Health Research Open Day on Sunday, 18 September.

We took groups of people through our laboratories each hour during the afternoon and had interactive stands set up in the foyer. 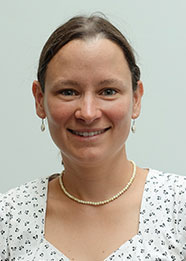 The paper shows that these oxidants also modify MIF. This is relevant because the site of modification influences the binding of MIF to its biological receptor. Furthermore, oxidatively modified MIF may also be a marker of neutrophil activation during inflammation.

This paper was the result of a fruitful collaboration with the laboratory of MIF expert Jürgen Bernhagen at the RWTH Aachen University in Germany.

Lisa Schindler, a student from the Aachen group visited the Centre for Free Radical Research for six months in 2014 and worked with Nina on the MIF project. She is currently undertaking a PhD at the LMU Munich and is investigating the contribution of the modified MIF discovered in Dr Dickerhof’s paper to heart disease.

The first lecture was given at the Cancer Society on 15 September and was entitled, Vitamin C – Investigating the mechanism of action.

Her second lecture, Vitamin C in sickness and in health, was on 21 September at the Redwood Ladies Probus Club.

Dr Anitra Carr will use her funding for a project on intravenous vitamin C and sever sepsis outcomes.

Her presentation was entitled, Isothiocyanate bioavailability and biological effects.

She says sepsis is the main cause of death in intensive care patients. Rates are increasing and treatment options for the life-threatening condition are limited. Patients with severe sepsis often develop cardiac dysfunction and dangerously low blood pressure (known as septic shock) and are given drugs to stabilize their cardiovascular function.

Dr Carr will carry out a clinical trial in Christchurch where people with sepsis are given the vitamin to see if this intervention results in a better recovery or survival. She will be trying to find out whether the positive biological effects of vitamin C translate into an improvement in patient outcome, which has been reported in a smaller study overseas. Her study will also involve comparing vitamin C levels with severity of illness and whether this contributes to progression of sepsis.

Dr Nina Dickerhof was awarded the Best Talk award at the first Department of Pathology Symposium for her talk on The science of mountaineering.

Dr Dickerhof was one of seven staff from the Centre invited to speak on a topic of their choice at the departmental symposium held on 31 March-1 April.

Professor Tony Kettle has written two opinion pieces about the current state of science funding in New Zealand. They both featured in Fairfax newspapers including The Press and stuff.co.nz in late March and early April 2016.

The first piece entitled, Bold approach in science sector is essential to boost NZ’s innovation, discusses the impact inadequate investment in science has on the country’s ability to develop an innovative economy.

Professor Kettle points out that success rates for funding from the Health Research Council and the Marsden Fund currently hover below 10 per cent.

In the second piece, The Harvard of agriculture will take Harvard-like funding, Professor Kettle argues that serious money has to be invested into New Zealand universities if the country is going to have the agricultural equivalent to Harvard that Prime Minister John Key dreams of.

Both of Professor Kettle’s articles can be read online:

The power of vitamin C

Professor Margreet Vissers and her vitamin C and cancer research featured in the March 2016 edition of Otago Magazine.

Professer Vissers and her team are about to begin the first study in people that investigates the effect of intravenous vitamin C treatment on tumour biology. This study will help determine a mechanism of action and has been made possible by the generous donations of many private donors.

The study will be of twelve patients with colorectal cancer and each will either get four daily injections of vitamin C or a placebo. Intravenous injection is the most commonly used method in “alternative” medicine and may result in better access for ascorbate into the difficult-to-access tumour environment.

“The patient will receive the vitamin C treatment prior to surgery. We will analyse tissue taken before and after vitamin C treatment to determine what the intervention has done – if anything – and if it affects any of the biological processes we know encourage tumour growth,’’ Professor Vissers says.

Her presentation was on Oxidant and antioxidant balances in cancer cells.

Professor Margreet Vissers was a recipient of a UOC Teaching Award at the University of Otago, Christchurch’s Academic Welcome.