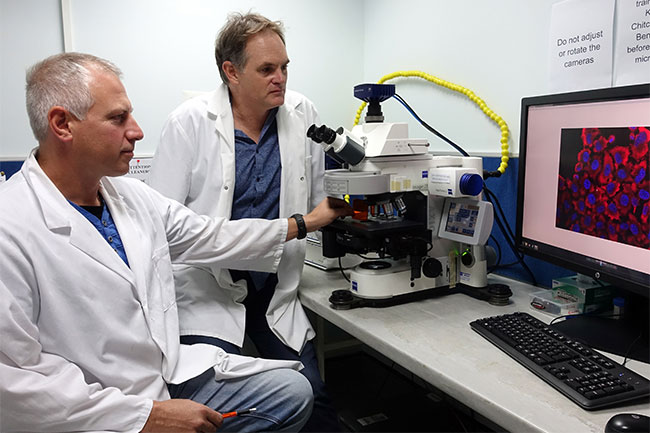 With every breath we take the cells in our body make small amounts of hydrogen peroxide. This hydrogen peroxide can act as a signalling molecule, altering communication pathways within cells. However in some diseases, too much hydrogen peroxide is made, causing widespread damage to cells that is difficult to prevent.

Professor Mark Hampton and his team, with the support of a three-year grant from the Royal Society Marsden Fund, will try a new strategy to address this problem.

He says the best way to develop new therapies is to unravel the fundamentals of what is going on inside our cells.

Professor Hampton is the director of the University of Otago, Christchurch’s Centre for Free Radical Research.