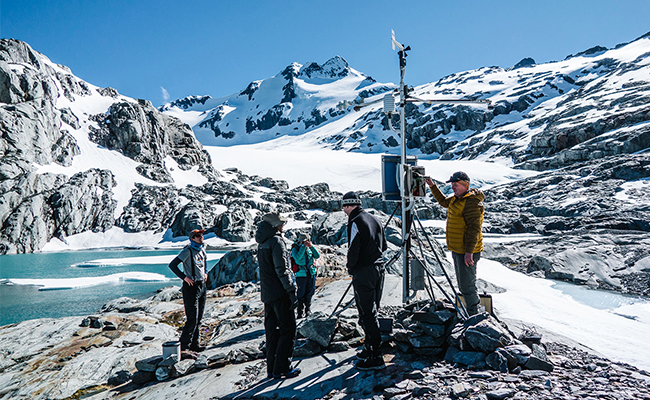 University of Otago weather station located at the terminus of the Brewster Glacier. Photo: Chris Garden

Snow is a significant source of New Zealand’s freshwater resource, which in turn is central to a range of industries including hydro-power generation, agricultural, and tourism recreation.

“Our mahi is to protect our mountain environments, minimise harm to people and infrastructure from both extreme events and longer-term changes to these landscapes, as well as supporting those who depend on the precious environments for their livelihoods.”

It’s a valuable resource for our country, but snow can also present hazards such as avalanches and extreme snowfall events at low elevations which can cause livestock loss, damage to buildings and infrastructure, and disruptions to access and supply chains.

The projected climate warming this century will have a significant impact on Aotearoa / New Zealand’s frozen water resources such as seasonal snow and glaciers, but the scale, area and timing of these effects remain unclear.

Tackling this uncertainty of how changes to snow and ice cover will impact New Zealand’s water resources is one of the goals of University of Otago’s Mountain Research Centre (MRC).

Established in 2020, the MRC has brought together the research and technological expertise of researchers from the Schools of Geography and Surveying. The Centre aims to foster high quality research to better understand our mountain regions, including alpine climatology, detection of surface changes and geo-hazards from space, snow avalanches and the impacts of climate change on seasonal snow and glaciers.

One of the MRC’s founding members, Associate Professor Nicolas Cullen from the School of Geography, is an expert in glacier-snow-climate interactions. He says mountain regions are complex social-ecological systems and the mission of the Centre is to generate knowledge and connect with stakeholders, including local authorities and iwi, to enable informed decisions. 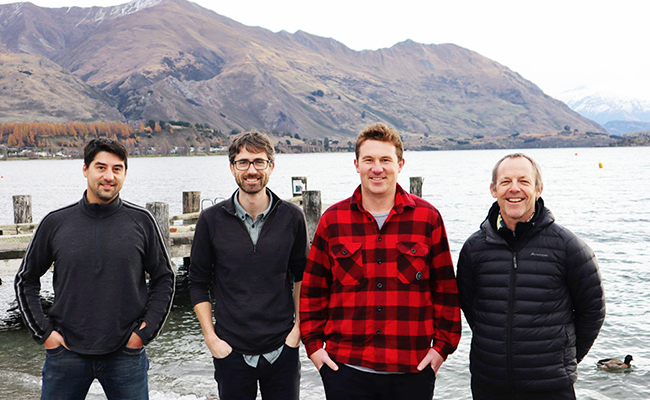 Associate Professor Cullen is leading a new collaborative project which has secured funding from Deep South Challenge: Changing with our Climate. The project aims to improve modelling of the changes to seasonal snow and catchment processes to reduce the uncertainties in national water management models.

The three-year research project has received funding of $733,000 and will be undertaken in collaboration with Victoria University of Wellington, the National Institute of Water & Atmospheric Research, and other researchers from Otago’s MRC.

Associate Professor Cullen says understanding the nexus between climate and hydrology is of national importance for water management, due to its implications for many industries and stakeholders.

“Currently there is an uncertainty in modelling seasonal snow distribution in alpine catchments so this project provides the opportunity to improve the way it’s represented in a national-scale hydrological model, which will be used to provide projections of future runoff at sub-catchment scales in New Zealand.”

The project will leverage research already undertaken within the MRC by Dr Pascal Sirguey from the School of Surveying, which uses advances in remote sensing and high-resolution satellite photogrammetry to characterise and monitor cryosphere environments. 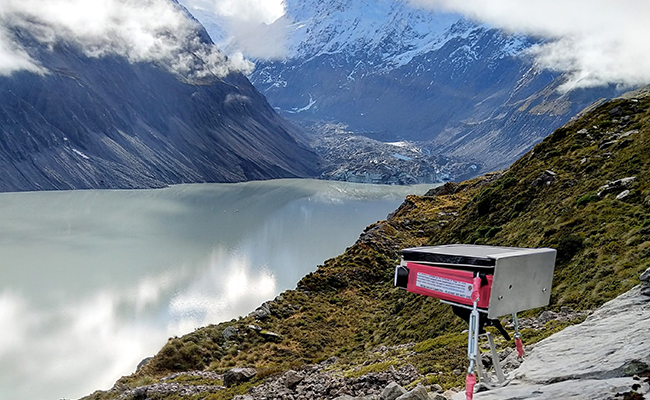 “Recent remote sensing developments using a multi-scale approach to assess snow cover area, and snow depth distribution has led to new observations being available that offers fundamental insight about the dynamics of snow accumulation and redistribution across the Southern Alps,” Dr Sirguey explains.

These technological developments were used by MRC researcher Dr Todd Redpath for his PhD which analysed detailed changes in seasonal snow and interannual variability in the snow-covered area of the Clutha catchment.

The Clutha is New Zealand’s largest catchment by area and annual snow fall is not only important for the four major ski fields, but it also acts as a water reservoir for the region’s hydroelectric power generation, irrigation and urban water supplies.

The importance of this work for future projections also supported the installation of an automatic weather station in the Pisa Range by the MRC in 2016, which provides important meteorological and snowpack observations in an area where processes differ from those operating on the Main Divide.

Located at an altitude of 1500m, the weather station is situated within a basin in Central Otago that provides a field site for a range of research including snow hydrology, climatology, and alpine ecology, and ultrasonic sensors allow real time data from the station to be accessed on the MRC website. 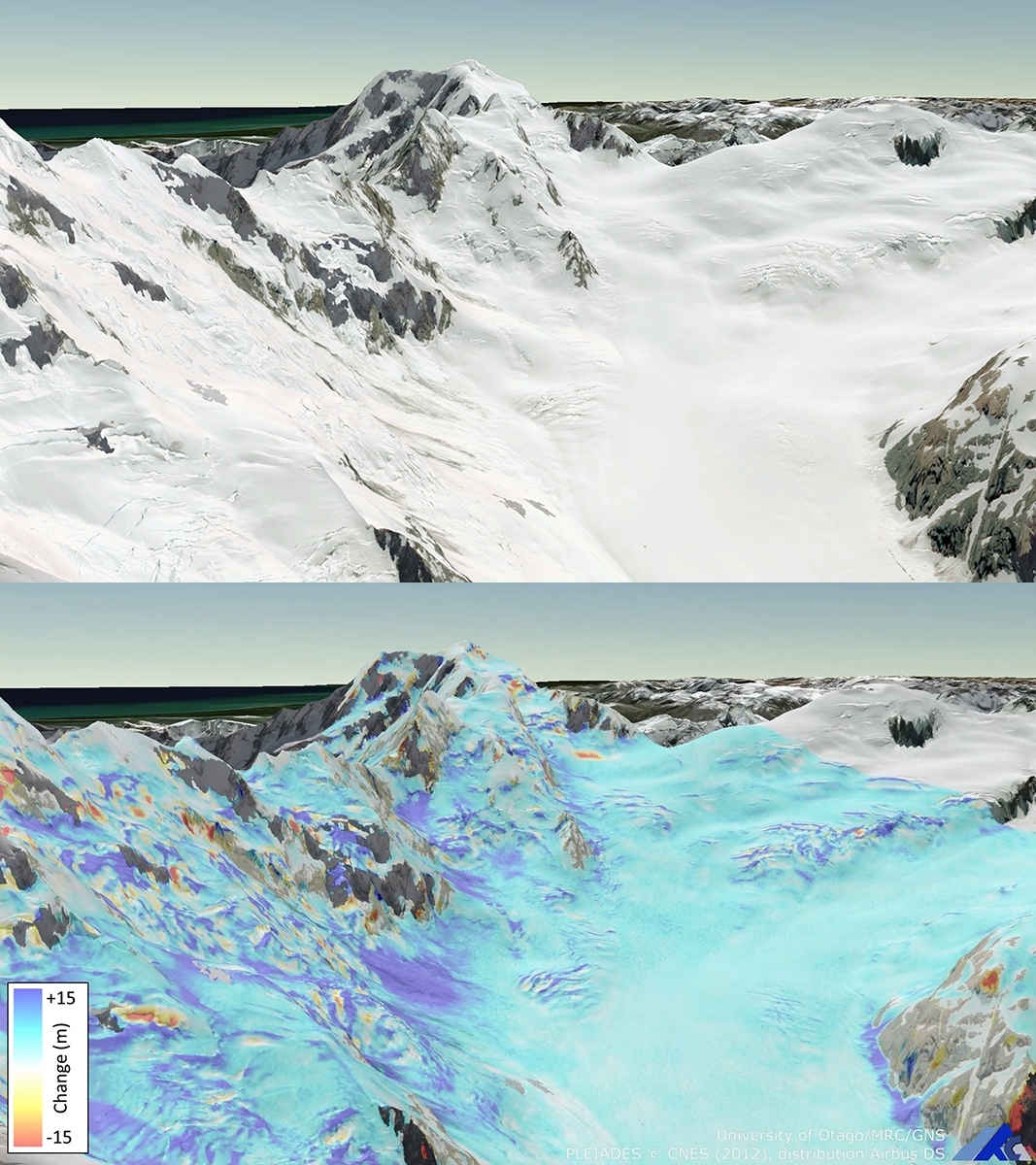 This graphic representation of snow depth and distribution is an example of the work and products developed under the MBIE-funded Matariki project led by Dr Pascal Sirguey using advances in remote sensing and high-resolution satellite photogrammetry to characterise changes in our alpine regions.

Mapping of snow depth distribution over large remote regions also has critical implications for applications such as avalanche warning and winter tourism, and the MRC is involved in snow avalanche research using the latest innovations in geospatial science and natural hazard preparedness.

Aubrey Miller, a Professional Practice Fellow specialising in GIS and geospatial analysis, is working with organisations including the Swiss Institute for Snow and Avalanche Research (SLF) and Milford Road Alliance to model avalanche hazards as well as the NZ Mountain Safety Council to visualise avalanche incident data.

“The precision of terrain data now held digitally has allowed us to visualise the steep Fiordland terrain in fine detail, which can then be used for applications including avalanche scenario simulations along the Milford Road,” Mr Miller describes.

“We have also started avalanche research in Aoraki Mount Cook National Park, and to complement the large volume of satellite data available for measuring avalanche activity we are also installing time-lapse cameras in the Hooker Valley in collaboration with the Department of Conservation.”

Associate Professor Cullen says these multi-disciplinary approaches not only blend innovative scientific practice with a wide variety of applications, but also facilitate the growing links the MRC continues to build with other research institutes, industry and Government.

“Our mahi is to protect our mountain environments, minimise harm to people and infrastructure from both extreme events and longer-term changes to these landscapes, as well as supporting those who depend on the precious environments for their livelihoods.”