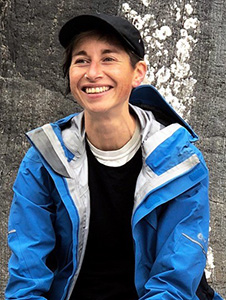 New research has reinforced that the way the town of Franz Josef Glacier is situated and occupied could mean a very real and significant loss of life and property when the Alpine Fault next ruptures.

Past scientific studies have defined a 200m wide ‘Fault Avoidance Zone’ around the trace of the fault that the small West Coast town of Franz straddles. This particularly wide hazard zone, in addition to hazards of rock avalanches and debris flows, is well-recognised by the geological community.

The scientists, including University of Otago Honorary Research Associate Professor Virginia Toy, say this robust evidence should help to inform the local community and the millions of annual visitors to the area.

“The geologists’ advice to define a Fault Avoidance Zone in the district plan to prevent development in that area remains valid today,” she says.

“This latest research is a timely reminder that following the recent White Island eruption, and a significant flow of debris that wiped out monitoring equipment at the famous Alpine Fault outcrop at Gaunt Creek, just north of Franz Josef, this December just gone, being prepared for natural hazards in New Zealand’s dynamic landscape is crucial.”

The new study, led by PhD candidate Bernhard Schuck, who is supervised by Professor Toy working at the University of Potsdam, has been published in journal Solid Earth. This study gives better definition of the geometric character of this large plate-bounding strike-slip fault in the region around Franz.

“Bernhard’s paper highlights and confirms that the Alpine Fault will deform a wide zone of ground and that there is risk to the West Coast population,” says Professor Toy.

Of his research, Mr Schuck says:

“The differences in fault thickness observed at different locations, which can reasonably be explained by many strands to the fault at these locations, is the most important outcome of this research, and it supports earlier findings. It reinforces that none of the past definitions of an appropriate Fault Avoidance Zone are exaggerated.”

Professor Toy says private and public buildings straddle the fault and these will be affected by the more than 8-metre horizontal and 1.5-metre vertical ground displacements expected in this coming event. The last major surface rupture of New Zealand’s Alpine Fault occurred in A.D. 1717 in a magnitude 8+ earthquake. The average recurrence interval for large earthquakes on this fault is around 300 years, meaning there is now a very high chance that the next large Alpine Fault earthquake will occur soon (around 30% probability within the next 50 years).

The Westland District Council had defined a ‘Fault Avoidance Zone’ in the middle of Franz Josef town based on very good geological advice of the 200-metre wide fault zone in late 2017. However, this zone was not created.

“The threat of legal action ultimately saw the council remove the restrictions in the final document,” she says.

In New Zealand, there is no central government regulation of natural hazards. It is left to local councils to define the hazards and put guidelines into their district plans that will restrict activities in hazardous areas.

“Past research has shown, and new research just published reinforces, that the Alpine Fault zone in the near surface is a complex structure comprising multiple strands, some of which may have been simultaneously active in past earthquakes. Coincidentally, monitoring equipment at the Gaunt Creek drill-site was recently (Dec 2019) struck by a debris flow.

“These robust scientific studies, and others, underpinned definition of a 200m wide ‘Fault Avoidance Zone’ around the fault trace in the town (Langridge et al, 2011). This hazard, as well as that of rock avalanches and debris flows, is well-recognised by the geological community but has not yet been accepted in public legislature. We hope that more can be done in this area of public legislature.”