Capturing stories of the past, for the future 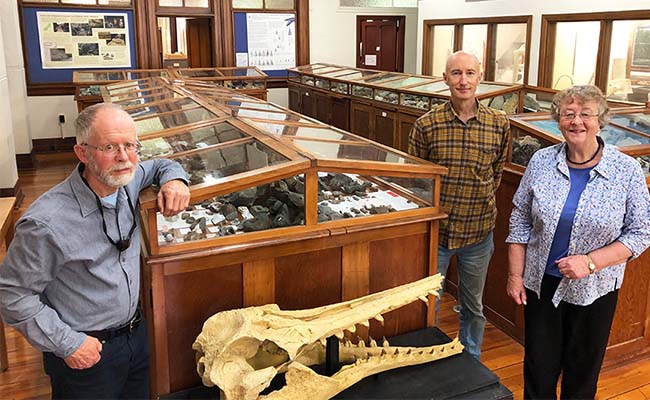 Paleontology reseachers from left to right, Research Professor Ewan Fordyce, Dr Jeffrey Robinson, and Honorary Associate Professor Daphne Lee, in the Geology Museum which has fossils on display and is open to the public.

Ascending the well-worn steps and heaving open the wooden doors to the Geology Department provokes an immediate connection with our human and cultural history.

On the other side of those doors, one of the first artefacts greeting visitors is a set of 26-million year old shark teeth belonging to a mind-boggling eight-tonne, nine-metre long fossilised shark from the late Oligocene of North Otago.

“The collection holds so much information about past life in this part of the world, as well as critical information on access to fossil localities today, and will set the University up well for future success in expanding our knowledge of how life evolves and adapts to change on Earth.”

The teeth are on display alongside a myriad of other relics of nature that together excite a sense of deep-time far beyond the human scale.

What is currently on display in the Geology Museum, however, just scrapes the surface, and behind other doors, in drawers, on shelves, along corridors, and packed into basement enclaves, lie in wait a commonly quoted estimate of 60,000 other items.

From big vertebrates like whales, dolphins, and sharks, to penguins, sea turtles, smaller invertebrates, insects, and plant fossils, there’s a lot packed into a small space.

Dr Jeffrey Robinson has a significant task on his hands to organise and digitally catalogue this collection of Earth’s natural history, most of which has been gathered for research and teaching purposes over the course of the last century.

Now, three months into his part-time 18-month role in which to oversee this process, Dr Robinson’s own fossil research experience and 30-year involvement with the Department of Geology has equipped him the knowledge and skills needed for this task.

Turning back the clock to his undergraduate days, Dr Robinson initially enrolled to study zoology, but moved to geology when he realised that studying fossils could bind the two disciplines together in “really interesting” ways. 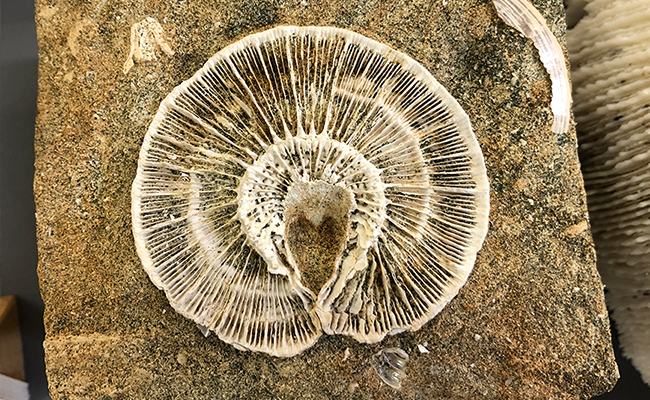 He went on to complete his doctorate on brachiopods under the supervision of now retired paleontologist Honorary Associate Professor Daphne Lee, and subsequently worked as her research assistant while continuing with his own research.

To date, a large portion of the collection has been recorded and registered in handwritten ledger books, but Dr Robinson explains the move to a digital catalogue is both a necessary and important next step for the collection.

“The digital resource will enable ease of access to information and facilitate new opportunities for collaboration with researchers and specialists globally,” Dr Robinson says. “It will also extend the current outreach opportunities of the Department by being readily accessible by the public, schools and other institutions.”

Paleontology has been an important part of the mahi of the Geology Department since it became independent from the original School of Mines and moved into its own building in 1927.

While the history of paleontology in Geology has been documented here, two academics, Research Professor Ewan Fordyce and Honorary Associate Professor Lee, have been particularly prolific in the field.

Over Professor Fordyce’s almost 40 year-long career in the Department he has been involved in advancing the collection on display in the Geology Museum, and has also developed the premier vertebrate paleontology research centre in New Zealand, and perhaps all of Australasia. 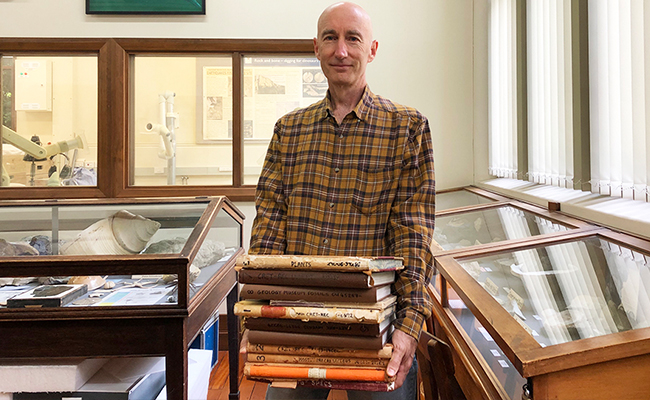 Dr Robinson holds a collection of historic catalogues used to record details of fossils collected for research and teaching.

Professor Fordyce's research focussed on fossil marine vertebrates, a body of work that grew following his discovery of the first of several penguin fossils in a cliff near Waimate in 1977 while completing his PhD.

The giant penguins have been named Kairuku (“diver who returns with food”). They lived about 28 million years ago, stood 1.3 metres tall and weighed at least 60 kilograms which is 50% heavier than the living Emperor Penguin.

Professor Fordyce’s expertise has been sought after internationally, and he reflects that while fossils have little impact on daily life for most people, they are signals of the past that can tell powerful and unexpected stories.

Research focused on Foulden Maar has been the subject of 40 papers written by Honorary Associate Professor Lee and her colleagues, and three Marsden grants have supported much of her research since 2009.

Honorary Associate Professor Lee says the preservation and range of fossils at Foulden Maar is absolutely extraordinary - from leaves and flowers to fish – and includes the world's oldest galaxiid (whitebait) fossils.

Studying the plants at Foulden Maar that grew in a warmer, high carbon dioxide world may provide researchers with a model for what changes in plant function might look like in the future.

Honorary Associate Professor Lee is still active in research, co-supervising several students, and is in the final stages of editing of a book on the fossil treasures of Foulden Maar, with co-authors Uwe Kaulfuss and John Conran. 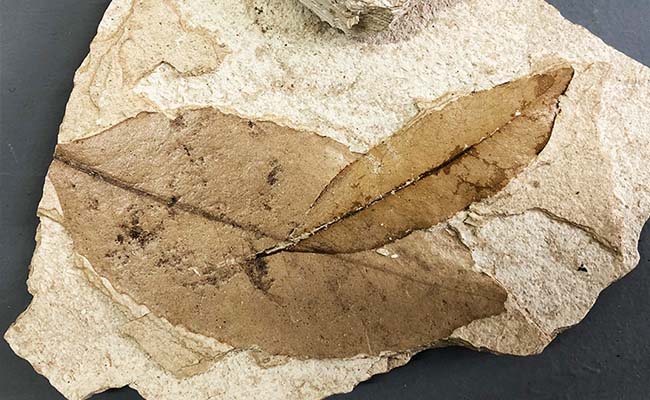 Dr Robinson has commenced his role getting acquainted with Specify, the software programme that’s commonly used for museum collections and which will be used to document the Geology Department’s fossil collections.

He is planning to start documenting fossils that have been part of published material or theses. He will also be supported by Professor Fordyce’s extensive knowledge as the Professor remains involved with the Department on a current Marsden project investigating field sites for whales and dolphins from 18-20 million years ago.

Head of Department of Geology, Associate Professor Andrew Gorman, says documenting this valuable resource is both an important and exciting project for the Department.

“The collection holds so much information about past life in this part of the world, as well as critical information on access to fossil localities today, and will set the University up well for future success in expanding our knowledge of how life evolves and adapts to change on Earth.”