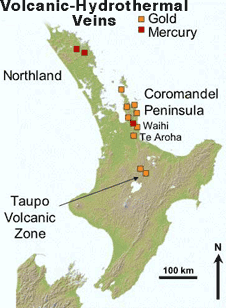 Location of gold and mercury deposits associated with epithermal systems

These deposits were formed when hot molten rock associated with volcanoes provided a heat source to drive near-surface groundwater into kilometre scale convection systems in the Earth's crust. Geothermal systems such as those exploited at Wairakei and Broadlands are the surface expressions of these systems. Characteristics of the deposits are listed below.

These mercury-rich deposits release arsenic and minor mercury into the environment. 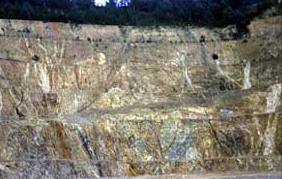 Martha gold mine, Waihi. Gold is found near the white quartz veins. Rocks between the quartz veins have been affected by hydrothermal waters, and many have pyrite. During mining, the pyrite-bearing waste rock is specially handled and stored so that acid waters will not develop. 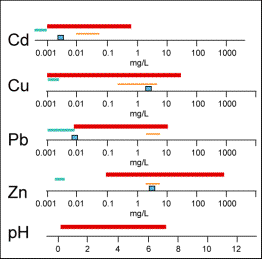 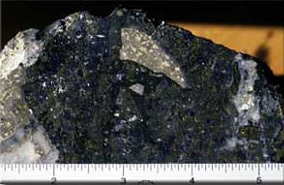 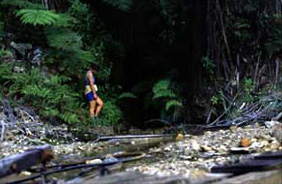 Entrance to underground Tui Mine. 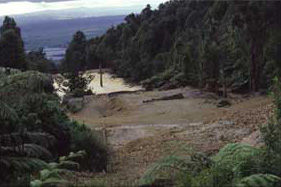 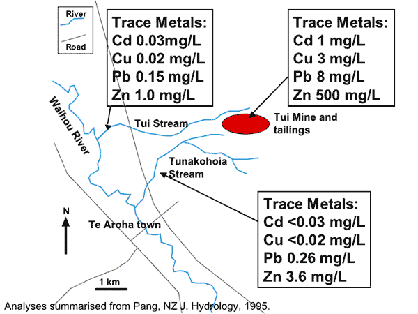