Inverterbrates at Wangaloa (closed coal mine)

In New Zealand, very little is known about the impact of mining on the invertebrates that inhabit the site. Similarly, we are unsure of how invertebrate communities develop during site rehabilitation. It is assumed that their populations will recover alongside the replacement of a vegetation cover but there is not yet evidence to support this. At Wangaloa, an invertebrate component has been included in each of the terrestrial studies initiated so far.

Some of the more common invertebrates encountered at the site so far are illustrated below. 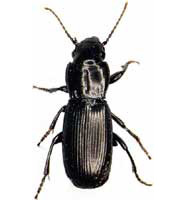 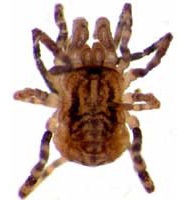 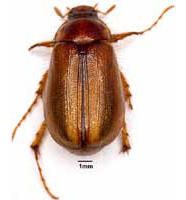 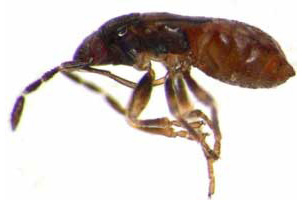 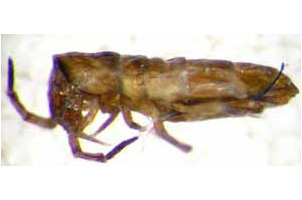 In 2002, Solid Energy initiated the clearance of gorse and pine trees from the mine site in preparation for replacement planting by indigenous trees and shrubs. During this process, they decided to leave all amounts of indigenous vegetation that had naturally recovered at the site so far, most of which was regenerating manuka/kanuka forest. We wanted to know if the latter were important for indigenous invertebrate species given that invertebrates are a critical component of successful rehabilitation projects. We focused on beetles because we didn’t have time to study the entire invertebrate community. Our findings were surprising, over 80 different beetle species in the very small ‘islands’ of regenerating vegetation (photo below). By far the majority of species were indigenous (89%), as were their individual counts (96%). We had expected more introduced beetles given that our study area was a mine site that had been mainly covered in weeds for the last 60 years. But clearly indigenous species were able to remain dominant in the developing beetle fauna, and it is hoped they will continue to do so as the site progresses through rehabilitation. 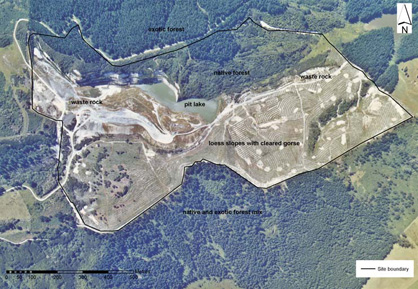 Invertebrates in the Ground

Exposure to different levels of mining activity in the past has produced a range of distinct substrate types and plant communities at the mine site, which have been further affected by recent rehabilitation events in variable ways (see table below). We wanted to find out how the below-ground invertebrate fauna changed with different levels of sub-site disturbance because soil invertebrates are involved with revegetation success via plantings. Most of the data is still to be examined but preliminary findings show that while numbers of invertebrates may be high in highly disturbed sub-sites (i.e. 5, 6, 7), their assemblages were not very diverse (see graphs below), and consisted mainly of one or two groups (springtails and mites). Even after 50 years, the condition of the quartz gravel overburden appears largely unsuitable for colonization by other insect groups, crustaceans and arachnids, as are found in nearby soil. 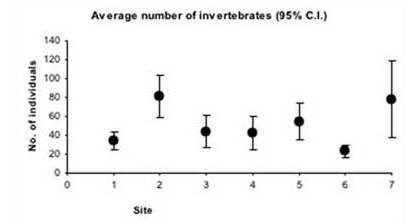 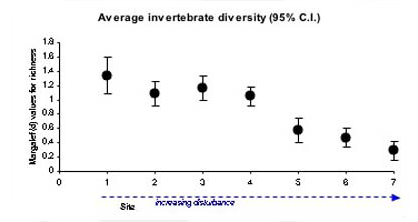