Natural development of ecosystems at Wangaloa (closed coal mine) 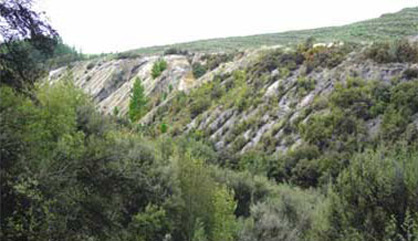 Eastern overburden at Wangaloa. Note sparse vegetation growth to left of photo compared with dense growth to the right.

Native plants can become established by natural colonisation of mine wastes, as long as there is a nearby seed source. Some waste rock at the eastern end of the Wangaloa site has been undergoing natural revegetation and ecosystem restoration over at least 40 years. This process has seen variable success because of the different rock types that were dumped in different places. The different substrates, and their different vegetation covers, and indicated in the diagram below: 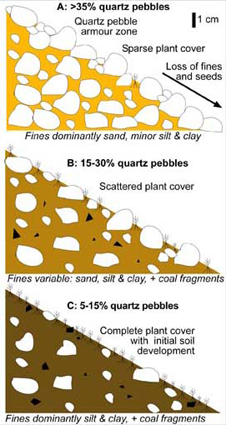 Effect of substrate on overburden vegetation

Even small lumps of siltstone in the overburdens can assist in establishment of plants, as shown in the photo below. Plants are growing on 20-50cm lumps of siltstone, whereas the surrounding quartz-rich material is bare. Litter from the plants, and fine material washed out of the quartz gravels, accumulate around established plants, and the vegetated area slowly increases 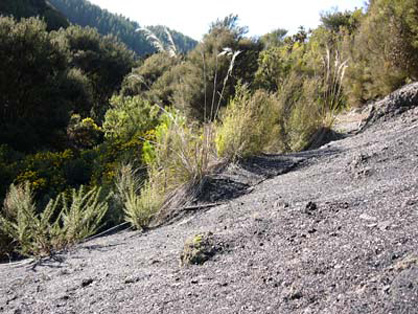