This page was last updated by Nathalie while she conducted her PhD research at the Department of Geology, University of Otago. Find out what Nathalie is doing now on our Alumni page. 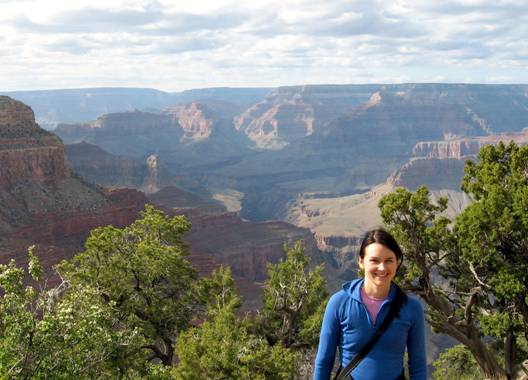 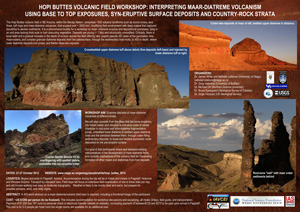 Most parts of a maar-diatreme volcano develop below the land surface, and hence are completely encased by country rock and not accessible for study. Nevertheless, investigating the root zone and diatreme is critical to understanding the eruption behaviour of this type of volcano. Much of our current knowledge of how deposits form within the root zone, and the root zone's relationship to the diatreme, is from 1-D drill-core and 2-D open mine-pit faces mapping data obtained during diamond exploration and mining. The Hopi Buttes Volcanic Field located in northeastern Arizona (Fig.1) is one of the best known places in the world to study root zone and diatreme volcanological processes. This is because the Field has experienced varying degrees of erosion exposing the different volcano-structural levels of maar-diatreme volcanoes and revealing some of the finest 3-D exposures (Fig.2). The Hopi Buttes volcanoes are relatively young (approximately 7 Ma), and emplaced into well-studied, virtually flat-lying Tertiary mudstone and Mesozoic clastic and carbonate sediments that are part of the tectonically relatively stable Colorado Plateau (Fig.3).

The field-based study will encompass detailed volcanological mapping of four volcanoes that represent the different lower, vertical volcano-structural levels (i.e. the root zone, and lower to upper diatreme sections) of a maar-diatreme volcano (Fig.4). Mapping will provide information on the fragmentation style(s), relationship of the different volcano-structural levels, vent architecture and movement, near surface rheology of the magma, as well as insight into the hydrogeological conditions and mechanical properties of the local country rock at the time of volcanism. 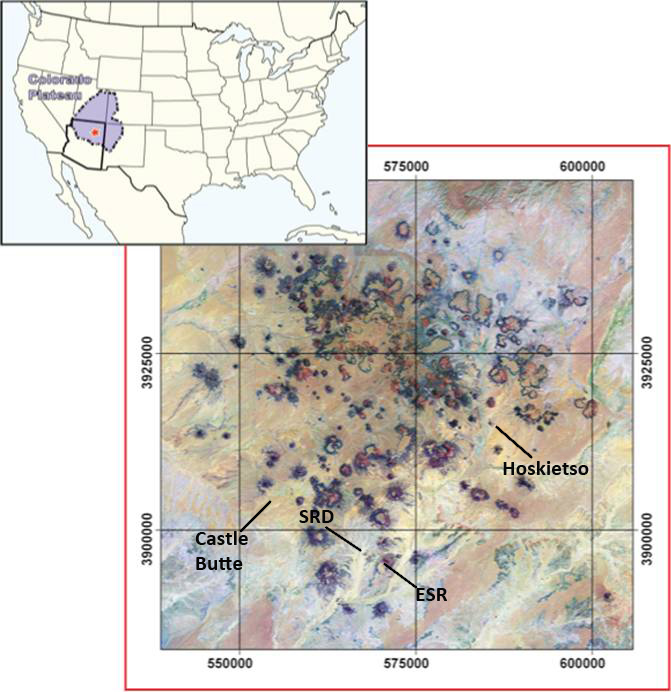 Fig.1: Location of the Hopi Buttes Volcanic Field in north-eastern Arizona and in the southern part of the Colorado Plateau (top left). Satellite image from Google Earth of the Hopi Buttes Volcanic Field and the location of the four maar-diatreme volcanoes that are part of the study: 1. Hoskietso diatreme, 2. Castle Butte, 3. Standing Rocks diatreme, and 4. East Standing Rock. 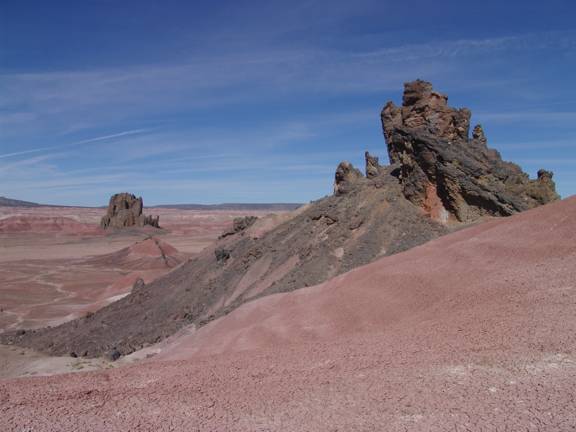 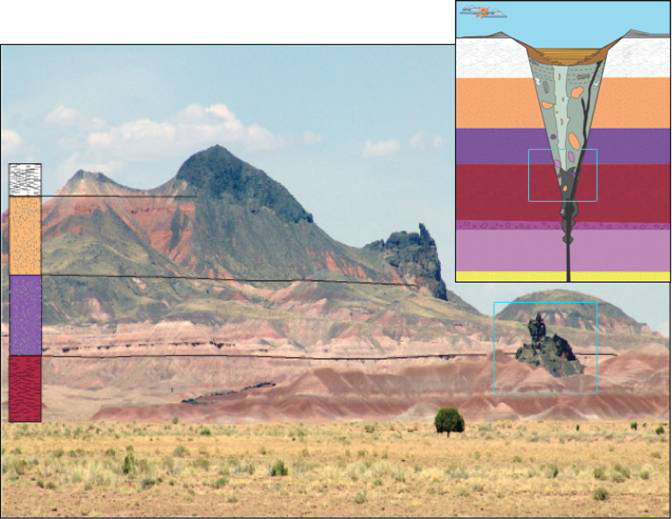 Fig.3: Photograph of the upper portion of East Standing Rocks vent (turquoise box) within the exposed country rock stratigraphy now 300 m below the original eruptive land surface. The main flat-lying sedimentary country rock packages are highlighted to the left of the photograph using different coloured boxes and contacts are marked by the black subhorizontal lines. Schematic diagram of a maar-diatreme volcano (top right; modified from White and McClintock, 2001) showing the volcano-structural level of East Standing Rocks classified by White (1991) marked by the turquoise box. 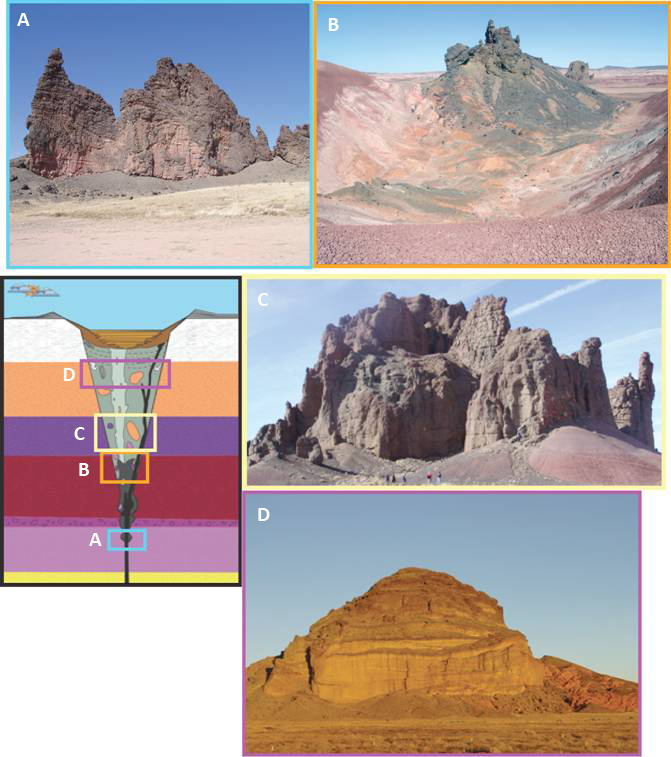