This page was last updated by Gabriel while he conducted his PhD research at the Department of Geology, University of Otago. Find out what Gabriel is doing now on our Alumni page. 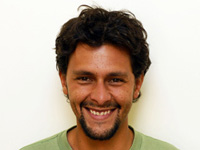 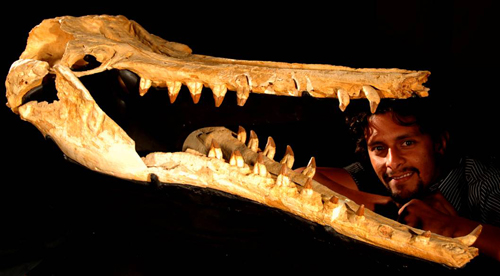 In terms of evolution, Delphinidae is arguably the most successful family of living marine mammals: a) It is the most diverse family, with 36 of 89 species; b) It is the most ecologically versatile group of cetaceans, ranging from tropical to polar latitudes, neritic and oceanic waters, estuaries and sometimes rivers. The rapid and recent radiation of Delphinidae, among other peculiarities of their evolution, has made taxonomic classification difficult. Scientists have tried to resolve their phylogenetic relationships from many perspectives for five decades without a consensus other than the need of more basic taxonomic research, where the systematic work is based on. In fact, it is remarkable that “lack of understanding” is not considered a “threat faced by cetaceans” in the conservation action plan for the world’s cetaceans, particularly in the family Delphinidae: the IUCN Red List of Threatened Species categorised 65% as “data deficient”. Our research is based on important undescribed fossil specimens from New Zealand and considers the following targets: a) Descriptions of new, well-preserved key fossil specimens; b) A better estimate of the time of divergence and radiation of Delphinidae using molecular clock analysis calibrated with New Zealand fossils; c) A reanalysis of the phylogenetic relationships of stem and crown Delphinoidea.