This page was last updated by Robin while he conducted his PhD research at the Department of Geology, University of Otago. Find out what Robin is doing now on our Alumni page 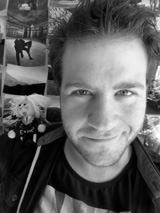 PhD Title (Working): Investigating the cratering and thermodynamics of the phreatomagmatic 1886 Rotomahana eruption

Dedicated, enthusiastic geology postgraduate from Imperial College (First Class Honours) with a strong, global academic background and a comprehensive history of scientific and photojournalistic ventures and affiliations. Currently undertaking a PhD in experimental volcanology at the University of Otago under Assoc. Prof. James D.L. White. Primary scientific interests include volcanology, planetary science, evolutionary theory, and climatology. I am a fellow of the Geological Society of London, an Associate of the Royal School of Mines (ARSM), and have recently been conferred the title of Ambassador Scholar by Imperial College. I was granted membership to Mensa at the age of 10 with an IQ of 162.

Passionate interest in travel and travel photography has resulted in frequent visits to many countries around the world across five different continents. The International Anthem, an original 120,000-word novel based on this extensive travel, is currently undergoing consideration for publication. During my third academic year at IC, I lived in Vancouver, Canada, as an international student to the University of British Columbia; my PhD takes place in the United States of America, Germany, Japan, and my current academic residence, New Zealand. Self-maintained, award-winning photographic portfolio website is viewable at www.shrinkinguniverse.com; several photographs have won awards from The Independent, Photobox and Bradt Travel Guides. Commended entry for the national Science Writer Awards 2007 (Daily Telegraph) was placed among the top 50 entries. Articles on anthropogenic climate change, science communication, politics and secularism have been and are frequently published in UK and online press, including an article featured by Prof. Richard Dawkins and an interview by the European Geological Union.

With a top-class MSci degree from a world-leading institution, I have a proven track record at adapting to any kind of scientific task, gaining the highest-tier grading in studies in volcanology, petrology, geochemistry, cosmology, palaeobiology, climatology, mathematics, sedimentology and fieldwork, among many others. Prior to working in the University of Wuerzburg’s Vulkanologisches Labor, firing high pressure jets into pre-arranged glass bead stratigraphy to investigate the dynamics of maar-diatreme system formation events, I have worked in Imperial College’s numerical modelling computational labs to investigate the genesis of shallow, evolved magmas, and the University of British Columbia’s volcanological labs, wherein I used high-temperature ovens and high-pressure simulators to investigate vulcanian eruptions in the Coast Mountains.

My fieldwork experience includes a wide-range of detailed mapping and data gathering, from a transect across the Apennine Mountains, Italy, to observing and studying a live eruption at Sakurajima volcano in Japan. A scholarship from Royal Dutch Shell for mapping work in Canada, the conferring of the title of Ambassador Scholar from Imperial College, and admission as a fellow into the Geological Society of London, among many other accolades, demonstrate the recognition of my academic prowess within a range of significant organisations.

"It has long since come to my attention that people of accomplishment rarely sat back and let things happen to them - they went out and happened to things." - Leonardo Da Vinci.

Investigating the cratering and thermodynamics of the phreatomagmatic 1886 Rotomahana eruption. Commenced September 2011.

Outline of the unique significance of the project

I am currently undertaking a PhD under Assoc. Prof. James White, investigating cratering dynamics and the thermodynamic system behind the 1886 Rotomahana (New Zealand) eruption; the objectives are to review current efforts to better constrain the eruption dynamics occurring during this and similar maar-forming events, whilst using analogue experiments – field-scale explosions conducted at Buffalo’s (USA) ECLIPSE field site with Greg Valentine, and bench-scale explosions conducted at Wuerzburg, Germany – to produce new cratering mechanism data. The final thesis will combine experimental physics, analogue experimentation, numerical modelling, mathematical predictions, and fieldwork to form a comprehensive framework for the physics behind maar-diatreme explosive events, and perhaps other types of discrete volcanic eruptions.

Discrete volcanic eruptions – those exhibiting non-steady state conditions – are relatively poorly understood volcanological phenomena. Whereas the nature of the fragmentation zone in steady state, open vent volcanic eruptions has been comprehensively assessed through the use of fieldwork and analogue experimentation over the last few decades, the nature of the explosion-generating zone of the various types of discrete eruption are comparatively unknown. In particular, the physical dynamics and characteristics of established jets and plumes in discrete volcanic eruptions are still currently open to a wide range of interpretations. Using analogue experimentation and a strong background in physics, I hope to assess the current models of maar-diatreme eruptions and update them through the production of new data. 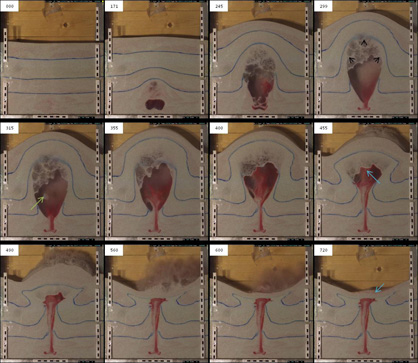 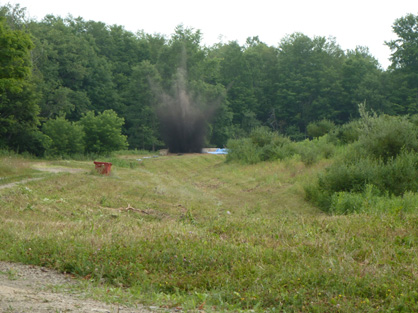 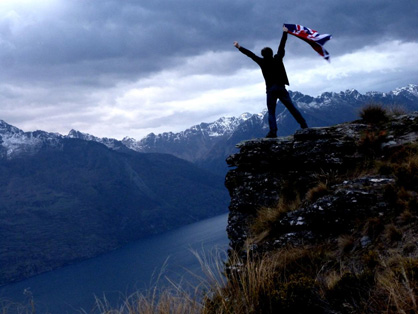