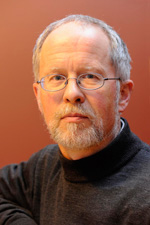 Are you interested to volunteer in the fossil preparation laboratory? You don't need a particular interest in fossils, but you must be: manually skilled, meticulous, able to follow instructions, able to work closely with others, and able to work for half a day at a time (normally once a week). Email me, ewan.fordyce@otago.ac.nz, with an expression of interest, and give a little background about yourself. 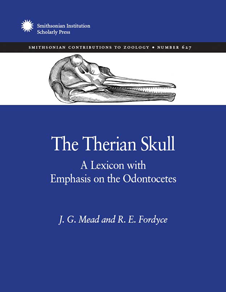 Research interests include the paleontology, morphology, taxonomy, systematics, and phylogeny of Cetacea - whales and dolphins, fossil and recent. I have worked with many postgraduate students, most recently those listed below, and with colleagues overseas.

Morphology – or structure - is the interface between genetics and ecology. Morphology is the key to interpreting fossils. If we understand functional complexes in fossils, it can help to understand the evolution of living animals. An interest in cetacean morphology led to publication of this illustrated monograph on osteological landmarks in the dolphin skull, based on the study of modern and fossil species:

Dolphins and whales are radically different from terrestrial mammals; their skeletons present many features that, although often difficult to interpret, are widely used to interpret relationships, evolution, and lifestyle. We homologise features of dolphin skulls with those of other mammals, and explain the comparisons. The work should be of interest to cetacean systematists, mammalogists and vertebrate paleontologists.

Free pdf download of 'The Therian Skull : A Lexicon with Emphasis on the Odontocetes'

Long-term interests particularly involve fossil cetacean studies. Many PhD students, below, are or have been involved in this research. Our studies have considered the evolution of feeding mechanisms in baleen whales such as Tokarahia, Horopeta and Mauicetus. Finds in the 1990s and 2000s have helped to understand the ecology of putative late-surving archaeocetes encompassing Kekenodon. Several articles have considered the relationships and lifstyles of early dolphins including Papahu, Otekaikea, and Awamokoa. A project is under way on phylogenetics of shark-toothed dolphins - Squalodontidae. New Zealand tusked dolphins may be related to archaic long-beaked tusked dolphins from Oregon and Baja California Sur, Mexico. These and other projects deal mainly with fossils of Late Oligocene age - from the early explosive radiation of the Neoceti. Some of the fossils are shown in the adjacent photos of lab activity.

Related activity with living species of cetaceans has included dissections of naturally-stranded juvenile pygmy right whales, Caperea marginata, with Anton van Helden of Museum of New Zealand Te Papa (several dissections, including November 2011 - see photo right). Felix Marx and I have had a longer-term interest in the phylogenetic relationships of Caperea, based on morphological cladistics (Marx & Fordyce, 2015, Baleen boom and bust … Royal Society Open Science 2:DOI 10.1098/rsos.140434). Researchers in the cetacean paleontology group have also been involved in work on recently stranded cetaceans, especially Moyna Müller and Carol Loch. Of note are recent strandings of the spectacled porpoise, Phocoena dioptrica. In such work, we have strong links with Department of Conservation, relevant iwi, Otago Museum, and Department of Marine Sciences at Otago. 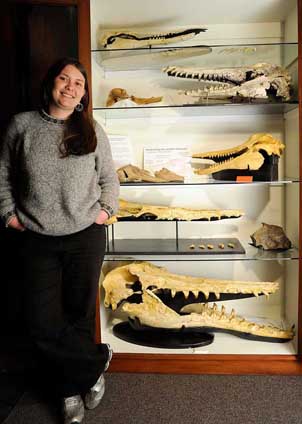 Dr Carolina Loch (Otago PhD on form and function of cetacean teeth) next to a display case that contains skulls of toothed fossil cetaceans from New Zealand. Specimens include a kekenodontid archaeocete, squalodontids, and putative archaic platanistoids. 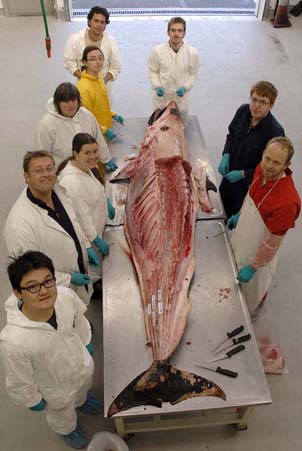 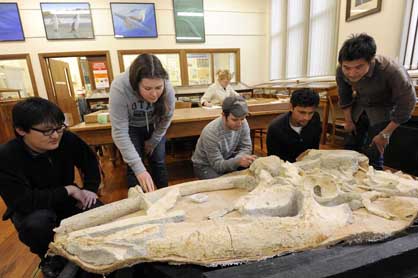 Dr CH Tsai (right) with colleagues, examining the partial skull of the late Oligocene fossil baleen whale Horopeta, in the Geology Museum, University of Otago. Tsai completed his doctorate on Mauicetus-like baleen whales from New Zealand. Others, all PhD graduates from Fordyce's research programme are in the Geology Museum, looking at one key early Mauicetus specimen from Hakataramea Valley. From left to right: Yoshi Tanaka, Carol Loch, Bobby Boessenecker, Gabriel Aguirre, and CH Tsai. Fossil preparator Sophie White is working at the table behind, with the fossil preparation lab in the background.

Pictures show field work from the distant past to recent: 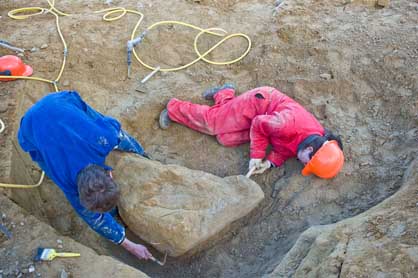 Felix Marx (left) and Carol Loch (right) finish cleaning a block of muddy limestone containing baleen whale bones, before starting to encase the block in a plaster jacket (August 2010). The specimen has now been prepared out fully; it is a species of Mauicetus from close to the Oligocene/Miocene boundary. 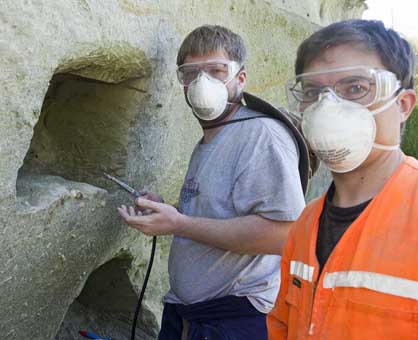 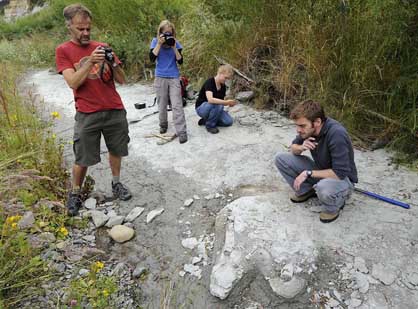 Site of an Early Miocene baleen whale, Otaio River, January 2012. From left to right: Philip Howe (S Canterbury Museum), Julie Brown (Ngai Tahu Rock Art Project), Nichole Moerhuis and Felix Marx (Department of Geology, University of Otago); Felix is close to the whale, with a limb element and part of the left mandible visible just below him. The fossil was found by Robert White and family, and was collected with help from Dr William Rolleston. The fossil is now at University of Otago where it is under preparation.

Evolution and systematics of penguins

Rocks in southern New Zealand have produced important fossil penguins, including many specimens found during field work on fossil cetaceans and now held in the Geology Museum at University of Otago. These have been studied by past postgraduate students: Craig Jones (MSc), Tatsuro Ando (PhD) and Daniel Thomas (PhD). Of note are stem-penguins in the genus Waimanu, and the recently-named Kaiika [literally, food-fish, alluding to penguin diet], studied with former PhD student Daniel Thomas. In 2012, Dan Ksepka, Tatsuro Ando, Craig Jones and I named and described a new genus, Kairuku [diver that returns with food], for 2 of the “giant” Late Oligocene Palaeeudyptes-like penguins in our article “New fossil penguins (Aves, Sphenisciformes) from the Oligocene of New Zealand reveal the skeletal plan of stem penguins” which appeared in Journal of vertebrate paleontology 32:235-254. Most recently, Dan Ksepka and I wrote a popular article on penguins in Scientific American for November 2012. See also the separate web pages on penguins.

Beyond cetaceans and penguins, covered above, New Zealand has an important record of other marine vertebrates. The Geology Museum at University of Otago holds specimens of plesiosaurs, mosasaurs, sea turtles, bony fish, and chondrichthyans. Articles of note in recent years include those of Gottfried et al. (2006 and 2012) on the teleosts Megalampris and Aglyptorhynchus, Gottfried & Fordyce on the extinct white shark Carcharodon angustidens, and Cruickshank & Fordyce on the enigmatic “Shagosaurus” plesiosaur from North Otago – formally known as Kaiwhekea. Other web pages review some of these New Zealand records. For summary accounts of New Zealand’s marine vertebrates, see the articles by Fordyce (1991) and King et al. (2009) – the latter partly updating the earlier Fordyce summary.

New taxa named and/or described in this research programme

Are you an international student interested in postgraduate study with the Otago cetacean systematics/ fossil vertebrates group? If so, check the web information for International Students to see if you are eligible. International students will need a PhD scholarship to fund their study; applications for Otago scholarships, which are competitive awnd hards, close at any time, and are usually applied for at the same time as the application for admission. There are few scholarships for MSc study, and these are highly competitive. If you are eligible to study here, aave first class grades that are likely to win you a scholarship, then please contact me.

Outreach - for the public

Fordyce, R. E. (1997). Contributions on fossil whales and evolution CD-ROM. In Whales and dolphins of the world. Sydney: Webster.