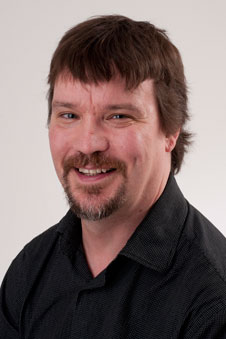 Adolescents who drink weekly before age 17 are up to three times more likely as adults to binge drink, drink drive, be alcohol-dependent, and use other drugs than their non-drinking peers, new Australasian research shows.

Researchers from the University of Otago’s Christchurch Health and Development Study played a key role in the study of 9,000 young Australians and New Zealanders from age 13 to 30. They collaborated with researchers from the Universities of New South Wales, Melbourne, and Queensland on the study. Results were recently published in the international journal Addiction.

The findings provide the most robust evidence to date on the causal relationship between adolescent drinking and other substance use and alcohol problems in adulthood. The study found frequency of drinking was as important as how much was drunk, in terms of the link to problems later in life.

Associate Professor Joe Boden of the University of Otago, Christchurch, is one of the study’s authors. He says the study provides robust evidence for policymakers, health promoters, and parents.

The study found that frequent early drinking, as well as early binge and problem drinking, was a good predictor of future problems with alcohol. The frequency of drinking linked to later problems was drinking at least once a week. Those adolescents who drank at least once a week from age 13 were more than two times more likely than their peers to binge drink, drive while intoxicated, and have other problems related to alcohol once they became adults. The study also found:

Associate Professor Boden says the findings suggest that delaying when teens start drinking regularly could have significant benefits to individuals, families and society as a whole. Public health messages should focus on curbing frequency of drinking as well as the amounts consumed, he said.

Associate Professor Boden says the research highlights several areas for possible reform of alcohol laws and policies, in particular proposals to increase the minimum purchase age, and reducing the ‘anytime anywhere’ availability of alcohol in many parts of New Zealand.”

He says a surprising finding of the study was that there were no direct associations between adolescent drinking and negative psycho-social outcomes such as sexual risk taking, early parenthood and mental health problems.