Two of the University of Otago’s leading researchers have been honoured for their huge contribution to science with Royal Society Te Apārangi medals. 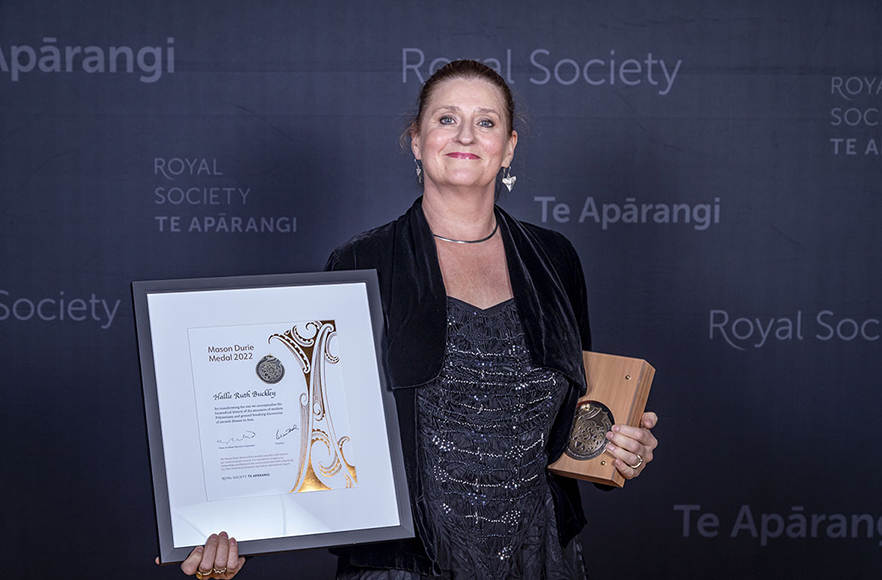 The Mason Durie Medal is awarded for outstanding contribution to the social sciences that while originating in a New Zealand environment, has had an international impact.

Professor Buckley is “humbled and delighted” to be the 2022 recipient.

“I feel that it honours the years of mahi myself and talented students and colleagues have achieved bringing the stories of past peoples into the light.”

Professor Buckley received the award for transforming the way we conceptualise the biomedical history of the ancestors of modern Polynesians, and ground-breaking discoveries of ancient disease in Asia.

She leads numerous large scale, multidisciplinary and multinational projects on the bioarchaeology of diet and health in the Asia-Pacific region. These projects interrogate skeletal and chemical evidence of the lived experiences of populations during major periods of change, as either initial colonisers of a region or when undergoing significant biosocial change.

She has applied multi-disciplinary techniques to pioneer foundational knowledge regarding the quality of lives of ancient Pacific people, and first generation European and Chinese immigrants to Aotearoa.

“Bioarchaeology straddles the biological and social sciences by addressing anthropological questions of health and lived experiences of people from the past. I would hope that receiving this award will highlight the importance of the past informing our present and the importance of sharing knowledge with descendant communities and the wider public.”

Professor Buckley works closely with descendant communities in all stages of her research. She has facilitated large-scale repatriation projects of tangata to mana whenua and engages with various Government agencies on forensic identification.

“Working alongside descendant communities, particularly with repatriation projects has been an absolute privilege,” she says. 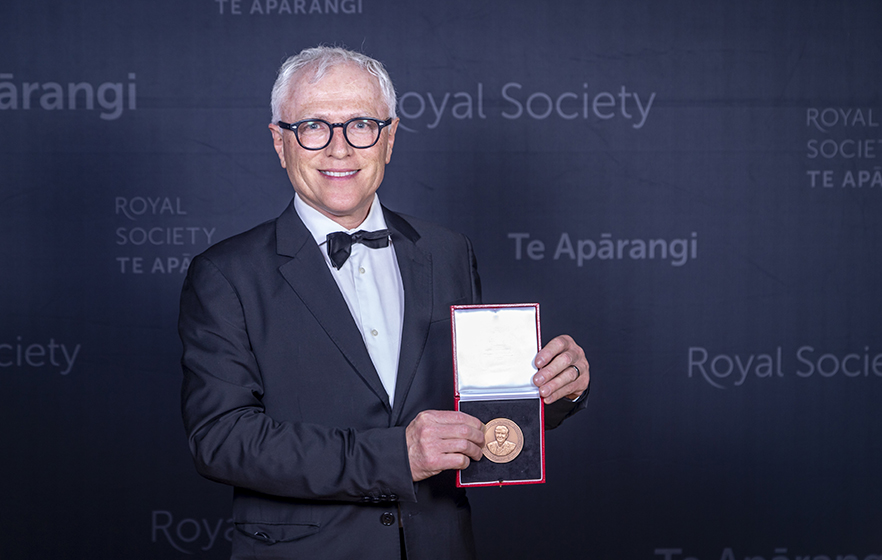 Professor Michael Baker – who has been a regular on our lounge television screens and radios in the past three years – has been awarded the Callaghan Medal for outstanding contribution to science communication and raising public awareness of the value of science to human progress.

His work during 2020-22 has been dominated by assisting with the COVID-19 pandemic response. This work has included strong scientific advocacy for the elimination strategy and other measures which have contributed to New Zealand’s “highly successful” COVID-19 response.

“This award is strong acknowledgement that communication to policy makers and the public is an essential part of scientific research and knowledge translation,” he says.

“This requirement is particularly important for infectious diseases where rapid action is critical for responding to serious outbreaks and pandemics.

“Because infectious diseases are transmitted between people, the behaviour of individuals really matters. This reality means that it is even more important than usual to really engage with the public. We need to explain to people what they need to do to protect themselves and those around them. And also why their actions are important. And we need to make sure no one is left behind, so health equity is vital.”

Professor Baker says nothing could prepare him for the intensity of science communication during the pandemic. His output has included more than 5,000 media interviews on COVID-19, almost 100 published science features and more than 40 peer reviewed publications as an author or co-author.

While the award was presented for science-informed commentary on the COVID-19 pandemic and other major public health issues in New Zealand, Professor Baker has been a leading public health researcher and practitioner for 30 years.

During that time, he has been one of New Zealand’s most dedicated and effective science communicators. He has focused on a wide range of health issues along with evidence informed solutions and used multiple channels to engage with the wider public, decision-makers, and key groups of practitioners.

“These final two significant awards in this year’s round of Royal Society Te Apārangi medals are testament to the high calibre and world renowned staff and research we are so proud of here at Otago.

“Like last week’s recipients, both Professor Buckley and Professor Baker are respected leaders in their field and could not be more deserving of these honours.”