New University of Otago research suggests the brain function of otherwise-healthy individuals exposed to event trauma has the ability to “bounce back” over time once the threat resolves. 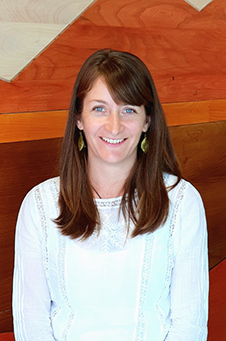 Researchers led by Dr Katie Douglas at the University of Otago, Christchurch’s Department of Psychological Medicine, conducted a follow-up study on a group of Cantabrians, who had been exposed to trauma during the region’s earthquakes over a decade ago.

The original study, conducted two to three years after the earthquakes, showed participants who were exposed to trauma but didn’t develop psychological difficulties, still suffered from problems with aspects of cognitive function compared with non-exposed participants.

Dr Douglas says the new follow-up study, conducted 8 years post-quakes, shows the cognitive function of those trial participants is now normal compared with a group of people tested in Dunedin.

“This is good news as it offers preliminary evidence that there are no long-lasting effects on cognitive impairment after exposure to a traumatic event, at least in people who don’t develop a mental health condition. It suggests changes in their cognitive functioning and emotion processing may be related to exposure to continued threat in the environment, which improves when the threat resolves.”

The original 89 trial participants were recruited in response to articles, opinion pieces and community notices in newspapers and via word of mouth over the course of 13 months, from January 2013 to February 2014. All received a face-to-face assessment and completed diagnostic questionnaires to confirm they had received no earthquake-related psychiatric diagnoses or counselling.

The results from this initial trial showed that similar to those with PTSD, resilient individuals exhibited clinically significant impairment in visuospatial learning, memory and facial emotion processing compared to a non-exposed group who had completed cognitive testing in other studies prior to the earthquakes.

The new 2019 follow-up study, published in the British Journal of Psychiatry Open, tested 57 earthquake-exposed, resilient Canterbury residents from the original trial with 60 non-exposed participants from Dunedin, between July 2018 and March 2020. This time they were tested on a wider variety of cognitive tests – including verbal and visuospatial learning and memory, executive functioning, psychomotor speed, sustained attention and social cognition.

“The hypothesis was that participants in the earthquake-exposed resilient group, compared with the non-exposed, would perform less well on tests of spatial memory, would have increased accuracy for the identification of all facial emotions and also exhibit a bias in the misclassification of neutral facial expressions to threat-related emotions,” Dr Douglas says.

“However, no significant differences were found in performance between the groups in the cognitive tasks. What’s more, the original earthquake-exposed resilient group showed an improvement in their visuospatial performance from the first trial and their reaction times to negative emotions was also slowed.”

Dr Douglas says these findings back up similar international studies which show the brain’s ability to recover once distanced in time from the original trauma.

“When the original studies were conducted, people were living in an environment of ongoing seismic activity where, over a two-year period, Canterbury experienced over ten thousand aftershocks. The fact that residents were in a chronically hyper-aroused state may have resulted in biological changes in the brain, such as in the amygdala, which is responsible for processing strong emotions. By the time of the current study however, there was no seismic activity and the sense of threat had abated.”

“These findings give us a sense of the effects of exposure to major threats from disasters such as earthquakes on wider populations. They are reassuring in showing that a resilient response is the most prevalent. They also suggest, conversely, that persisting impairments in threat sensitivity and cognitive functioning may affect people’s productivity and could potentially be a target for intervention.”