This is Case Study One for the Research Impacts study. 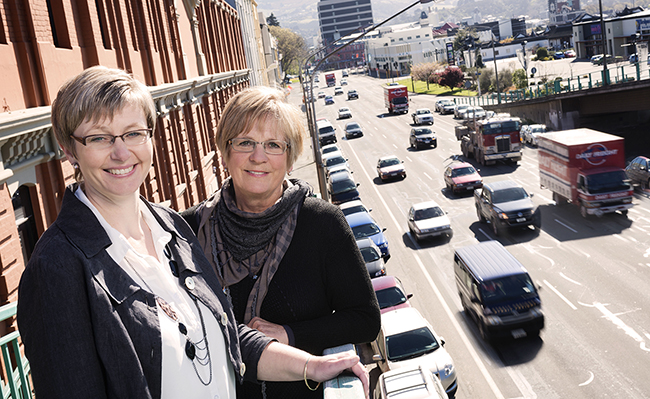 The work of the New Zealand Drivers Study (NZDS) has had a New Zealand and international impact. It successfully influenced policy and legislative changes along with road safety programme and campaign development. The main policy success was informing the decision to raise the minimum driving age from 15 to 16 in 2011. The forward-thinking research team achieved impact by creating relevant research questions and working closely with stakeholders and the community through meaningful engagement activities.

At the time of the NZDS’ establishment in 2001, motor vehicle traffic crashes were the leading cause of death and injury among young adults aged 15–25 in New Zealand1. The NZDS research was created to provide an evidence base to facilitate policy and programmatic change aimed at reducing the number of deaths and injuries. The research design specifically looked at aspects of the graduated driver licensing system (GDLS) – that is progression from learner licence, to restricted licence, to full licence – with the aim of determining risk factors and protective factors for crashes, injury and infringements for the participants.

The study was a prospective cohort study with the initial pilot running from 2001–2004, and the main study from 2005–2013. Participants were recruited to the study through Automobile Association (AA) and Vehicle Testing New Zealand (VTNZ) centres when they applied for their learner car licence, and were followed as they went through the stages of the GDLS. Māori providers who ran driver licensing courses in their communities were also consulted, and recruited new drivers to the study. In all, 3992 new drivers were recruited to the main study and completed a baseline questionnaire at the time of their learner licence test. Further interviews took place after passing the remaining two stages of GDLS. Twelve hundred parents of the youngest drivers were also interviewed at the restricted licence stage. Ongoing follow-up continued through official records (crashes, injuries, infringements).

Key findings of the NZDS:

The NZDS received approximately $3.9 million of funding from the following funders:

Multiple national road safety programmes and campaigns were undertaken by NZTA, ACC and Auckland Transport as a result of the NZDS:

NZDS studies were referenced in:

"Impact means research can be applied straight away – we’re constantly looking for applied research that we can literally buy off-the-shelf.”

“Get out there, make sure people know who you are and what you’re doing. Especially the people who are likely to be influenced or affected by your research.”

Stakeholders interviewed expressed their appreciation for proactive engagement and a targeted approach to research and dissemination from the NZDS researchers.

Andrew Joel from the NZTA said:

“They’ve been very approachable and eager to discuss research, and shared early findings with me. They’ve been very prepared to come and help speak to stakeholder gatherings or participate in workshops. It just has more impact when you have the actual researchers available to answer questions”.