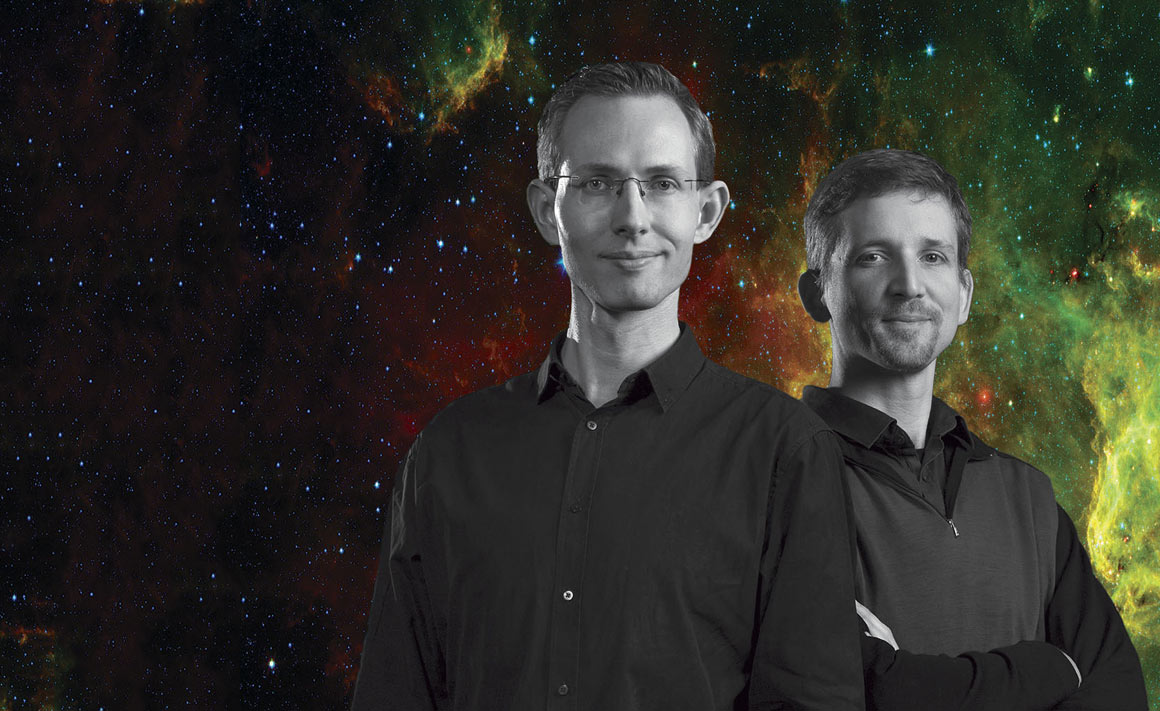 A breakthrough discovery of gravitational waves – predicted a century ago by Albert Einstein – is having a major influence on Otago research exploring the history of the universe.

Some 100 years ago Albert Einstein predicted the existence of gravitational waves, however it took until February 2016 for this prediction to be proven. A large international research group, using ultra sensitive equipment in the United States, confirmed that they had, finally, detected gravitational waves, a confirmation that has excited members of Otago’s Mathematical and Computational Gravity Group who have been focusing on research related to Einstein’s theory of gravitation for several years.

Dr Florian Beyer explains that these particular gravitational waves, or tiny disturbances in space and time, originated in two enormous black holes that were orbiting each other and then collided and merged into one black hole. He uses the analogy of the collision being like a stone thrown into a lake and the gravitational waves being the ripples from the splash.

Fellow Gravity Group member, Dr Joerg Hennig, adds the mindboggling information that this cataclysmic event occurred 1,300 million years ago: it has taken that long for the signals, travelling at the speed of light, to reach us.

Hennig says that the signals were so weak that the detection equipment had to be sensitive enough to identity a distortion in space and time 1000th the diameter of one atomic nucleus across a four-kilometre strip of laser beam and mirror on the ground. The scientists were able to follow the violent merger of the two black holes over a period of 0.2 seconds.

“Scientists have long expected that these gravitational waves would be discovered one day,” Beyer notes, “so the news was extremely exciting. It confirmed Einstein’s theory, which is the best theory we have of how the universe behaves.”

So, what does all this mean for the ongoing research by the Gravity Group at Otago?

“This now gives us a new way of observing the universe,” Beyer says. “So far, people had only observed the universe with optical telescopes and electromagnetic waves. We think that, in the future, we can make observations of the universe, using gravitational waves, that will allow us to see much deeper into the past and, hopefully, confirm the theories that we develop.”

Beyer offers as an example of the difference the discovery could make, research he is undertaking with a colleague in Paris.

“We have been working on the very early universe: that is, the time just after the universe was created in the Big Bang, where the conditions were so extreme and matter was condensed in such a small volume that we can’t really apply our normal, everyday notions of physics to it.

“We were able to theoretically find an effect that was previously overlooked and now we hope that we can work out the observational consequences of that, make predictions, and, with this new discovery of gravitational waves, confirm or disprove our theory in the future.”