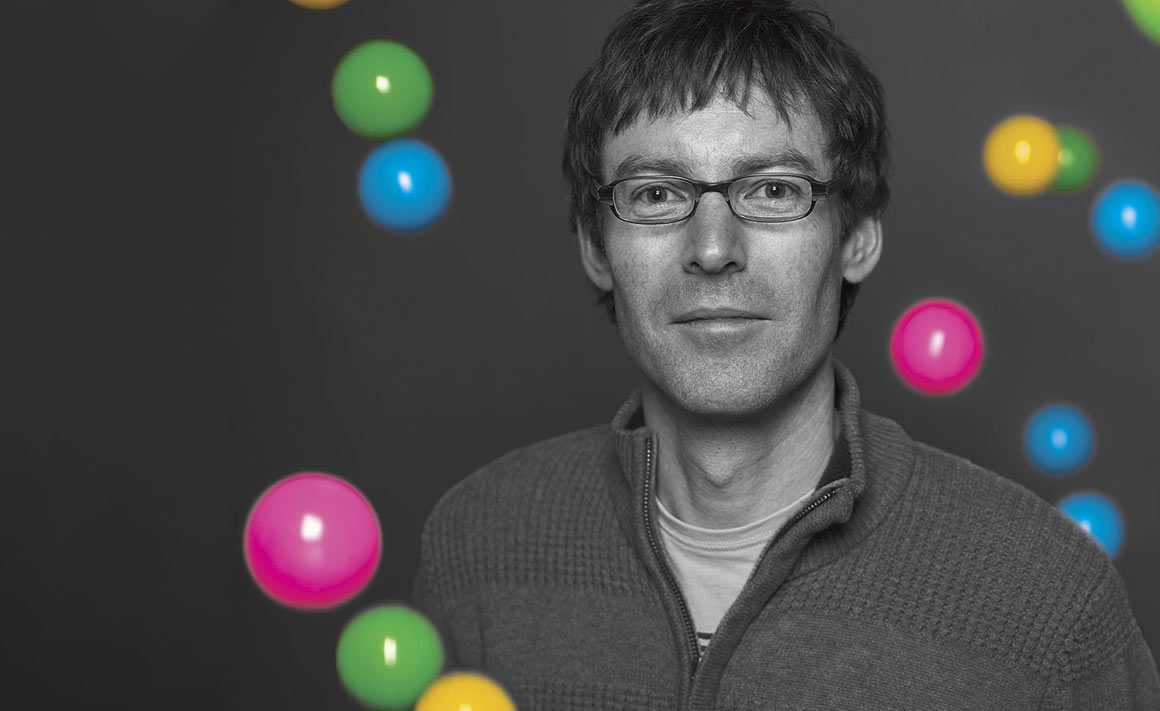 Associate Professor Peter Fineran has become an expert in the groundbreaking gene-editing CRISPR-Cas system, with potential applications from medicine to agriculture and beyond.

Clustered regularly interspaced short palindromic repeats – or CRISPR, pronounced “crisper” – isn’t a phrase you hear every day, but the potential of the system offers far-reaching consequences in the very building blocks of life.

CRISPR are segments of prokaryotic (or single-celled) DNA containing short repetitions of base sequences. Each repetition is followed by short segments of “spacer DNA” from previous exposures to bacterial viruses (phages). CRISPR-associated proteins (Cas) use the spacers to recognise these viruses, cutting up their DNA and inactivating the viral invaders – providing an adaptive immune system that resists plasmids and phages.

In 2012, it was discovered that by modifying this mechanism, it was possible to target and cut any DNA sequence and edit genomes. A year later, the technology was modified further so that the target DNA is bound and blocked, rather than cut, allowing a gene to be turned off without altering the DNA sequence. In 2014, a further advance allowed the blocking enzyme to be reactivated, enabling a way to turn genes on and off using chemical triggers, or blue light. And this year, researchers further improved on the performance of CRISPR by allowing for the editing of single DNA letters.

At its core, the technology allows for revolutionary advances in gene editing and is one of the tools being used to significantly accelerate biological research – by increasing the speed and ease of creating new animal-based or cellular models for disease – and offers new treatments, or products, in a range of industries from biotechnology to medicine to agriculture.

“This is an incredibly fast-moving field and it has been really exciting to be contributing to the research since the beginning,” says Associate Professor and Rutherford Discovery Fellow Peter Fineran (Department of Microbiology and Immunology).

“There are new discoveries happening all the time and CRISPR meetings are held every year.

"CRISPR is the only technology that allows for many DNA sites to be edited simultaneously and is much more accurate than earlier genetic modification technologies."

“There are many studies going on in human diseases at the moment – such as around hereditary diseases – but this raises ethical questions around editing people’s DNA sequences and that’s where we need to evaluate where the benefits outweigh the costs.

“Agriculture is an easier area, though New Zealand has very strict regulations around genetic modifications. But the science allows for advancements such as creating drought resistance in plants or higher yielding crops, though some of the changes made in the past – such as putting varieties together – have been more random.”

Fineran and his team (which includes three postdocs and seven PhD students) are focused on the function of the “machinery” of the CRISPR-Cas immune system, rather than the potential applications. Currently the group has two major projects involving multiple collaborators within New Zealand, the Netherlands, Canada and the UK. One project is exploring how the immune memories are acquired and the other looks at when immunity is activated – or dialled up or down.

“We’re trying to understand the fundamental mechanisms of these incredible immune systems in order to work out how the bacteria use them and how we can exploit them,” says Fineran.

“As part of this we’re looking at many areas, how they acquire immunity, how those immune memories were generated in the first place. Even when a system is immune to a virus, it’s taking new memories all the time to ensure that when a virus mutates, the bacterium adapts.”