Allan Wilson at Otago: the science of evolution 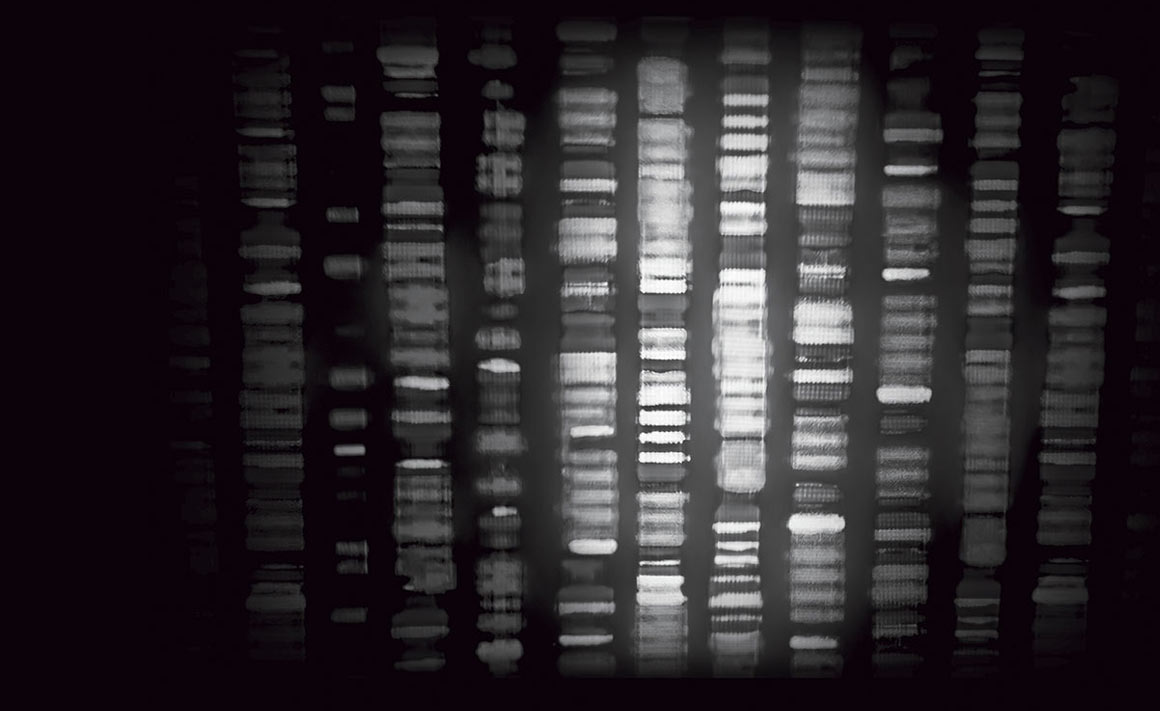 Using the latest techniques in evolutionary genomics, members of the multidisciplinary Allan Wilson at Otago Research Theme are exploring the health and histories of the people, flora and fauna of New Zealand, across the wider Pacific and in to the world beyond.

Tracing history to inform our future 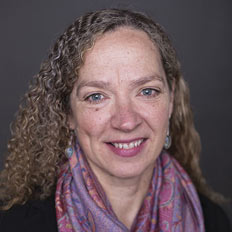 Knowing where we come from is, for many people, important in defining who we are.

Historical heritage is particularly important among Pacific cultures and, worldwide, there is a growing interest in tracing ancestors and growing family trees.

Now researchers at the University of Otago are using the latest scientific techniques to discover and reconstruct evolutionary history and understand diversity. That includes tracing our origins back along ancient migratory pathways to the dawn of human history.

Allan Wilson at Otago is one of the University’s newest research themes, building on groundbreaking work done at the Allan Wilson Centre for Molecular Ecology and Evolution.

Director Professor Lisa Matisoo-Smith is one of seven principal investigators taking an evolutionary approach to understanding issues surrounding the biological diversity of people, animals and environments in New Zealand, the Pacific and across the world.

“Most of us collaborated with each other at the Allan Wilson Centre until it lost [Centre of research Excellence]funding last year [2015],” says Matisoo-Smith. “We felt our research relating to human origins and conservation was too important to stop, especially as we had had such positive results from involving the public in our investigations.

“We felt a commitment not just to the research, but to the communities who had engaged and contributed to it, and also to the general New Zealand public, so we applied to the University for research theme funding and succeeded.

“It’s lovely to have this support and it’s great that the University realises the value of bringing so many different researchers together for such major projects.”

Aside from the Otago-based researchers from a range of disciplines, the core group includes long-term associate investigators Professor Russell Gray of the Max Planck Institute for the Science of Human History in Germany, Professor David Lambert of Griffith University in Australia, and Associate Professor Craig Millar of the University of Auckland.

Biological anthropologist Matisoo-Smith (Anatomy) focuses on understanding human migrations, how humans adapted to novel environments and the impacts they have made on those environments, while other investigators cover related topics.

“All of us are interested in the broad Pacific region, but that’s just part of the bigger, worldwide picture."

"New Guinea was one of the first areas to be inhabited by humans coming out of Africa, and New Zealand was the last landmass inhabited by the great migrations, so what we do here extends out to the whole world.”

Researchers collect and study both ancient and modern DNA to trace lineages across the globe. They use the latest technology in genetics and genomics to investigate issues involving past and present humans, animals and their environments. Team members share data and specialise in their areas of expertise – from history, health and disease to native biota and climate.

“Most of what we do is pure research. We don’t always anticipate how it will be applied, but it contributes to our understanding of evolution.

"The better we understand our past, the better we will be able to predict and, possibly, mitigate the future.”

Researchers are creating a toolbox of information that may be used in various ways in the future, such as in ethical debates about gene editing and eugenics to tackle disease.

“We need data on how society has acted in the past to inform these kinds of social issues, and we need opportunities and events where we can have these conversations and where the public can be involved and engaged with the research we and key international colleagues are doing. Allan Wilson at Otago provides that.”

Matisoo-Smith pioneered the use of evolutionary genetics to trace Pacific migrations and is the latest recipient of the University of Otago’s highest award, the Distinguished Research Medal. It’s an honour that should really be shared, she says.

“All of my work is collaborative and it’s really recognition of all of our cross-and multidisciplinary research – and also how we have been able to involve the public.

“Getting the award was a shock, but also a very nice surprise. I feel very lucky that the work I do is on a topic that engages people. People are interested in people, who we are and where we come from.” 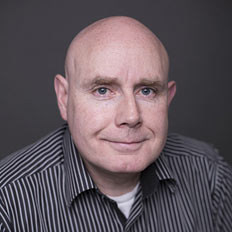 His work includes completing the genome for New Zealand’s unique and endangered tuatara and investigating gene editing as an effective means of controlling unwanted species.

“Biocontrol research is a very strong component of what my lab does, and we are developing theory and technology that can support the goal of a predator-free New Zealand by 2050. Total pest eradication is theoretically possible now, but it would be much easier using genetic tools.

“If we can deliver individuals who produce all male offspring or male offspring that are infertile we should be able to regulate populations over time. We know we can counter malaria and dengue fever by making mosquitoes that cannot carry those parasites. We can do something similar with mammals.”

New technology has also enabled huge advances in researching the molecular basis of disease in humans and other species.

“Because we can now sequence genomes relatively quickly and inexpensively, we can do so for tens of thousands of individuals. We can look for patterns of similarities and differences and see what they can tell us.

“We’ve already got a much greater awareness of the genetic underpinnings of all kinds of diseases, such as showing how European New Zealanders and Māori and Pacific Islanders have different genetic susceptibilities to a variety of common diseases and ailments.

“Once we understand why some of us are dying younger or suffering from conditions rare in other populations, we may be able to do something about them and that is one of our goals.” 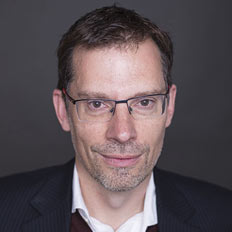 Evolutionary biologist Professor Jon Waters (Zoology) is working at the intersection of various disciplines to build a picture of New Zealand biodiversity at the time of human arrival and see how and why it has changed.

“We’re doing a kind of audit or stock-take of prehistoric and present New Zealand, working with ancient DNA, archaeological and climatic data – trying to push the boundaries where these different fields meet.

“We have strong relationships across the University and we are well-connected nationally and internationally, so the research theme funding gives us continuity and allows us to stay competitive on the world scene.”

Waters’ investigations show how native sea lions, penguins and other coastal species reduced in number when humans first arrived, and how new species have since arrived to replace them.

“In some cases we may even face conservation conundrums, with competition between surviving species and new arrivals such as the Australian little penguin.

“The impact humans have had on various species is really interesting. A lot of changes are tied in with humans. Stewart Island and Foveaux Strait seem to have been an important prehistoric wildlife refuge as human population dropped in periods of cold. This allowed species like sea lions and penguins to come back in from the south.”

These kinds of discoveries are only now possible with advances in technology giving rise to greater understanding of the past, says Waters.

“The focus on ancient DNA as a tool to look into the past has really revolutionised our understanding of New Zealand’s history.” 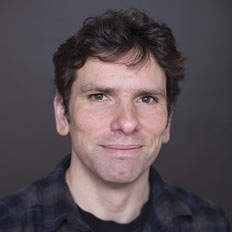 Biological anthropologist and Rutherford Discovery Fellow Dr Michael Knapp (Anatomy) is looking at how species interacted with their environment as well as their reaction to human impact.

“Our work integrates genomic, phylogenetic, biogeographic and environmental data to address a number of questions from a multidisciplinary angle.

Knapp’s study of ancient remains includes finding out how diseases such as TB arrived in New Zealand and how they have changed.

Aside from Otago colleagues, he has collaborators in Denmark, Australia, Germany, the USA and the UK.

“All our different research interests are complementary. They are all pieces of the puzzle that will help us to understand past and present life and how it is changing."

“Our research will contribute to protecting New Zealand's natural heritage, build capacity for genome scale projects in New Zealand, and help establish New Zealand at the cutting edge of the rapidly growing field of conservation genomics.” 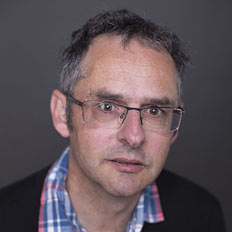 His research group takes a genetic approach to understanding the biology of human disease.

“We’re using genetic variants to get more knowledge about the causes of disease in Māori and Pacific Islands people – also, what evolutionary pressures have led to their presence in the modern populations?”

Specific studies include the genetic causes of gout, type 2 diabetes and kidney disease, and how these genes react with the environment.

“Our goal is to be able to apply the genetic knowledge we are gaining in clinical care and to reduce the occurrence and impact of these diseases.”

International collaborators include colleagues in the USA, Europe and Japan. 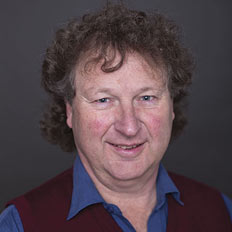 Population geneticist Professor Hamish Spencer (Zoology) is investigating the evolution of New Zealand's plants and animals as well as humans.

One of his current specialities is the marine environment, trying to find out how closely related New Zealand and Australian molluscs are.

“Long distance dispersal is important in the evolution of New Zealand's biota. We’ve long held theories about the relationships of our plants and animals to those in other parts of the world such as Australia, but now we can test our hypotheses using molecular genetics.”

Spencer also studies the history of eugenics, the social and political movement that advocated controlled breeding.

“Eugenics is mainly considered in terms of Nazi Germany, but it was much more widespread – including the USA and Scandinavia and even New Zealand. In 1928 our government almost passed legislation that would have allowed compulsory sterilisation.”

New ethical questions arise, says Spencer, now that it is possible to identify and manipulate genes involved in such things as disease.

“What do you do about genetic disorders in particular populations? Does that question have racist overtones? The study of eugenics could inform the ethical debates we have to have.”

Spencer collaborates with colleagues in the USA, the UK, Japan, Chile and Australia as well as the Allan Wilson at Otago group.

“It’s fun to work with people who are both good to be with and first-class scientists. Members of this group are world class and I’m proud to be part of it.” 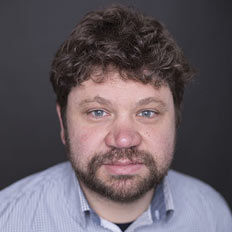 “Reconstructing the evolutionary history of species or, indeed, of humans involves working alongside and with evolutionary biologists and genetic anthropologists to develop the tools they need to use.

“Because we are doing things that haven’t been done before we have to design to order and, most of the time, we have to start more or less from scratch.

“Usually things are not quite straightforward and the modelling becomes very complex, such as when we model analytical genetic sequences and look for complex evolutionary signals from them.”

“This kind of collaboration is critical for me because it keeps what I do relevant, finding solutions to problems for a whole network of researchers."

“It's really important to me that Otago is a hotbed of this kind of research – it has great potential and was one of the things that attracted me here. Otago’s strength stands out and could develop even more.”