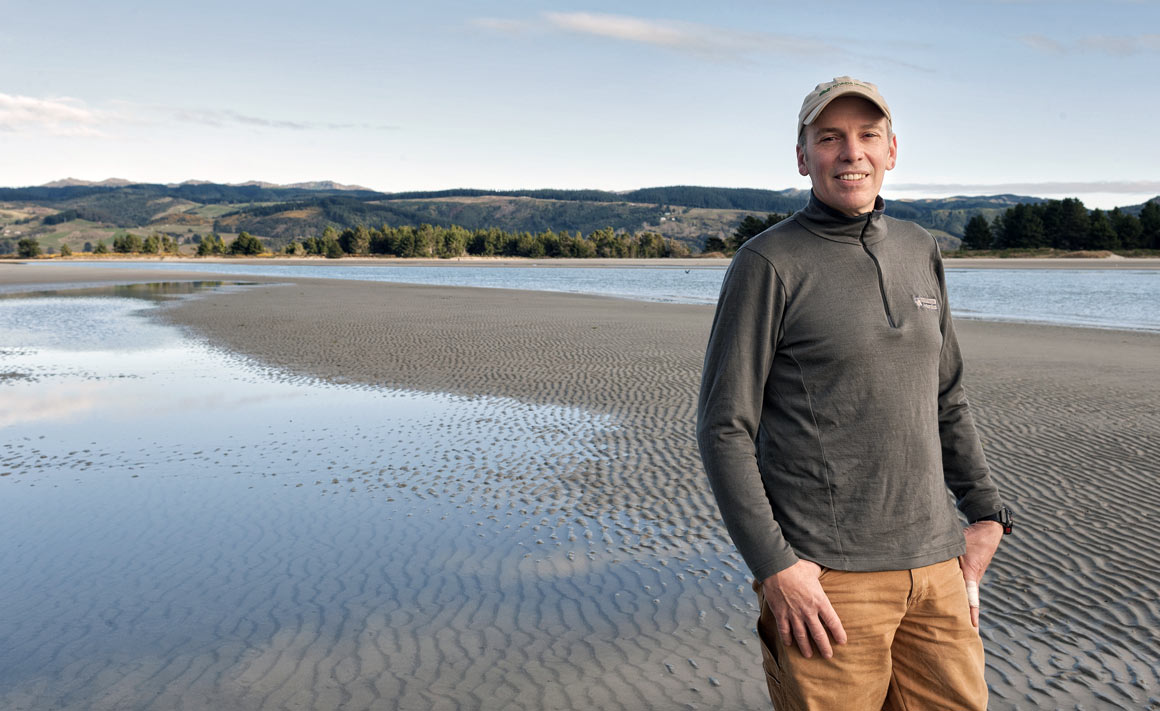 With three significant research projects underway, Professor Steve Wing and his colleagues are investigating the relationships between organisms and their marine environments, from the Antarctic to the coastal waters of New Zealand, and what that can tell us.

Being able to access territorial waters 20 times the size of New Zealand's land area provides Otago researchers with unique opportunities to understand how marine ecosystems are changing in the Southern Hemisphere.

Professor Steve Wing (Marine Science) says this diverse marine environment, which spans latitudes from the most southern ocean habitat in the world up to the sub-tropical Kermadecs, is subject to many physical and biological changes in the modern era.

"New Zealand has sovereignty over a tremendous range of different ocean ecosystems,' he says.

"The challenge is to understand how the ocean is changing, and how those changes affect our natural heritage and the vast services we get from the sea."

“Excellent marine science research is being carried out across a wide range of departments at Otago – including Marine Science, Zoology, Botany, Physics, Surveying, Geology, Archaeology, Economics and Chemistry, to name a few – bringing together the abilities of an exceptionally talented group of researchers from different disciplines.”

As part of the National Science Challenge, Sustainable Seas, Wing is heading a multidisciplinary project titled Ecosystem Connectivity: Tracking Biochemical Fluxes to Inform Ecosystem-based Management. This is designed to understand the critical connections within ecosystems that drive responses to environmental change.

Wing and his colleagues are not only examining normal functional relationships between organisms and their environments, but also how organic matter, nutrients and contaminants are processed and channelled through food webs – from those found under Antarctic sea ice to those of New Zealand's coastal waters.

"We try to do research that is useful for guiding management decision-making, both for conservation of our natural heritage and for effective, sustainable management of resources. Most of the time they end up being the same thing."

Part of their research has involved diving below sea ice in the Ross Sea to understand more about the implications of changes in sea-ice cover.

"Sea ice covers about 11 per cent of Earth's surface so it's a major global biome. The underside of sea ice is infused with algae and this produces food that is vital to the whole Antarctic ecosystem," says Wing.

"Emperor penguins, Weddell seals – many of the creatures that live down there rely on krill and fish that feed within food webs fuelled by ice algae and we can chemically track that through from the sea ice to the top of the food web. Therefore we can link changes in sea-ice cover directly to ecosystem dynamics.”

Closer to home, recent Marsden Fund research in the sub-Antarctic Islands is shedding light on the role of iron as a limiting nutrient in the Southern Ocean and the ways iron is recycled within, and concentrated at the top of, the food web.

"In the Southern Ocean sea birds and marine mammals feed on fish, squid and zooplankton fuelled by phytoplankton that are fertilised by iron. The iron gets bio-accumulated up to the top of the food web and then excreted back into the water where it stimulates productivity."

They discovered that the concentrations of iron in sea bird guano were up to 100 million times background levels. Their research identified how the addition of a tiny amount of sea bird guano containing bio-available iron can produce a 400 per cent increase in productivity, and shifts in the composition of phytoplankton species. They also found iron is recycled up to seven times by the biological community, indicating that the presence of an intact food web culminating in sea birds helps sustain productivity of the whole system, including fisheries. 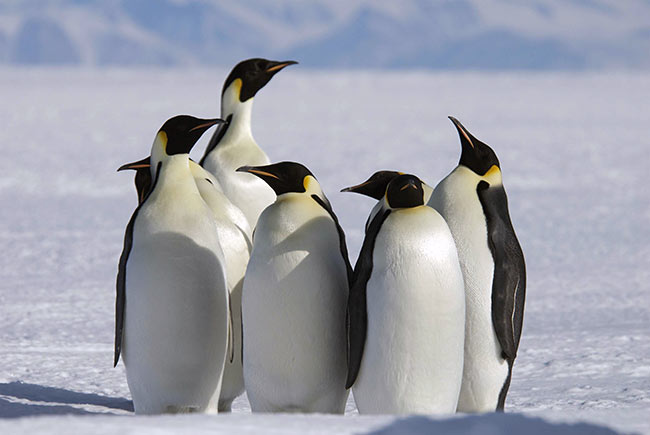 “Emperor penguins … rely on krill and fish that feed within food webs fuelled by ice algae and we can chemically track that through from the sea ice to the top of the food web.”

Wing says animals at the top of the food web – including sea birds, marine mammals and fish – provide vital ecosystem services to the whole Southern Ocean and this research highlights how conservation of those animals is an integral part of effective, sustainable management. "As we have altered links in that food web it has affected function of the whole system.”

Closer to home still, a comparison of what is happening in the coastal fisheries of the Marlborough Sounds and Fiordland has shown how rotting material from healthy native forests is an important component of the Fiordland marine food web. But, in the Marlborough Sounds, a decline in kelp forests is being measured as the result of sedimentation caused by changes in land use and this is running right through to the productivity of fisheries.

"Here connectivity between the land and the sea highlights that what we do on land can dramatically affect the marine ecosystems that surround us – ki uta ki tai," says Wing.

Next:
Mātauranga and marine management