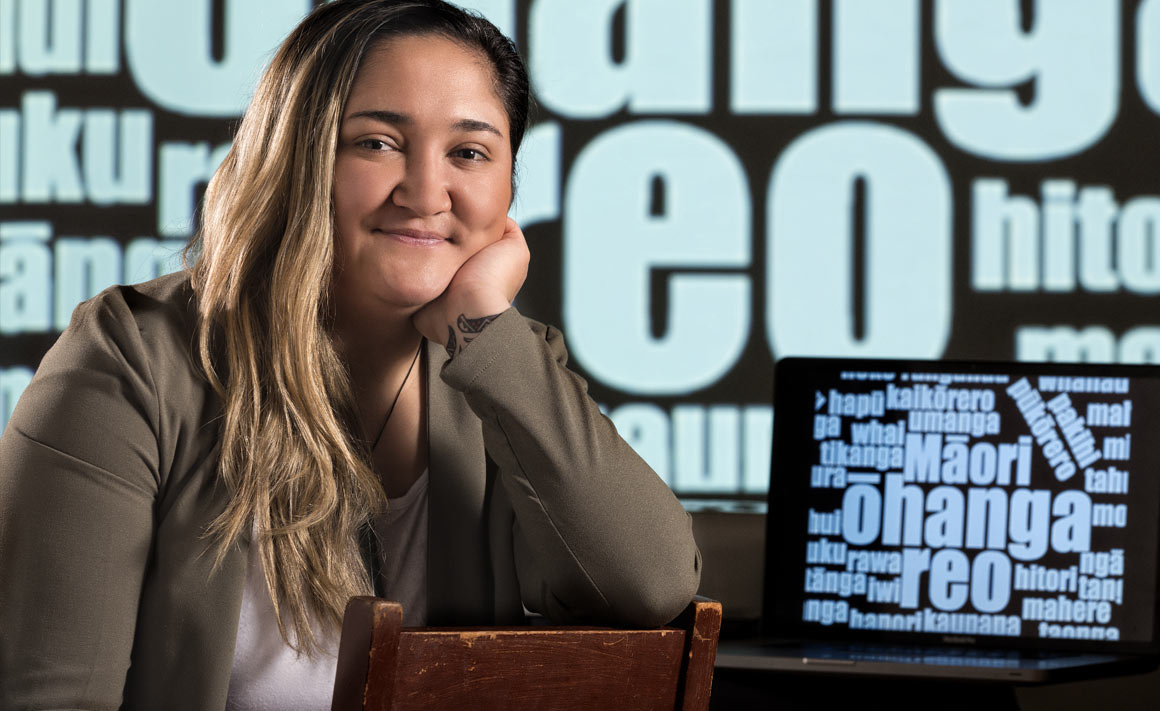 The research flows from Leoni’s Otago PhD thesis on the way government departments use the Māori language, which she wrote entirely in te reo Māori, having to create new words for terms such as “corpus planning”.

She uses the analogy of Māori people, from a language perspective, being like a pīpīwharauroa (shining cuckoo), which does not build its own nest or rear its own young.
“Māori have been borrowing from the English language to describe economic activity,” Leoni explains. “This project supports Māori to build their own economic language nest through the use of te reo Māori.”

She notes that many capable te reo Māori speakers switch to English when discussing economic activities, because of a lack of knowledge of relevant terminology and vocabulary in te reo Māori.

Leoni (Ngāi Takoto, Ngāti Kuri) says that the research will allow kaupapa Māori to be included in Māori businesses, using vocabulary that has a whakaaro Māori – or a Māori way of thinking, not just transliterations – and that encompasses the philosophy of trading in a Māori way.

"Economic activity needs the opportunity to be expressed in te reo Māori in order to truly align with kaupapa Māori values and to get buy-in from the community."

She cites the example of the Māori translation of the word, stakeholders: hunga whāipanga. “For Māori, it means a lot more than just being a stakeholder. In a Māori business, a stakeholder might be an iwi representative, a whānau member, or a kaitiaki or guardian.”

Leoni says that her task includes researching historical documents to identify language that has been lost or hidden, and examining modern language to identify words that are currently used and t discovering any gaps, with the objective of reintroducing and developing appropriate language that expresses economic activity.

“The research will help bring te reo Māori and tikanga Māori into modern society, and is extremely significant as Māori reach the ‘post-settlement' era of Treaty of Waitangi negotiations where there is an increasing amount of economic engagement by Māori organisations.”

She says that she is particularly interested in connecting with two iwi: her own Muriwhenua iwi in the north, which has recently reached a settlement with the Crown; and Kāi Tahu in the south, which is further along the post-settlement economic path.