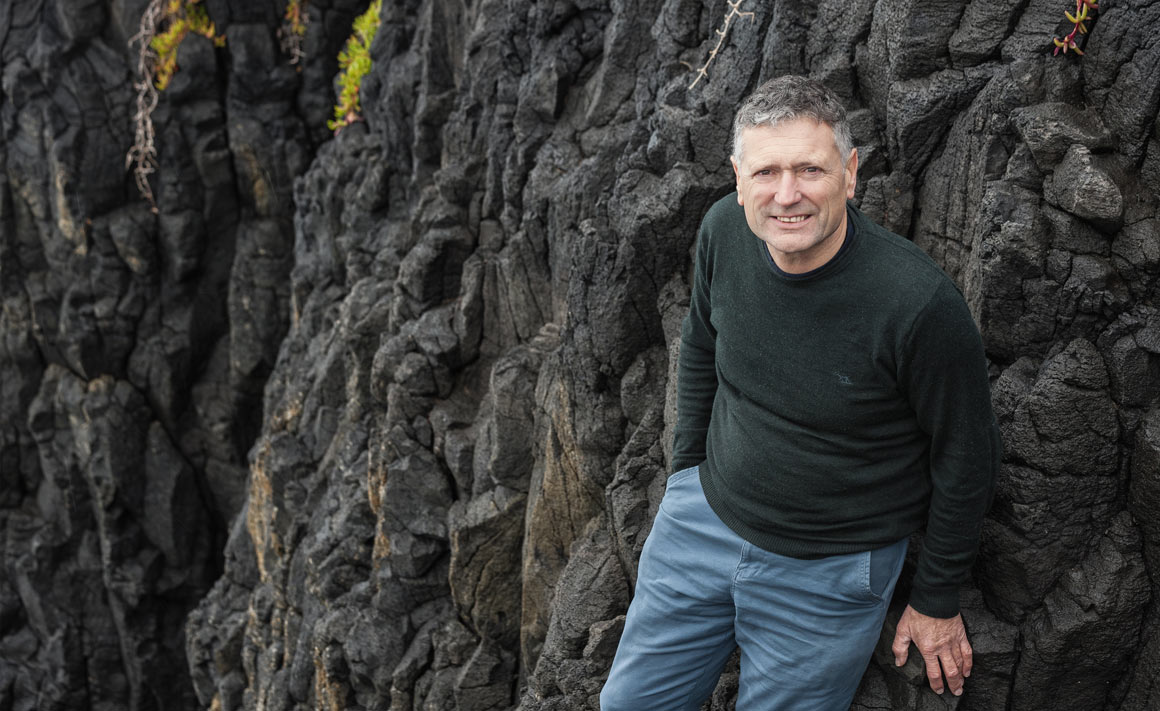 The 2016 Kaikoura earthquake was the most complex rupture ever observed in the world, involving more than 20 distinct faults and resulting in dramatic changes to the landscape. This and the following two stories show how the earthquake is now giving Otago scientists opportunities to rethink seismic modelling, to investigate the relationship with nearby faults and the effects on biodiversity, as well as the unexpected benefit of providing resilience to sea-level rise.

Kaikoura’s 7.8 magnitude earthquake has proved to be groundbreaking in all kinds of unexpected ways.

Apart from the physical damage caused by the most powerful ’quake to shake the area in 150 years, the 2016 event’s complexity has given scientists new insights into the seismic hazard of the northern South Island.

Mark Stirling, Otago’s inaugural Professor of Earthquake Science, led the development of the last three versions of the national seismic hazard model, the latest of which is being updated for the Kaikoura area.

“This has been the most complex rupture ever observed in the world. It was a combination of more than 20 distinct faults and a culmination of different kinds of behaviour in terms of slip amounts and slip types, which is very unusual. In two minutes the rupture went from south-west to north-east, involving several different sub-events that jumped from one fault to another.”

The 7.8 magnitude Kaikoura earthquake was the most powerful ’quake to shake the area in 150 years. It involved more than 20 faults and led to horizontal ground movements of up to 11 metres.

Conventional wisdom suggested that a rupture was likely to halt at a substantial gap between two faults. But the 170 kilometre-long Kaikoura rupture bridged wide gaps, involving mature, immature and, even, unknown faults.

“This defies many conventional assumptions about the degree to which earthquake ruptures are controlled by fault segmentation and should motivate rethinking of certain aspects of seismic source models,” says Stirling.

The ’quake rupture also straddled two distinct seismotectonic domains, ranging from the North Canterbury zone, which is known for contractional faults, to the Marlborough area, which is better known for strike-slip faults.

The rupture continued north towards the North Island and left in its wake horizontal ground movements up to 11 metres and vertical shifts as well.

But the story intensifies 10 to 15 kilometres below ground, where present research is investigating the possible influence of the Hikurangi subduction zone 20 kilometres beneath the north-eastern South Island.

“We are investigating whether there are deeper controls than we would normally have interpreted from the crustal rupture,” says Stirling.

“The earthquake science community is somewhat divided as to whether the Hikurangi subduction zone is still active under Marlborough and how much potential influence it has had on the earthquake. This topic is obviously a work in progress, but could eventually result in a big leap forward in our thinking about what controls complex ruptures. We need to work on this for the future.

”We’ve also discovered more faults than we knew about previously so we hope to be able to undertake palaeoseismic investigations on some of the faults to learn about prehistoric earthquakes and coastal uplift in the area.”

How does research revisiting the hazards affect the east coast rebuild of road and rail links?

“There’s usually an elevated seismic hazard rating in any area due to aftershocks and triggered earthquakes that follow a major earthquake and, although this activity eventually decays, the modelling for the state highway rebuild is taking this into account. What's being done is a design based on an elevated hazard.”

Could the recent major ground movements afflicting the east coast from Christchurch to Kaikoura influence the Alpine Fault to the west?

“What is unknown is the effect the earthquake may have had on the Hope and Clarence Faults. The Hope Fault stretches from the east coast all the way west to connect with the Alpine Fault. It’s the second fastest slipping fault in the country, currently taking about 20 millimetres a year of plate boundary slip rate off the northern section of the Alpine Fault and transferring it to the north-east.

Stirling and others want to know why the Kaikoura quake rupture did not jump to the Hope Fault.

“We need to work on the relationships between the faults in the area and the drivers controlling rupture behaviour and complexity. The Kaikoura earthquake has emphasised the importance of defining complex rupture scenarios for seismic hazard models in plate boundary zones – not just in New Zealand, but worldwide.”