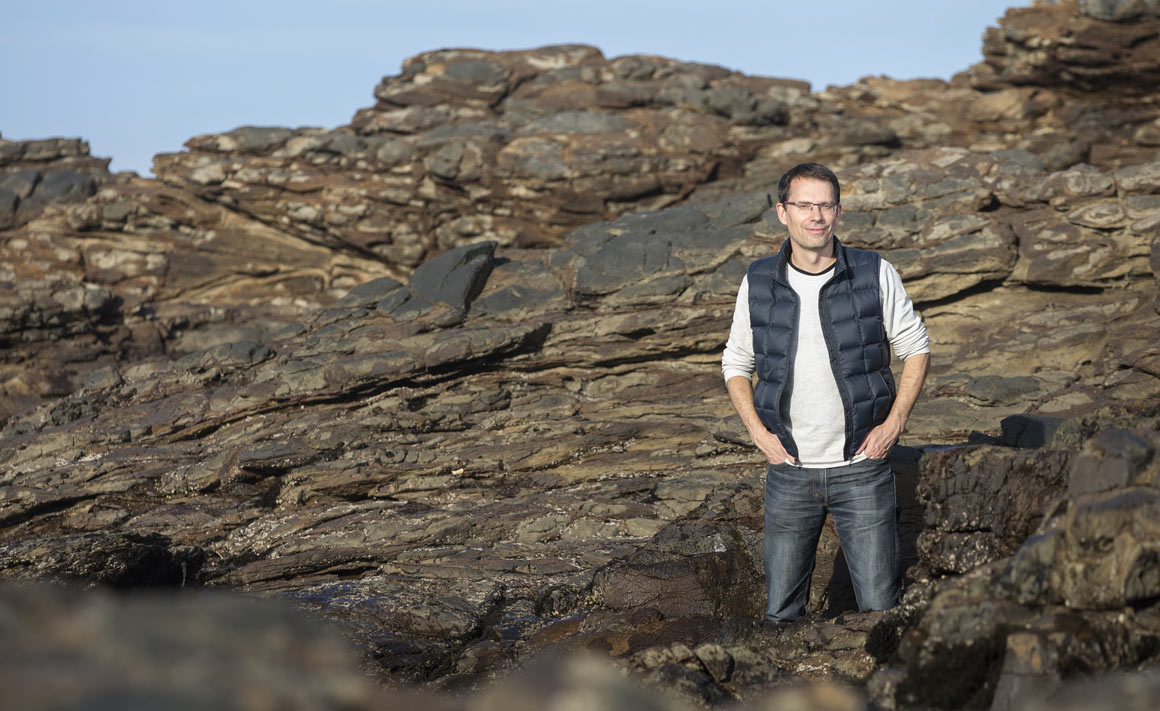 Catastrophic natural events such as the 2016 Kaikoura earthquake can spell disaster for some, but provide rare opportunities for others.

Professor Jon Waters (Zoology) was one of the first on the scene to witness the biological impacts of the massive uplift of coastal land resulting from the November ’quake.

“We went to the affected coastline immediately after the earthquake and the locals were stunned by the uplift and the devastation. Thousands of paua were stranded above the new high-tide line, along with dead crayfish and large fish that had nowhere to go.

“Locals, understandably, felt all they saw was ruined, but we hope to show how resilient our native marine species can be. Many creatures that can live only in the narrow zone between the high- and low-tide lines got hammered along much of that coast. But, in some places, they’ve held on in small pockets and may be recovering already, while others may take longer to come back.

“The area will recover just as it has done before – because this is certainly not a one-off occurrence. While these uplift events may be once-in-a-lifetime for us, similar uplift was recorded along the Wairarapa coast in the 1850s. Sudden change like this is a feature of earthquake-prone regions such as New Zealand, Japan and Chile. The events are rare, but when they do happen it's an amazing opportunity to understand the timeframe of biological recovery.”

The uplift allows scientists to study how the ecosystem responds when you have a clean slate, such as when volcanic islands are thrust up from the open ocean.

Waters and colleagues are combining marine biology, geology and genetics to track the progress of colonisation along areas of differential uplift along the Kaikoura coast. “We’re looking at the degree of uplift in different areas and comparing that to the amount of biological change. How much diversity has been lost and how much has survived? Are there big opportunities for new colonisers?”

Evolutionary theory suggests that the race to colonise new space can lead to profound and long-lasting spatial structuring of biological diversity, but the idea remains largely untested.

The relatively new “founder-takes-all” hypothesis suggests that, after large-scale disturbances, the first recolonising lineages can rapidly dominate newly available terrain and that this process has driven diversification on continental and even global scales.

“Founder-takes-all events occurred in the distant past, as we’ve seen with ancient DNA studies of extinct penguins and sea lions in prehistoric New Zealand. But what’s happening in Kaikoura right now gives us a much better view of this type of process – by studying in real time what happens after major catastrophic events."

“We’ve tried to study this type of process before, but working on a tiny scale. To have a disturbance that affects up to 100 kilometres of coastline really is a once-in-a-lifetime opportunity.

“It's a natural experiment we could never have hoped to set up. The earthquake hit local communities hard, which is sad, but it also provides a unique opportunity to understand how biology can respond.”