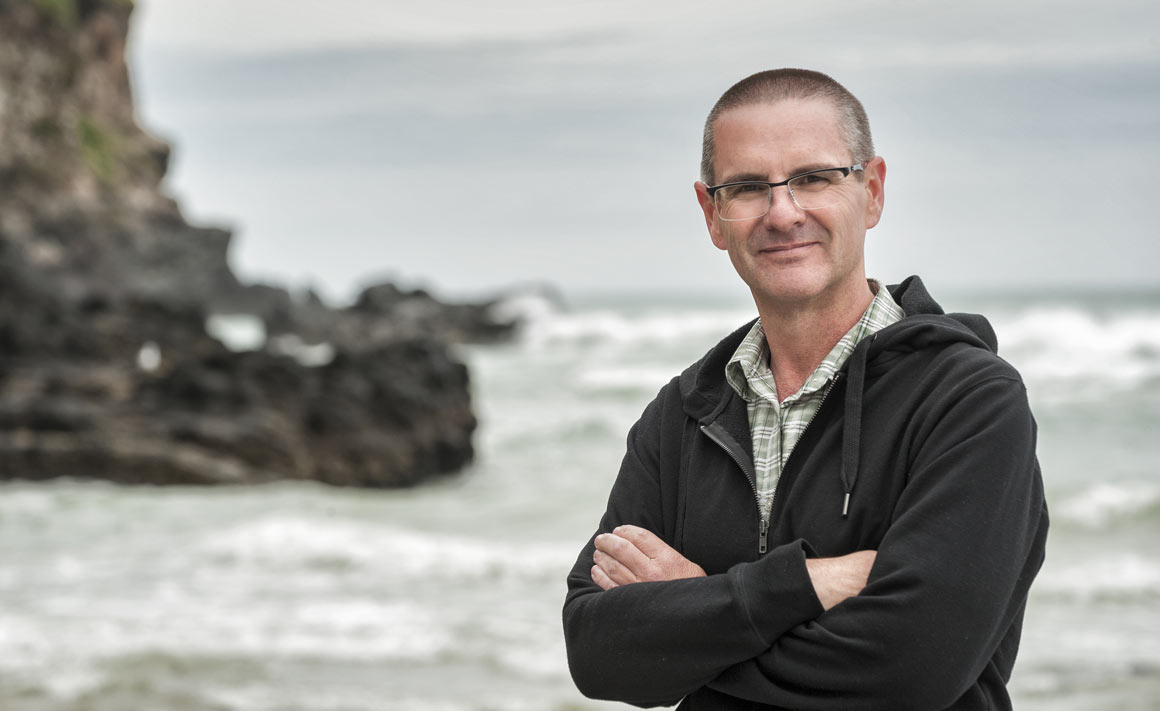 Geographers have been monitoring coastal erosion at up to 55 inter-tidal sites on the Kaikoura Peninsula for more than four decades, to discover more about the effects of waves, weather, flora and fauna on shore platforms and cliffs.

For the past 24 years, that work has been continued by Dr Wayne Stephenson (Department of Geography) who specialises in the development of rocky shorelines.

Stephenson notes that the monitoring was undertaken oblivious of any future abrupt changes to the shoreline, but the November 2016 magnitude 7.8 earthquake has created a unique opportunity to study the interplay – not just of sea, weather and biology, but also of tectonics – on coastal erosion.

“Coastal uplift following earthquakes is not unique to Kaikoura, but nowhere else in the world has erosion data been collected before an earthquake, and we can now monitor those sites and see how the erosion rates change in response to that uplift.”

Stephenson says that the pre-earthquake erosion data also enables predictions on how enduring might be the benefits of the earthquake to the region.

“Although the earthquake is obviously a disaster, there is a silver lining to the cloud in that the uplift of the shoreline by just over a metre on the peninsula, and by up to six metres at places such as Waipapa Bay to the north, widens the coast and provides an additional buffer against the sea."

“If you look at the Kaikoura township, for many years they have been worried about what to do with the Esplanade and erosion of the beach. It is all a metre higher now and that affords some protection against sea-level rise.”

He also cites, among other advantages, the enhanced security of the reinstated road and rail infrastructure, which will be higher, further away from the sea and safer in the long term.

“With more than 40 years of data on erosion rates, we have got a pretty good idea of how fast those rocky platforms and cliff surfaces erode, and so we can make calculations about how long it will take to account for the uplift.

“Assuming a continuation of pre-earthquake erosion rates and the current rate of sea-level rise, we think that we might have bought about 400 years of protection, because it will take that long to remove that one metre of uplift before we get back to where we were pre-earthquake.” He notes that any monitored changes in post-’quake erosion rates will affect that calculation.