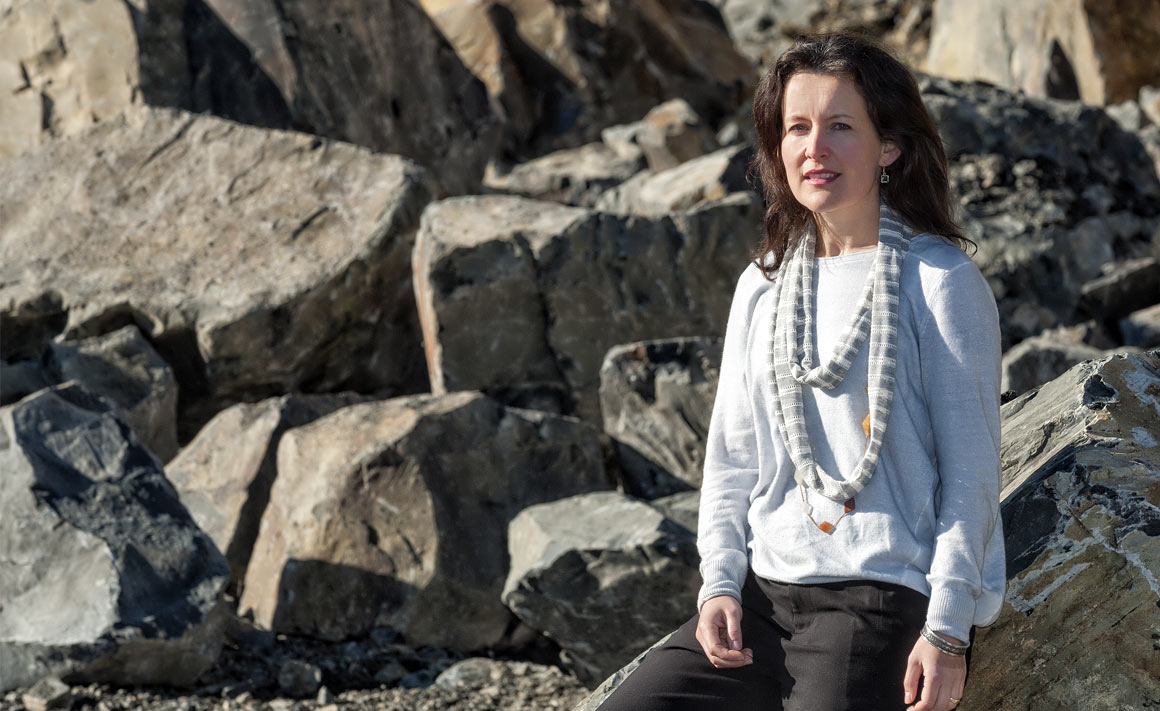 With a magnitude 8 Alpine Fault earthquake predicted to occur at any time, changing how people and organisations prepare for disasters is the key to building a more resilient New Zealand in the aftermath.

Research Fellow Dr Caroline Orchiston's interest in the South Island's Alpine Fault was first sparked while mapping a section of the fault for her honours dissertation.

“I was inspired and excited by the whole idea of the Alpine Fault,” she says. “It really captured my imagination.”

Twenty years on, Orchiston – now deputy director at Otago’s Centre for Sustainability – is still fascinated by the fault, which she describes as “overdue” for a magnitude 8 earthquake.

“We have a really good understanding of the past behaviour of the Alpine Fault. The paleoseismic evidence at sites like Hokuri Creek and John O'Groats, in the depths of Fiordland, shows that there is a major earthquake on average every 300 years, with the last one in 1717 AD. So you could consider us to be overdue for an event.”

A magnitude 8 earthquake on the Alpine Fault will release 350 times more seismic energy than the 6.3 Christchurch earthquake, says Orchiston. It will be felt throughout the country and will cause, among other things, landslides, landslide dams, liquefaction and extensive damage to infrastructure.

“There will be numerous communities around the Southern Alps that will be isolated. Queenstown is only 90 kilometres from the Alpine Fault, so we'd expect some damage to buildings, but also potentially to road access in and out. Depending on the time of year, you could have tens of thousands of tourists stranded in Queenstown."

“Tackling problems of this size and scale requires interdisciplinary research and collaboration across academics, across practitioners and across policymakers to open up the conversation for a collective, cross-jurisdictional response effort across the South Island. There's a real push now, which is being driven by the Resilience National Science Challenge and Civil Defence and Emergency Management [CDEM].”

The Resilience to Nature's Challenges National Science Challenge seeks to develop and apply science solutions to improve how organisations and people respond to, and recover from, New Zealand's many natural hazards. Orchiston is contributing to two projects, relating to rural and cultural resilience: the Rural Priority Laboratory, which looks for innovative solutions to enhance rural resilience; and the Cultural Toolbox, which is focused on understanding and developing social norms that underpin a resilient culture.

A magnitude 8 earthquake on the Alpine Fault will release 350 times more seismic energy than the 6.3 Christchurch earthquake.

Now in its second year, Project AF8 has developed three possible scenarios for what an Alpine Fault event could look like, with variations depending on whether the earthquake is triggered in the southern, central or northern part of the fault. The information from these scenarios, as well as from workshops with CDEM groups and emergency services, will help inform the project's South Island Alpine Fault Earthquake Response (SAFER) plan. A national exercise based on the Alpine Fault scenario is planned for late 2018, which will provide an opportunity for CDEM and partner agencies to test their readiness, based on the SAFER plan.

“We've also been doing a lot of outreach,” says Orchiston. “A range of organisations want to know more about the Alpine Fault. They can then get out in their own communities to talk with the people who will have to live and breathe it once this thing happens. It raises awareness and gives them higher risk literacy around the Alpine Fault, which we think's really important.”

Project AF8 will also develop a series of videos that can be shown on social media or used as a tool for agencies and organisations to help promote proactive behaviour.

“I would encourage people to be as prepared as they possibly can because it will make their lives a lot more comfortable in the aftermath if they can just think ahead. This should include storing essential items, but also engaging with your community and talking with your family and friends – evidence shows engaged communities do better after a disaster.”

Orchiston's Resilience Challenge and Project AF8 work ties in with her QuakeCoRE project, which investigates tourism behaviour following major seismic events, and also the issues around earthquake-prone buildings in Oamaru.

“A lot of my work focuses on 'resilience', which is a term that has evolved into the social science disaster context to suggest adaptive, proactive responses to crises, where disasters are challenging yet transformative. They change places and they change people.

"Resilience is about how communities and individuals can adapt to the new situation and potentially capitalise on those changes and do better. So you don't just survive, you thrive.”