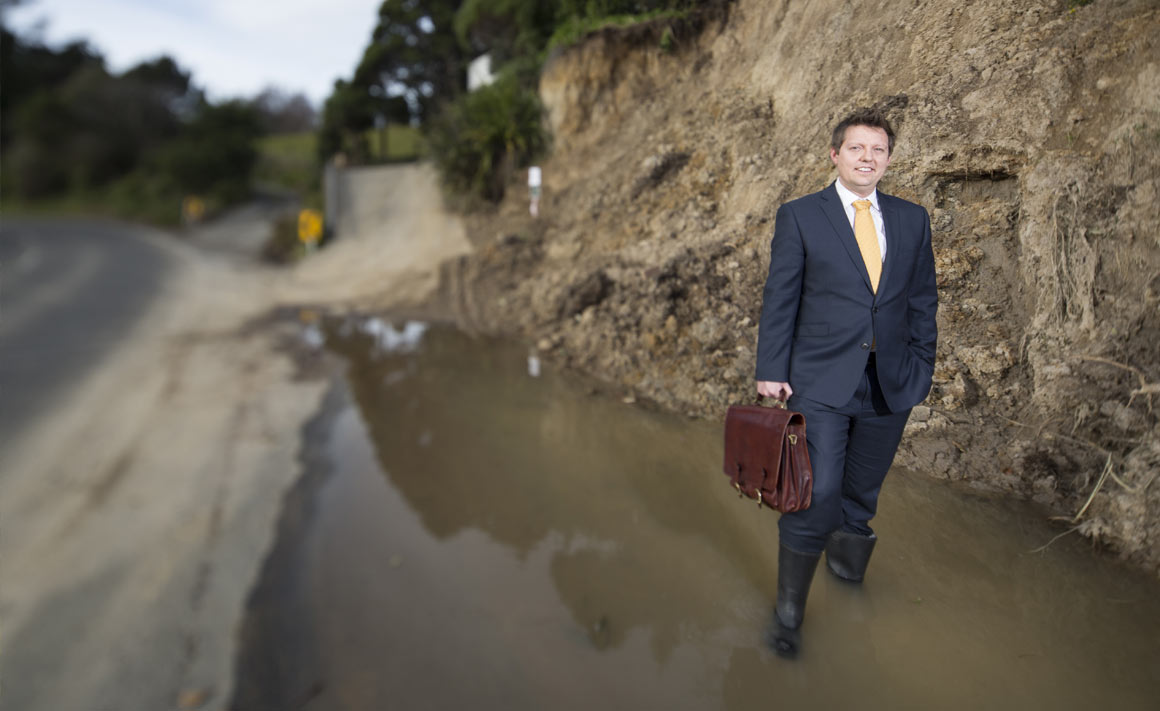 Otago law lecturer Dr Ben France-Hudson is helping to sort out some of the implications of a planned retreat from land threatened by natural disasters.

Dr Ben France-Hudson is a member of a team charged with investigating the legal and social implications of changing existing land use in areas under threat from hazards such as sea-level rise, coastal erosion and flooding.

Many parts of New Zealand are in the path of natural hazards, and a planned and progressive retreat from these high-risk areas, rather than trying to keep the water at bay, is one way of dealing with the continued threats, France-Hudson says.

However, the legal and social implications of introducing regulation to change existing land use in hazard areas represents a significant challenge for city, district and regional planning authorities wanting to effectively plan for managed retreats.

“If a decision was made to adopt a policy of managed retreat, we are interested in how you would go about making that happen in the light of existing land uses: to what extent are there governance problems in terms of how the Resource Management Act is structured?”

France-Hudson says that they are not trying to impose a theoretical solution. “We are particularly interested in talking with front-line people who are likely to be affected by this, such as regional, city and district councils, and working with them to find out where they think the pressure points are and what might be good solutions.”

The team will make its findings known through a research report, journal articles, conference addresses and an online toolbox that local bodies will be able to access for relevant information.

France-Hudson is working with the principal investigator, GNS Science planning specialist Emily Grace, and an independent social scientist Dr Margaret Kilvington, in the two-year project. It is a part of a wider research programme aimed at making New Zealand more resilient to natural disasters.