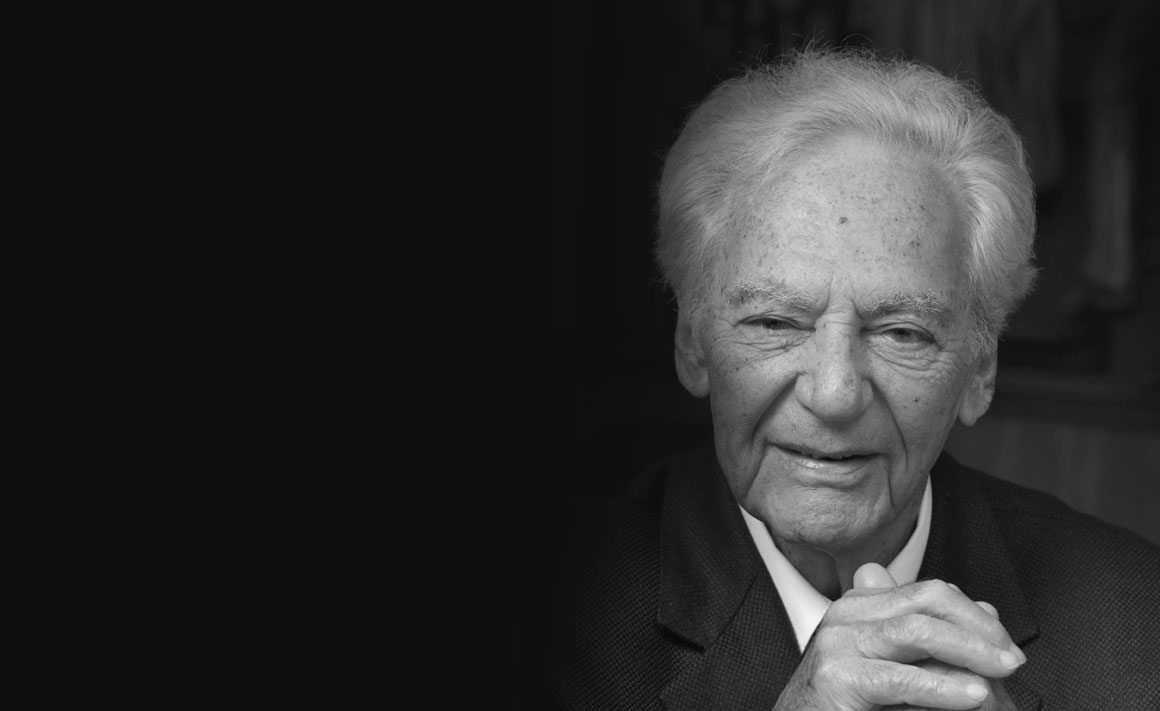 The University of Otago has a long association with its Pacific neighbours. From the early 1930s, a series of bright young men from the islands blazed a path to Otago, determined to advance opportunities for indigenous people.

Arguably Otago’s most famous Fijian alumnus, Ratu Sir Kamisese Mara, had his career shaped by these early Fijian students. He began medical studies at Otago in the 1940s on a journey to political greatness. Mara lead Fiji to independence in 1970 and is considered the founding father of modern Fiji.

A career politician, he oversaw years of stability, nationhood and growth in his native country.

Another Pacific great, Sir Thomas (Tom) Davis, was the first Cook Islands-born medical graduate in New Zealand. He came to Otago in 1937 and, unused to Dunedin’s low temperatures, his University research investigated how humans adapted to the cold and other hostile environments. His tools were his friends, their surfboards, St Clair beach in winter and a set of rectal thermometers. The powers of persuasion undoubtedly required for this project served him well. Serving as Prime Minister of the Cook Islands from 1978-87 he instituted sweeping economic reforms and later served as the Cook Islands High Commissioner in New Zealand.

Otago’s researchers continue this contribution to the lives of Pacific people, here in New Zealand and throughout the Pacific region. 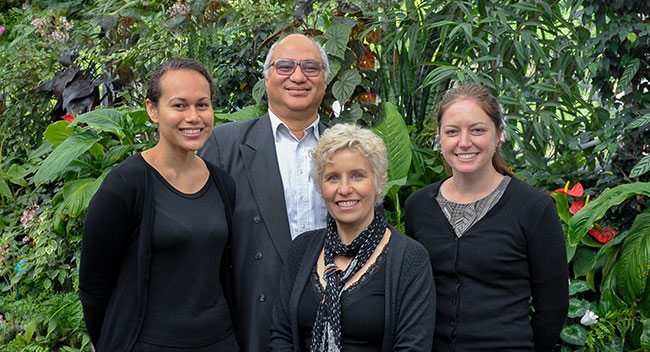 Long-term conditions such as cancer are a serious and growing problem in the Pacific.

Professor Diana Sarfati, Head of the Department of Public Health at the University of Otago, Wellington (UOW), has worked for many years in cancer control in New Zealand, focusing on reducing ethnic inequalities in health outcomes. She is now leading a major collaborative effort to seek solutions in cancer control in the Pacific.

“Cancer control is difficult enough in New Zealand, but for our Pacific neighbours the issues are substantially more complex because of small populations, geographical isolation and fewer resources,” Sarfati says.

“These nations face the triple burdens of high rates of infection-related cancer, rapid transition to cancers relating to reproductive, dietary and hormonal factors, as well as ageing populations.”

“These nations face the triple burdens of high rates of infection-related cancer, rapid transition to cancers relating to reproductive, dietary and hormonal factors, as well as ageing populations.

“Many PICTs are unable to provide cancer services, so patients either don’t receive care, or are treated offshore where resources allow. This poses a huge economic burden on countries, the patient and their families.”

Sarfati, a public health physician, cancer epidemiologist and health services researcher, is also director of the Cancer and Chronic Conditions (C3) research group at UOW. Her interest in cancer was sparked, she says, “because cancer is such a uniquely complex group of diseases, with so many elements, and the work spans across both areas of clinical and public health medicine”.

She has led research relating to ethnic disparities in cancer outcomes, particularly those affecting indigenous peoples. This research identified key patient and health system factors that influence cancer survival. The results have been applied extensively by health policymakers, clinicians and others to develop policies and practices to reduce New Zealand’s inequities in cancer outcomes. 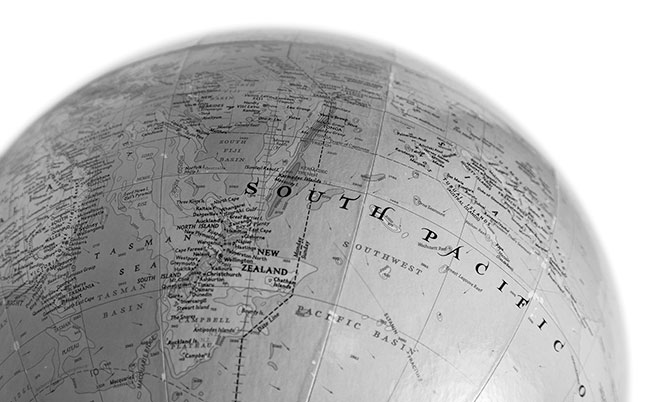 Sarfati and her team have now been commissioned by the international journal Lancet Oncology to explore cancer control in small island developing states including those in the Pacific, to gain a better understanding and possible solutions to this enormous challenge. The Otago researchers will lead the work in collaboration with colleagues from around the Pacific and Caribbean regions, The Pacific Community, International Agency for Research on Cancer, World Health Organization (WHO) and others.

“Working closely with our Pacific collaborators, particularly in Samoa, Tonga, Papua New Guinea, Fiji, the Solomon Islands and Guam, we’ll evaluate the situation, find the main gaps and what is already working. They know their regions best and we will offer any support we can bring to the collaboration to try to find solutions that apply to their specific contexts.”

The research will consider health and political structures and systems in the Pacific.

“Priorities might include policies aimed at preventing cancer such as increasing tobacco and alcohol taxation, and developing policies that reduce consumption of unhealthy food and beverages, as well as increasing access to HPV vaccination and cervical screening across the region. We also want to look at opportunities to strengthen and support diagnostic and treatment services,” says Sarfati.

She notes that there is already excellent work in the region resulting in decreased smoking rates in some countries, and innovative measures in others: for example, Tokelau was awarded WHO Healthy Islands Best Practice recognition for its fizzy-drink-free policy preventing the importation of soft drinks.

“Cancer control in the settings of our Pacific neighbours is challenging, but important. Addressing these issues will be critical to improve cancer outcomes and achieve the goals of the World Cancer Declaration in this region,” Sarfati says. 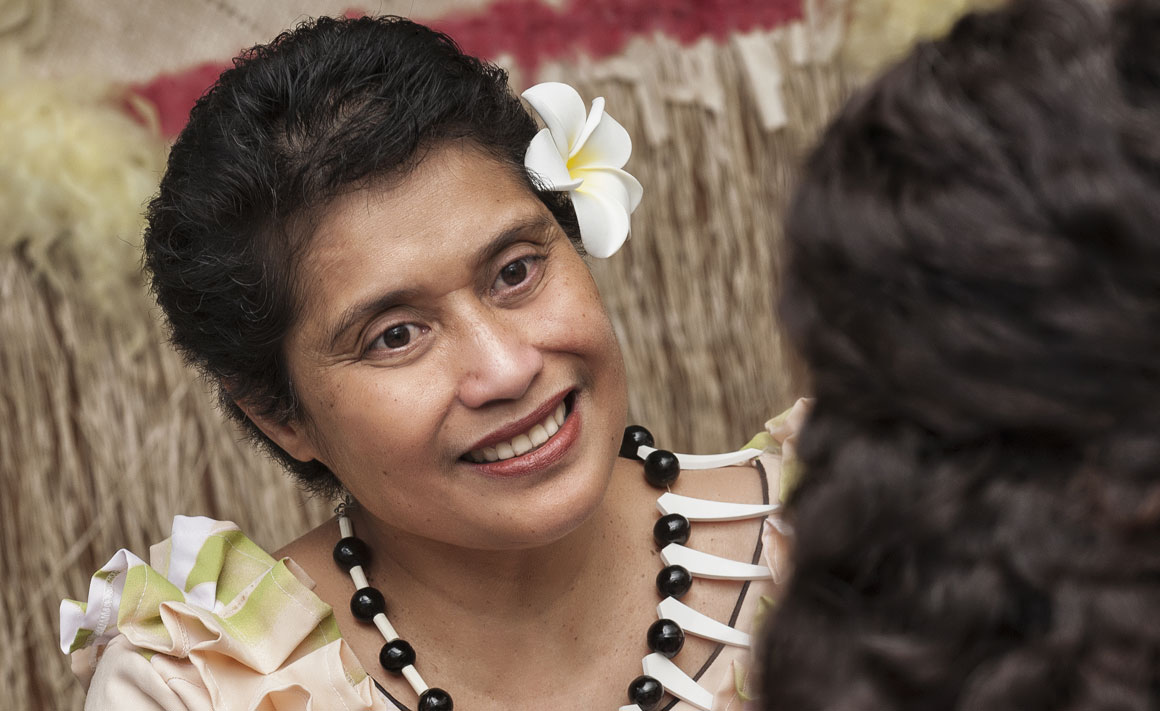 Faumuina Professor Fa'afetai Sopoaga: “"There are many adjustments for Pacific students when they enter the tertiary environment and this includes cultural adjustment.”

For Faumuina Professor Fa'afetai Sopoaga her new HRC-funded research into the mental health and well-being of Pacific youth in higher education is, in part, a reflection of her own personal journey, which began when she came to Dunedin from Samoa to study medicine.

"When I arrived here in the 1980s there were very few of us from Pacific countries and I was interested, at the time, in how can we support one another on the journey."

Faumuina's response was to volunteer to be the medical students’ Pacific representative. When she later returned to do postgraduate training at Otago she continued having an active interest in Pacific students’ welfare.

"When I arrived here in the 1980s there were very few of us from Pacific countries and I was interested, at the time, in how can we support one another on the journey."

"There are many adjustments for Pacific students when they enter the tertiary environment and this includes cultural adjustment. In addition, many are the first in their family to attend university."

Currently Faumuina has two University of Otago roles – teaching Pacific Health and a strategic role in health sciences which includes supporting Pacific students to be successful, an area she is examining through her PhD research.

The three-year HRC (Health Research Council) project will allow her to build on that research, to look at first-year students’ mental health and well-being across the University. She is particularly interested in what the institution can do to help students to be successful. The University has a Pacific Strategic Framework which supports its work for students.

"One of the things that emerged from my PhD work is that there are some significant stressors for students. These include feeling anxious that they can't sleep and their eating habits change," she says.

Faumuina has identified resiliency as an enabling factor for Pacific Health Sciences students, which they foster through the Pacific Orientation Programme at Otago (POPO) support programme.

"Factors such as identity, culture and what it means to be well in the Pacific context are also important."

Her focus to date has been on Health Sciences students. This HRC research will enable her to include all first-year Pacific students at Otago in 2019 followed over three years.

“I'm really interested in progressing this work further to examine what's happening nationwide and, later, in the Pacific region." 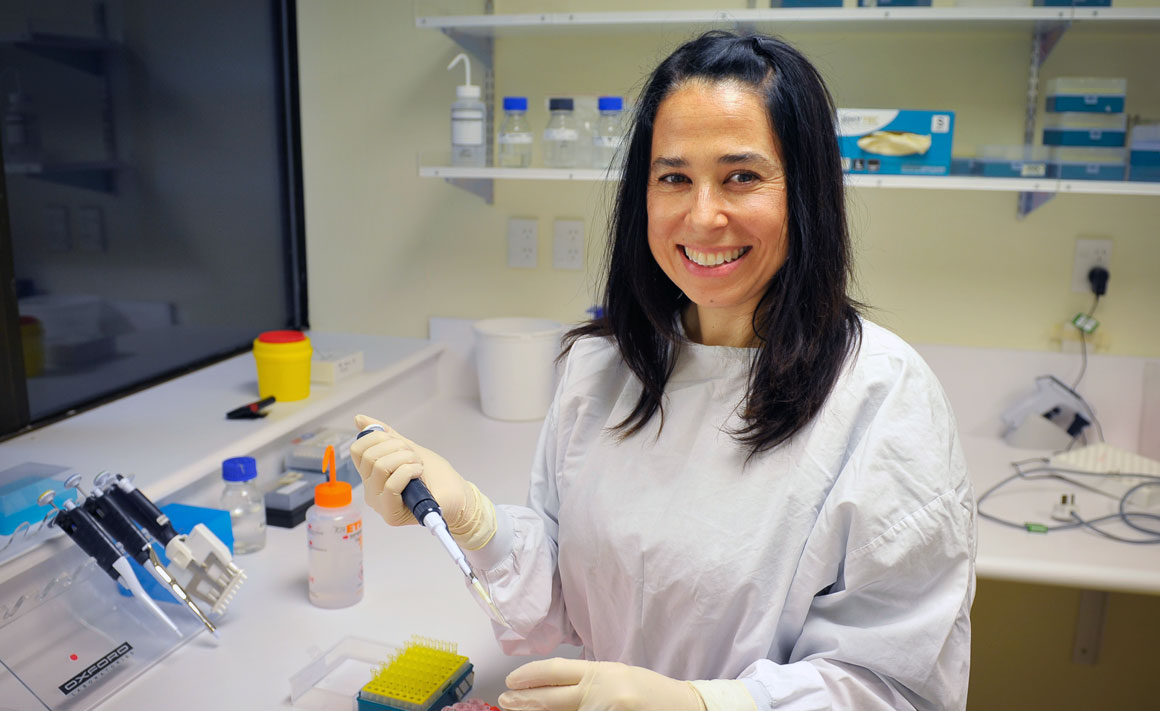 Dr Dianne Sika-Paotonu: “It is recognised that Māori and Pacific children and young people are affected disproportionately by ARF/RHD …”

Dr Dianne Sika-Paotonu is contributing to global efforts to reformulate the type of penicillin given to children and young people to prevent serious and debilitating long-term health problems resulting from rheumatic fever.

Acute rheumatic fever (ARF) is the body’s autoimmune reaction to an untreated infection of the throat (and possibly skin) caused by group A streptococcal (GAS) bacteria. Recurrent episodes of ARF – or a single severe episode – can lead to rheumatic heart disease (RHD) and long-term permanent cardiac damage.

“RHD remains a significant cause of morbidity and mortality worldwide, with rates of ARF and RHD in New Zealand and Australia among the highest in the world,” biomedical scientist Sika-Paotonu explains. “It is recognised that Māori and Pacific children and young people are affected disproportionately by ARF/RHD, which contributes to serious health inequities in New Zealand.” 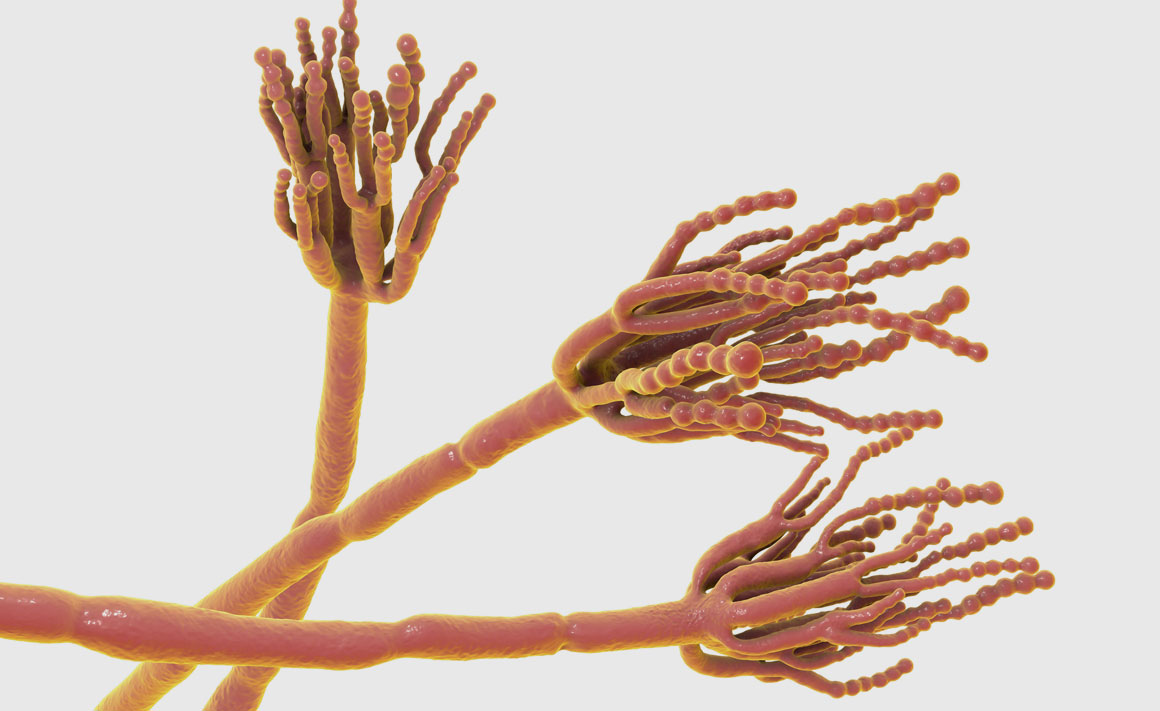 “The need for a new penicillin for rheumatic fever is an issue of relevance to New Zealand, the Pacific region and globally.”

A GAS vaccine to prevent ARF is unavailable so the focus of prevention currently relies on painful monthly injections with Benzathine Penicillin G (BPG) for 10 years or more, a treatment known as secondary prophylaxis. This is given to those who have had ARF to prevent repeated GAS infections and subsequent development of RHD.

“Unfortunately, adherence to secondary prophylaxis remains a challenge in many settings due to the pain, frequency, duration of injections and problematic access to proper and timely health care. A less painful and longer-acting BPG for ARF/RHD is urgently needed.”

This is where Sika-Paotonu’s current work comes in. “The need for a new penicillin for rheumatic fever is an issue of relevance to New Zealand, the Pacific region and globally,” she says.

She is scientific lead for a pioneering New Zealand-based study funded by the Health Research Council to help improve this method of ARF/RHD prevention, supporting global efforts to reformulate BPG.

“This study has been designed to find out more about the pharmacokinetics of BPG, so we can design a reformulated BPG treatment that is less painful and longer lasting which will be more acceptable and appropriate to prevent ARF/RHD.”

Sika-Paotonu’s study involves a population of predominantly Māori and Pacific children and young people who have had ARF previously and are receiving monthly BPG injections in New Zealand.

“This type of pharmacology research would usually require large blood volumes from participants, but now – thanks to research teams in Australia we work closely with – this research can now be carried out using finger-prick blood samples, which is a more acceptable method, particularly for children and young people.”

Based in the Department of Pathology and Molecular Medicine (University of Otago, Wellington), Sika-Paotonu is the first Tongan to be appointed to the position of Associate Dean Pacific in Otago’s Division of Health Sciences. She has won numerous awards for her work including the MacDiarmid NZ Young Scientist of the Year, the Australasian Society of Immunology Buck Memorial Award, and the Most Illustrious Royal Order of Queen Salote Tupou III-Commander, awarded by the late King George Tupou V of Tonga in recognition of her scientific achievements.

Next:
Firsts for women