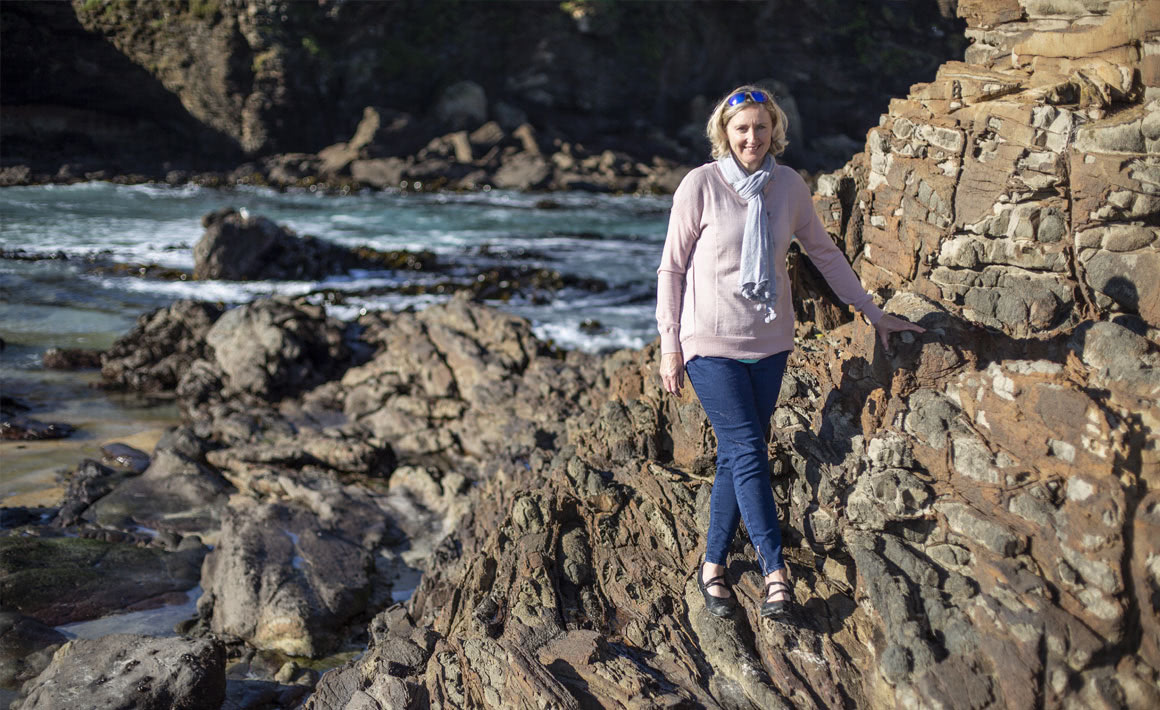 Professor Claudine Stirling: The next stage of her research involves studying how the oceans recovered from oxygen depletion…

Extreme volcanic eruptions more than 94 million years ago had a dramatic effect on Earth’s climate. Otago’s Professor Claudine Stirling is now examining tiny traces of uranium and other elements in ancient sediments to determine what happened in the oceans and what might happen in the future.

Professor Claudine Stirling (Chemistry) is immersed in research looking at the consequences of global warming for the biochemistry of the oceans, including ocean de-oxygenation and the expansion of oxygen-depleted “dead zones” as the climate warms up.

Stirling says that the world’s oceans are generally oxygenated today, but there have been times when warm “super-greenhouse” climates prevailed and vast expanses of the oceans were devoid of oxygen.

“These ‘ocean anoxic events’ devastated Earth’s ecosystems for up to half a million years at a time.”

She is working with samples from ancient sediments in England, Italy, and Marlborough and East Cape in New Zealand that were deposited in the ocean but are now preserved on land, to identify the mechanisms that led to this extreme oxygen deprivation. She says that the New Zealand samples give the first indication of what happened to oxygen levels in the South Pacific.

Stirling, who is the director of the University’s Centre for Trace Element Analysis, is using a novel technique that measures variations in the atomic makeup of naturally-occurring uranium and other elements in the sediments, which changes depending on the amount of oxygen in the water.

“These ‘ocean anoxic events’ devastated Earth’s ecosystems for up to half a million years at a time.”

Among other warm periods, she is interested in extreme volcanic eruptions about 94 million years ago that pumped carbon dioxide into the atmosphere, leading to warmer temperatures, weather extremes, increased nutrient run-off into the oceans and increased amounts of biological material. The warmer water temperatures made it more difficult to dissolve oxygen and more oxygen was exhausted breaking down the nutrient-fed biological material.

Stirling says that the research reveals that ocean oxygen levels were able to recover for a period, before reverting to their previous oxygen-deprived state, which she surmises was caused by a short-lived reprieve in volcanic activity.

She acknowledges that the ancient changes in climate were much longer and more severe than current changes. For example, her research indicates that around 8-15 per cent of the oceans were “dead zones” during the period she is studying (when atmospheric CO2 levels were four times greater and temperatures two degrees warmer than now) compared with about 0.3 per cent “dead zones” today.

But she says that these extreme case studies of how oceans are affected by CO2 emissions into the atmosphere have a direct bearing on predicting future climate scenarios.

The next stage of her research involves studying how the oceans recovered from oxygen depletion, caused by “negative feedback mechanisms”, in which the adverse side effects of global warming – such as ocean acidification, toxic phytoplankton blooms and oxygen depletion – actually remove carbon from the atmosphere and eventually re-stabilise the climate.

This time she and colleagues are analysing the atomic makeup of various trace elements in sediments from around the world that were formed during periods of global warming between 44 to 58 million years ago.

Their aim is to understand the role played by each mechanism that removes carbon from the atmosphere and oceans to help model what might happen in the distant future.

The ongoing research has so far been written up in more than a dozen publications, including the Proceedings of the National Academy of Sciences.

Next:
Charity begins at home