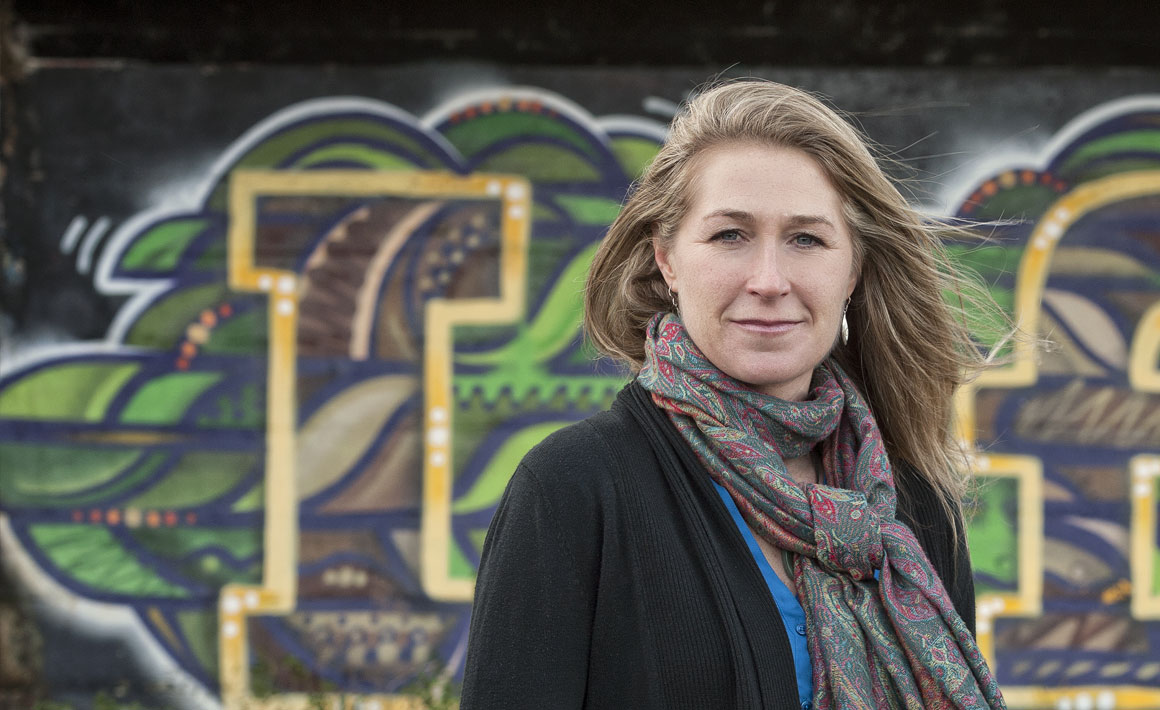 Dr Susan Houge-Mackenzie: “A lot of the narrative in tourism is about how awful front-line jobs are, but I had a more nuanced experience…”

Internationally famous for its majestic beauty and adventure tourism, Queenstown attracts visitors from around the world, but what is the impact of this on well-being?

Houge Mackenzie is well suited to the task: she combines degrees in psychology and tourism with 10 years’ experience as a white-water river-boarding guide in the United States, Chile and on the Kawarau River near Queenstown.

Houge Mackenzie explains that, in her study of adventure guide well-being, she and research assistant Eliza Raymond wanted to see if accepted psychological concepts of well-being applied to adventure guide experiences.

“A lot of the narrative in tourism is about how awful front-line jobs are, but I had a more nuanced experience: some of it was amazing for my well-being and some of it not so much.”

Houge Mackenzie reports that the adventure guides she interviewed ranked “beneficence” (a good feeling from helping others) as one of the top factors contributing to their well-being.

“This is something we can easily overlook. We think that guides are there because they love to skydive or river-board but, after you have been down a river a thousand times, what often makes it enjoyable is having a positive impact on others.”

“Beneficence” was followed by “contact with nature”, “autonomy” and “feeling capable”.

Key factors that detracted from well-being included managing difficult clients or guiding teams, the “emotional labour” guides invested in their work, and the risk of accidents and injuries. One mountain guide, for example, reflected on the risk of death in his work.

Houge Mackenzie adds that most of the female adventure guides reported some negative experiences related to gender, such as frustration resulting from clients, male co-workers or managers treating them as less capable than their male counterparts.

“Some women also described how a machismo ‘locker-room’ guiding culture negatively impacted their well-being in subtle and not-so-subtle ways.”

In a separate study of host community well-being, Houge Mackenzie says that Queenstown residents who participated in focus groups identified several key benefits of living in the tourist town.

“There wasn’t a clear-cut feeling that ‘tourism is bad for well-being’: rather it’s more that people have certain things they really love about the place and worry about losing them…”

These included “relatedness” (feeling a strong connection with vibrant people and places in Queenstown), connecting with nature, flexible employment, and the diversity of community services and events.

The well-being drawbacks included a transient population; traffic, parking and housing issues; the cost of living and doing business; and perceived overcrowding in some areas.

“There wasn’t a clear-cut feeling that ‘tourism is bad for well-being’: rather it’s more that people have certain things they really love about the place and worry about losing them if tourism and other growth factors continue to increase,” she says.

Next:
Stemming the tide