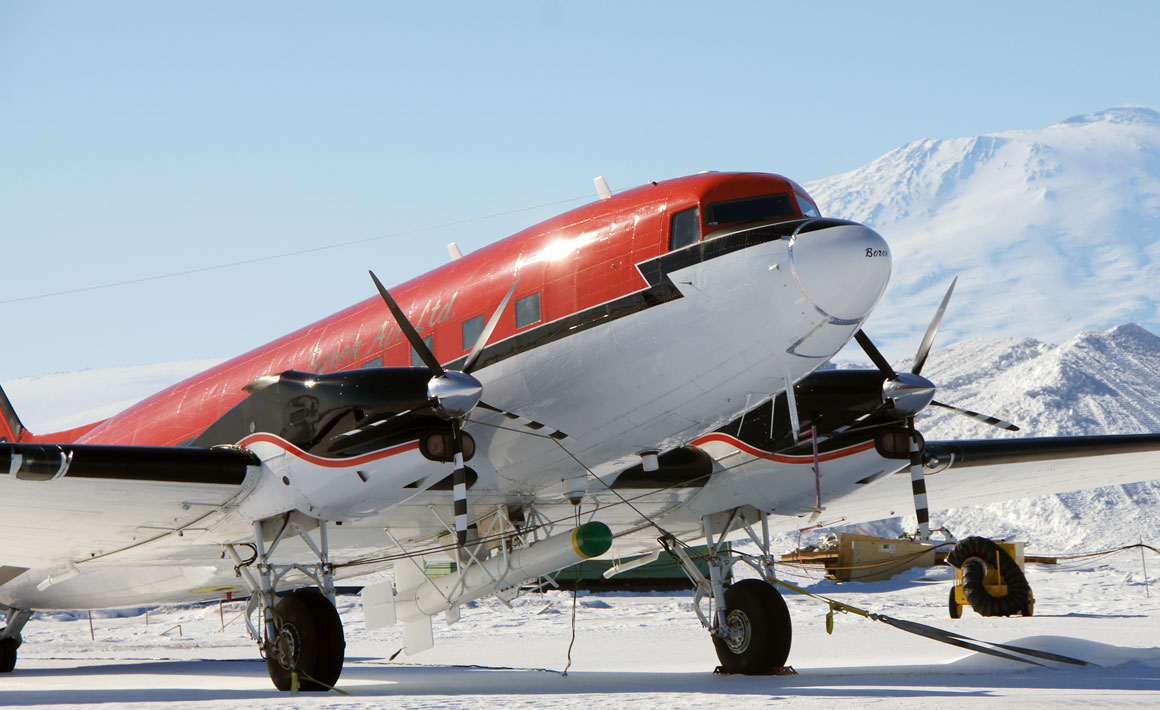 A 1943 DC3 flies electromagnetic induction equipment to measure the thickness of sea ice.

Antarctic sea ice plays a major role in the global climate system. A five-year Otago-led project has been seeking a better understanding of the drivers of sea-ice growth and decay. 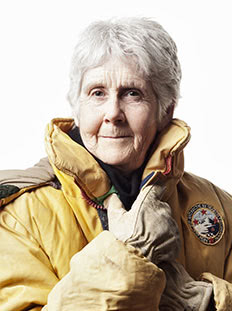 Professor Pat Langhorne: “We still don’t have all the answers, but the project has been successful beyond my wildest dreams.”

Sea ice formed in a cold ocean outflow from the McMurdo Ice Shelf appeared to have been remarkably stable for a century.

That was potentially good news because it supported Antarctica’s moderating influence on the rate of global warming. But, as the five-year project progressed, things changed rapidly.

“Up until 2015 the sea ice around Antarctica had had a long period of stability, but then we saw a dramatic change,” says Langhorne. “There is a fleet of satellites measuring the extent of sea ice and they presented us with some big surprises that no one was expecting.

“The area covered by Antarctic sea ice plummeted in 2016 and 2017 and has not yet recovered, which has generated a huge number of questions and scientific discussion.

”There are lots of theories, but we still don’t know if this is a reversal of the pattern or just natural variability. Regardless, it’s important we gather more information to understand what’s going on.&rdquo.

Growth and decay of sea ice are driven by a wide range of processes, but a lack of sufficient data has meant modelling efforts are imperfect. Langhorne’s challenge was to collect information that would help the New Zealand Earth System Model (NZESM) to improve projections of climate change, both locally and as part of the global picture.

“We can measure an area one day and get a result, but a week or two later it could be quite different. So we collect data to create statistics, not return absolute numbers.”

Because satellites are very poor at measuring sea-ice thickness, one of Langhorne’s goals was to measure thickness along satellite tracks. Comparing results with satellite “guesstimates“ would assist in better interpretation of satellite data and sea-ice modelling.

Her team completed surveys with electromagnetic induction equipment towed underneath an aircraft at a constant 15 to 20 metres above the ice – the first fixed-wing airborne sea-ice thickness survey in the Southern Hemisphere. Helicopters don’t have the range of the 1943 DC3 aircraft the team used – one of only two in the world set up to do the work.

“It’s a real challenge because there are so many things that can go wrong – usually the weather. You can’t survey in high winds. But in 2017 we flew over 4,000 kilometres in the time available to us. We still don’t have all the answers, but the project has been successful beyond my wildest dreams.

“We gained so much new information. Sea ice, particularly drifting pack ice, was much thicker than we expected. We thought the average depth of the ice was about one metre, but in places it averaged more than four metres thick, which was a real surprise..

“In other places there was none. Sea ice is the result of a battle between atmosphere and ocean and is a wind-driven phenomenon so we are always dealing with a moving target. We can measure an area one day and get a result, but a week or two later it could be quite different. So we collect data to create statistics, not return absolute numbers. Our vision has always been about the bigger picture.”

The Intergovernmental Panel on Climate Change already uses airborne sea-ice thickness information from the Arctic and early indications are that this Kiwi initiative could be extended around the Southern Ocean. Similar measurements have already been made by colleagues on the other side of Antarctica in the Weddell Sea..

“We have sufficient data and statistics to make comparisons between real-world field results and modelling so it’s looking very promising. With our next round of funding we’ll be incorporating our findings into the New Zealand Earth System Model.” 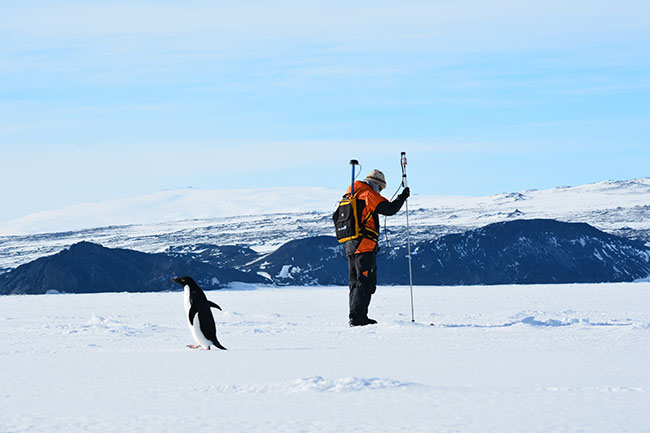