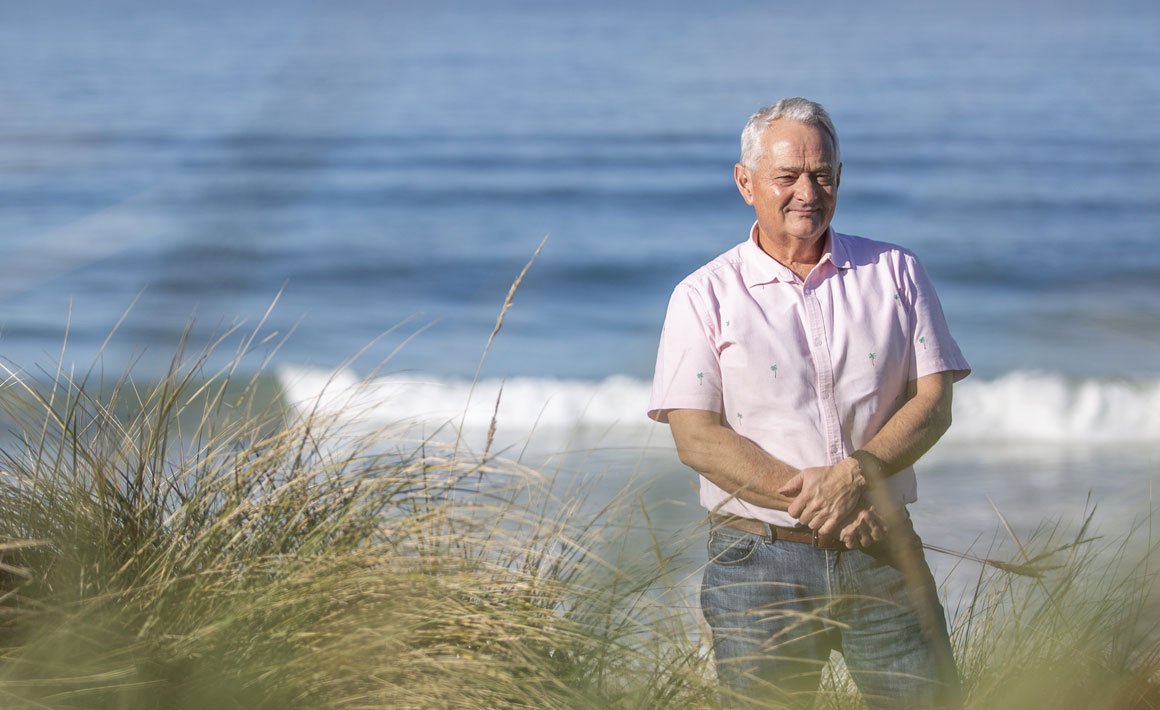 Associate Professor Mike Hilton: “It’s a wonderful opportunity because it is the largest dune restoration programme in the world, in some of the best-preserved dune systems left in New Zealand.”

More than two decades of collaboration between the University of Otago and the Department of Conservation on Stewart Island/Rakiura has increased scientific knowledge of sand dunes and aided in their restoration.

When the Department of Conservation needed help in 1997 to protect the rare plant Gunnera hamiltonii from encroaching marram grass-covered sand dunes at Doughboy Bay on Stewart Island, it called on an expert on the ecology and restoration of coastal dune systems, Associate Professor Mike Hilton (Geography).

Hilton explains that, from the following year, staff and students from Otago have been carefully monitoring and reporting on the environmental impact of DOC’s operations, and undertaking research as part of the Rakiura Dune Restoration Programme.

“It’s a wonderful opportunity because it is the largest dune restoration programme in the world, in some of the best-preserved dune systems left in New Zealand,” Hilton says. The Department in turn has provided 21 years of continuous funding and logistical support for staff and postgraduate research.

“We have up to six trips a year gathering data and conducting research: almost all of it relevant to some aspect of DOC’s operations.

“I bring in collaborators from the University to address specific questions so the University as a whole has contributed substantially to the restoration programme. And the synergistic relationship between the department and University is a fantastic opportunity for our students.”

Much of the groundwork over the years has been undertaken by a couple of hundred students. Hilton proudly notes that postgraduate students from various disciplines have produced 25 theses and dissertations related to the ecology and geomorphology of the west coast dunes on Stewart Island, each adding to the science on the subject.

He says that much of the research concerns the effects of marram grass, which was planted throughout New Zealand from the late 1800s to stabilise sand dunes, but has become a major threat to the biodiversity of the dune systems.

The research includes studying the impact of removing marram grass using herbicides, and developing strategies to safeguard the native flora and fauna.

Hilton says that one surprising discovery is how marram grass seed can lie buried for long periods and then spring to life when sand dune erosion uncovers the seed. “It frustrates any restoration project, because you have to plan for decades of work.”

Related research projects include the protection of archaeological sites and the dispersal of marram grass as floating rhizomes on the sea.

Next:
How to mend a broken heart?

Next:
Risks and rheumatic fever