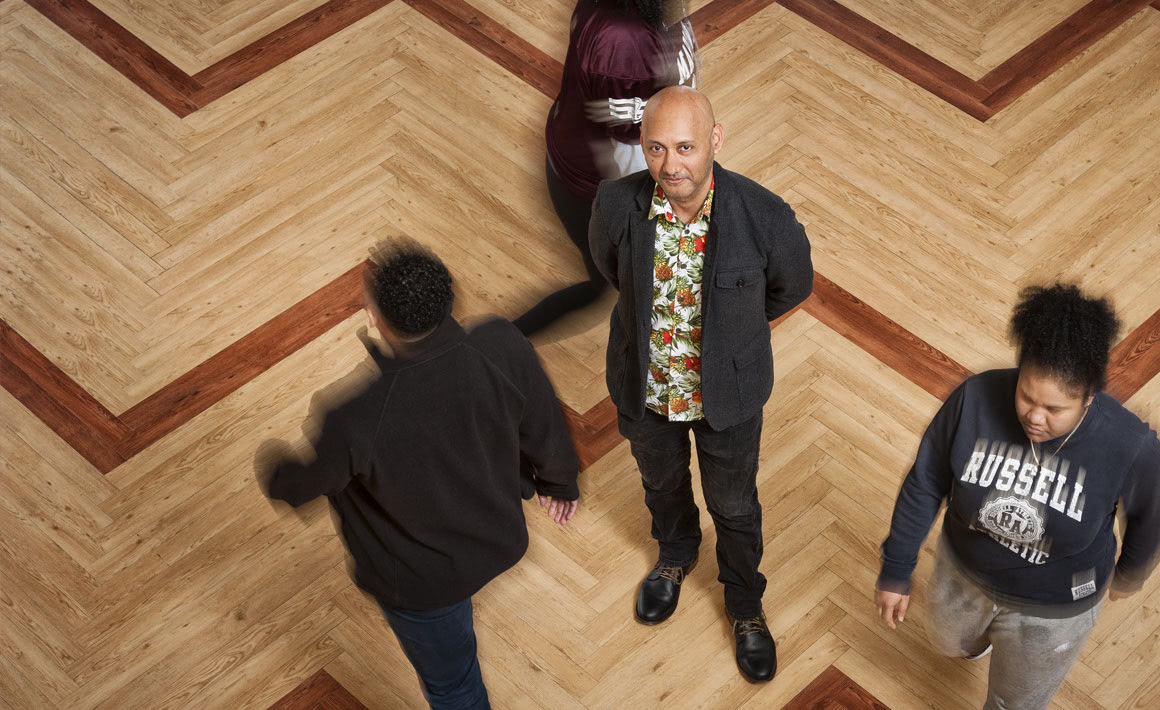 Dr Patrick Vakaoti: “It's important to understand young people generally because, globally and locally, they are a force to be reckoned with.”

The desire to explore the issues facing young people in the Pacific is at the heart of one Otago researcher's work in Fiji.

Why do some young people “make it” while others find themselves in the margins? And what is life like for those who end up outside of acceptable spaces like the home and villages? These are questions explored by Sociology senior lecturer (Sociology, Gender Studies and Criminology Programme) Dr Patrick Vakaoti.

“In Fiji, much of life is influenced by binaries ‒ there's a right and wrong way to live, speak and behave,” he says. “My initial interest in young people was sparked by the existence of those in the margins ‒ basically trying to understand why was it that some can 'make it' whereas others lead an alternative life, ostracised and on the streets.”

Vakaoti's research has primarily focused on the experiences of street-frequenting youth ‒ their school and home life, their time on the streets, their networks of friends, their relationship with the law ‒ as well as issues such as sexual assault from other street-frequenting youth and the prevalence of high-risk behaviour around drugs and alcohol. He has recently expanded his focus to include young people's political participation ‒ including in the last two Fijian elections ‒ and the identity formation of young people in a fast-changing global environment.

“In a society that's characterised by inequalities, you'll obviously have the winners and the losers. The losers are those who don't have access to economic, cultural, social or political resources. I wish to shine the light on young people as a category so that we understand who they are and the issues they face. It's important to understand young people generally because, globally and locally, they are a force to be reckoned with.”

Vakaoti, who is the Associate Dean (Pacific) in the Division of Humanities, is also committed to promoting Pacific research at Otago.

“In a society that's characterised by inequalities, you'll obviously have the winners and the losers. The losers are those who don't have access to economic, cultural, social or political resources.”

“The University of Otago is very forward looking and very pro-Pacific. We have the structures in place. We just need the people, whether that's researchers of Pacific descent, non-Pacific researchers with a heart for the Pacific or students coming through with an interest.”

One of his goals in this area is to encourage collaborations with Pacific partners. One example is growing an Otago student collective, Friends of the Pacific, that will work with peers from the University of the South Pacific to support Pacific student learning at Otago and increase access to Pacific experiences.

“The Associate Dean role is quite critical. It impacts on my research priorities with Pacific communities and the things I'm doing specifically to support the institution. My approach is very eclectic. I like work that has the ability to make an impact, to have a transformative result. You can do that on a big scale or a small scale. I prefer a small scale.”

Next:
Risks and rheumatic fever

Next:
A solution in search of a problem?