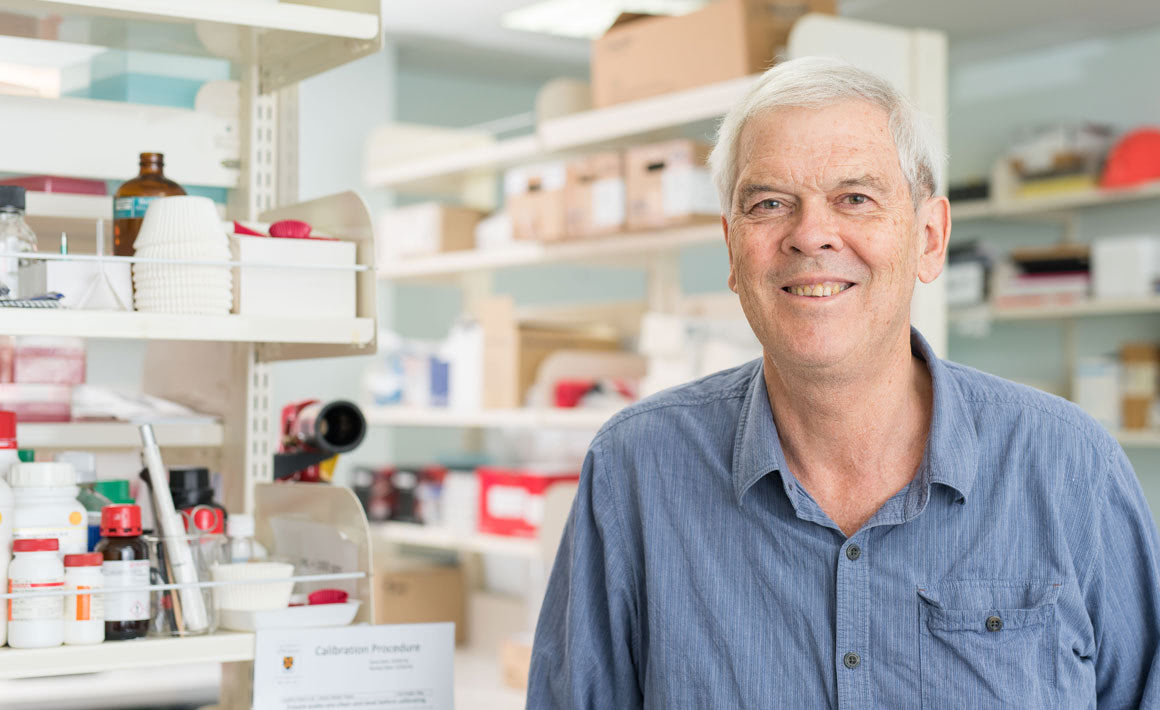 Professor Steve Chambers: All strategies would substantially reduce the number of new cases, but a combined approach was the “clear winner” in terms of impact.

Leprosy continues to be a significant problem in Pacific nations such as Kiribati. Professor Steve Chambers and his University of Otago, Christchurch colleagues are helping to find the most effective public health interventions.

Leprosy is one of the most complex and chronic of all human bacterial diseases, says University of Otago, Christchurch infectious disease expert Professor Steve Chambers. Diagnosed and treated early, patients recover with few residual effects. Untreated, it can cause blindness and result in permanent nerve damage and deformity in the hands, feet and face. Once it has developed, leprosy is a highly infectious disease requiring up to a year of dedicated treatment for cure.

While it has been eradicated in many places, leprosy continues to be a serious challenge in many developing countries, including the Pacific nation of Kiribati. Poverty, overcrowding, poor access to medical care, and stigma mean that in Kiribati the disease is still rife and a huge challenge for medical authorities to address. There is no effective vaccine for it.

Since the early 2000s Chambers has been medical director of the Pacific Leprosy Foundation and a leader in research on the condition and its impact. He regularly travels to the island archipelago to run clinics to diagnose and treat the condition, upskill local health professionals and spearhead community initiatives aimed at reducing stigma associated with the disease.

A key challenge for the resource-poor Pacific nation is finding the most effective way to prevent the disease in its population. Kiribati comprises a large number of far-flung islands and a heavily populated main island. Citizens move around frequently, making it difficult to execute vaccination programmes.

Chambers says he wanted to provide the country’s Ministry of Health with robust data on the best way to address this significant public health issue. To do this, he, Associate Professor Patricia Priest and master’s student Charlotte Gilkinson adapted a complex computer model developed by Dutch researchers to measure the impact of a range of public health interventions against leprosy.

The first strategy assessed was to give everyone in the household or close social group of newly diagnosed cases a single dose of medication to treat any incubating infection. The researchers found this would reduce cases substantially in the first two years with benefits continuing over many years. This approach would not reach all potential cases as a large proportion of cases occur in those with no known contact with a case.

A second strategy involved giving a dose of the most effective medication to everyone in the country. The researchers found this approach – which is logistically difficult because of the dispersed islands and regular movement of people between islands – would result in a more rapid drop in cases with a plateauing effect after a few years.

The third strategy was to do both of these interventions. The researchers found this combined approach would result in a rapid and sustained drop of cases with ongoing benefit. Chambers says all strategies would substantially reduce the number of new cases, but a combined approach was the “clear winner” in terms of impact.

He says the research gives the Ministry of Health scientific evidence on the impact of expensive public health interventions. The country is now making it a priority to identify and treat all patients and their immediate contacts which, according to the research, should have a significant impact.

Next:
Can good bugs make a difference in diabetes?