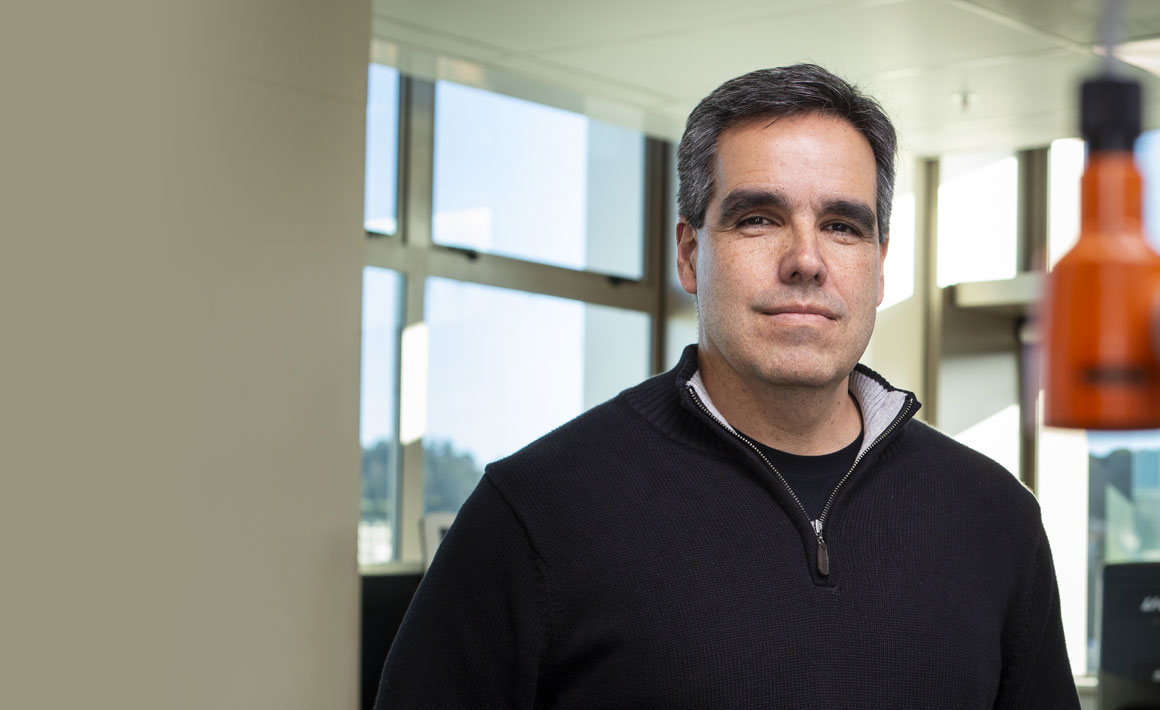 Professor Miguel Quiñones-Mateu: “You never know where the next brilliant idea, or the effective vaccine or antiviral may come from, so why not from New Zealand?”

After rapidly producing a test for COVID-19, Professor Miguel Quiñones-Mateu and Associate Professor James Ussher turned their attention to sampling the virus itself. With this resource they now have multiple projects underway.

It was summer and supposedly a time for a break, but for a number of University of Otago researchers reports from China about an unidentified illness, caused by an as yet unnamed virus, had a haunting familiarity.

For Professor Miguel Quiñones-Mateu (Microbiology and Immunology), who holds the Webster Family Chair in Viral Pathogenesis, early news coverage of what is now known as COVID-19 immediately took him back to his time working on the 2003 SARS outbreak.

“I remember saying to my wife and my daughter – this looks really similar to the original SARS virus. It’s not going to stay contained in China – it’s going to start spreading.”

When he returned to work from holiday in January 2020, one of his department colleagues, immunologist Associate Professor James Ussher, sought him out and asked if he had seen what was going on and what did he think about it?

“I said it seems like it’s getting out of hand. I told him I think it’s a matter of time before we start seeing cases outside China, so James said maybe we should be ready for this.”

Given Quiñones-Mateu had past experience in molecular diagnostics, Ussher suggested they use the combined resources of their labs to create an assay to test for this emerging virus just in case it made it to New Zealand.

“I said to James that there is no point reinventing the wheel here: let’s see what other people are doing, adapt that and have it ready.”

They found a group in Germany that had put together a reverse transcription polymerase chain reaction (RT-PCR) test, so they ordered the materials they needed and developed their own test.

Ussher splits his time between research at the University and working as a clinical microbiologist at Southern Community Laboratories, which provided a vital clinical connection.

“We worked together between Southern Community Laboratories and Miguel’s lab to set up the assay. We did it just in time because the first case in the southern region was detected on our first day of testing and it sort of exploded after that.”

Once the test was up and running, the priority shifted to providing samples of the virus for culture and genetic sequencing, Ussher explains.

“It’s fantastic to have Miguel here leading the charge, getting our PC3 laboratory up and running for viral culture – and having his experience working with SARS-CoV in the past.

“He also has a very talented postdoc fellow in Dr Rhodri Harfoot who’s worked at St Jude’s and has had past experience working at PC3 facilities with respiratory pathogens.”

Quiñones-Mateu says it took just 36 hours to sequence the full genome of the viruses collected from the first two patients.

“Having the virus opens the door to doing so many different things. We now have more than 30 different projects people want to do with us because we have the virus here. I’m talking about diagnostics methods, disinfection of PPE, vaccine development and antivirals.

“In addition to all of these projects, it comes down to my basic virology work, which we want to do to better understand the transmissibility and pathogenesis of this novel virus.”

Although there have been no major mutations in the virus, there are now several distinct clusters circulating in different parts of the world.

“It is important for us to know which virus is circulating here in New Zealand. Some came from Europe, some came from China, others from the US. So we need to keep an eye on the virus we have here and ESR is doing an amazing job with that by sequencing hundreds of SARS-CoV-2 strains. Their goal is to sequence every single viral sample in New Zealand.”

Quiñones-Mateu says a successful vaccine or a successful antiviral would have to work against all those different viruses.

“It is important to test against as many samples of the virus as possible.”

Having spent almost 15 years as the director of PC3 labs in the US, Quiñones-Mateu knows the value of the facility in not only isolating the virus but then, as potential vaccines and treatments are developed, allowing molecules and compounds developed by other researchers to be tested on samples of the virus to see if these agents will block its replication.

“You never know where the next brilliant idea, or the effective vaccine or antiviral may come from, so why not from New Zealand?” he says.

Ussher has been a keen proponent of developing a New Zealand vaccine strategy and welcomed the government’s announcement in May that it would be contributing to the Coalition for Epidemic Preparedness Innovations (CEPI) and the Global Vaccine Alliance (Gavi), as well as investing in local vaccine development and manufacture.

“I’m confident that the government’s strategy is the best way for New Zealand to contribute to the global effort and to ensure access to a safe and effective vaccine at the earliest opportunity for the people of New Zealand and the Pacific Island nations.

“This represents a significant investment and will maximise New Zealand’s chances of accessing a vaccine at the earliest opportunity.”

Prev:
Scientists rise to the challenge